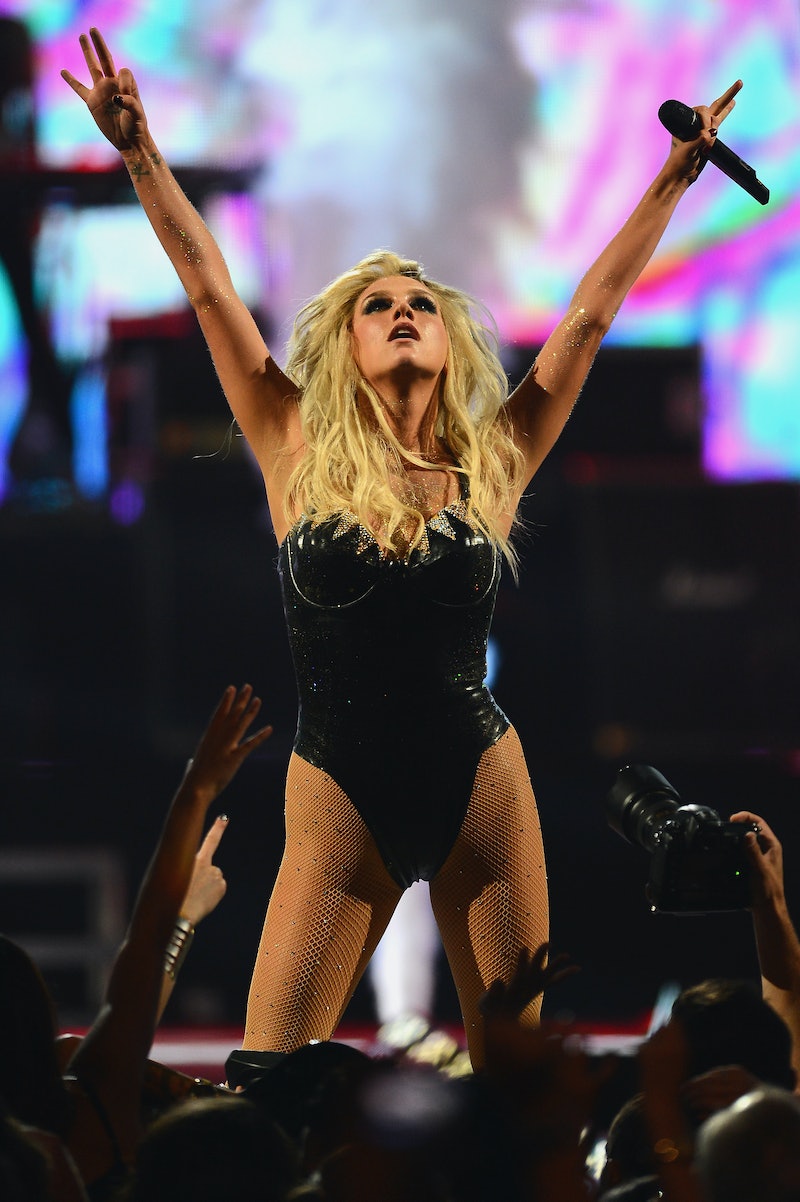 The "Free Ke$ha" movement is an uprising of Ke$ha fans taking to a web petition to liberate the "Die Young" singer from her supposed captor Dr. Luke, and those fans are on the move again. These concerned Ke$ha aficionados profess that the good doctor has "forced" her into making music she doesn't want to make and that "her creativity is dwindling and affected negativity [sic]." And while I'm all for female artists maintaining their independence and creativity, this "movement" is extremely problematic.

That's because while concerns with Ke$ha's creative ability are natural for the fans, supposing that she's a "puppet" with no sovereignty over her own life is the opposite of support. The problem with that assumption is that it actually buys into her side effect of an image as sloppy, constantly-partying drunk. Why is it so easy to assume Ke$ha has no authority over her own life? Because that's coupled with the idea that she has no authority over her own arms and legs and her ability to not stumble, either.

"Free Ke$ha" aims to be supportive, but in actuality, it serves to make other decisions for her without her input — the exact thing her super fans are claiming Dr. Luke is doing.

First, these fans need to stop assuming that Ke$ha can't make her own decisions. She's been quoted touting her own feminist viewpoints, debunking the notion that she is the same party girl she plays in music videos:

If men can talk about drinking in every awesome rock ‘n’ roll song and every awesome rap song, why can’t a woman? Just because I drink doesn’t mean I’m a drunk. Just because I have sex, and I’m not embarrassed doesn’t mean I’m a whore. If men can do it, why can’t a woman do it? I really feel one of my main reasons for being on this earth is to level out the playing field just a little bit.

This is the woman fans are getting behind — a woman who heralds her own strength and independence, not someone who's weak enough to stay captive in a record contract when her inner muse is begging to get out. Talking about her edgy and sometimes unpalatable lyrics and image, the singer told Glamour "I know that I have balls. I have bigger balls than a lot of the men that I meet. I'm just a ballsy motherf--ker. I'm not afraid of pushing boundaries. That's what you have to do to become an icon."

These are the words of someone who knows what she's doing.

If Ke$ha is really being "FORCED" into music she doesn't like, as she tweeted and then retracted last December, then she's not the strong woman she declares herself to be. If she's being creatively stifled, why not do everything in her power to break her contract or be dropped from her label? Why not go independent? She's not being held in a jail cell at the Sony Music offices on Madison Avenue. She's a free, intelligent woman who read and signed her contract. Entering into a deal with a label that seeks to proliferate her current sound and image was a very real decision that Ke$ha made with this little thing called free will.

Should she decide she hates that decision, that's unfortunate, but this contract is not something she needs to be rescued from. It was her decision to get into that contract, it's her decision to stay in it, and if she really wants to do something different, it would require her decision to fly the coop and risk trying to make it in the music business elsewhere.

Be as supportive of Ke$ha's creativity as possible; be vocal; tell the artist and the label what you want to hear. But don't assume Ke$ha has no control over her own life. She's not some mentally unstable starlet who's stuck in her own bourbon-laced cloud. She's an intelligent person who knows what she got herself into. If you want her to be free, tell her that. After all, the point of freedom is allowing yourself to be your own agent of change. If Ke$ha's ever going to be "free" you have to let her be the one to liberate herself.