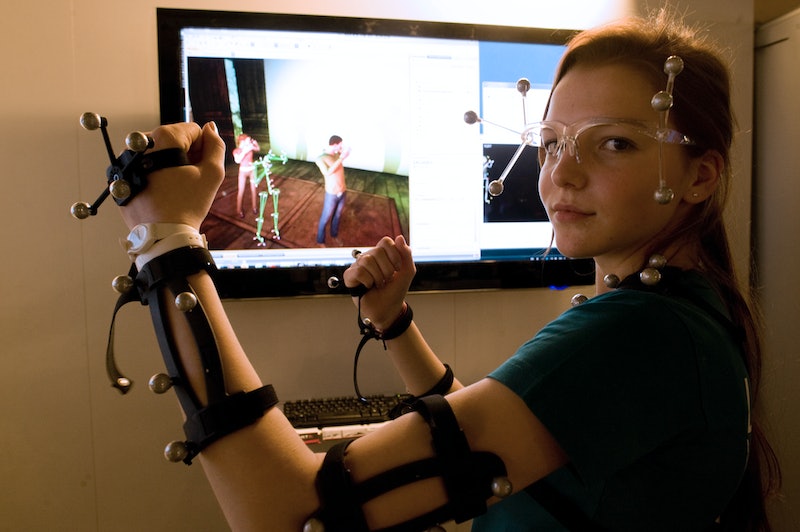 Women are drastically underrepresented in STEM fields, despite the fact that plenty of girls are interested in science at a young age. So what gives? A new ad from Microsoft's DigiGirlz program might be able to point us in the right direction: Girls start off interested in science, but lack the encouragement and the support to keep at it.

The lack of women in STEM fields is a complicated problem with lots of contributing factors — social pressures that present math and science as supposedly "masculine" disciplines, for instance, and male-dominated work environments that can create hostile workplaces for women. But one thing you can't blame it on is women not being naturally good at math and science; in fact, girls get better grades than boys in math and science at virtually every grade level. And it's not because women are not naturally interested in these fields; as the video itself points out, seven in 10 girls are interested in science.

So what goes wrong once women hit adulthood?

Well, like I said, there are all sorts of things that can go wrong — but as you'll see in the video, here are a few issues that can already affect young girls:

"I used to think technology was great... and then I started thinking it was more of a boy's thing."

The assumption that science is for boys is everywhere. Even kids will eventually start to pick up on it.

"They think that inventing is for boys because they have Albert Einstein."

When we only teach kids about male inventors and gloss over some of the incredible women in scientific history like Marie Curie or Rosalind Franklin or Ada Lovelace, we send the message that science has only ever been for men. In reality, though, that couldn't be further from the truth.

"There used to be [another] girl in the robotics Class, but she quit. And so I'm the only girl left."

When we don't encourage girls to pursue their interest in science, we not only do a disservice to the girls who wind up never exploring science beyond standard science classes, but moreover, we leave the ones who do out there on their own.

In light of all this, it's always nice to see a major company like Microsoft doing something to support girls. Microsoft does still have a few issues of its own when it comes to gender inequality — that gaffe CEO Satya Nadella made when he said that women shouldn't ask for pay raises, for example, as well as the fact that upper management positions in the company are heavily skewed towards men — but still, it's great to see programs like Microsoft's DigiGirlz trying to make a difference for girls who love science.

More like this
Amanda Gorman Shared A Powerful Message On Meghan Markle’s Penultimate Podcast
By Darshita Goyal
Claire Foy & Rooney Mara Revisit A Devastating Tale In 'Women Talking'
By Bustle UK
Here’s Your Daily Horoscope for December 5, 2022
By Mecca Woods
7 Dos & Don'ts To Follow For The December 2022 Full Moon
By Brittany Beringer
Get Even More From Bustle — Sign Up For The Newsletter