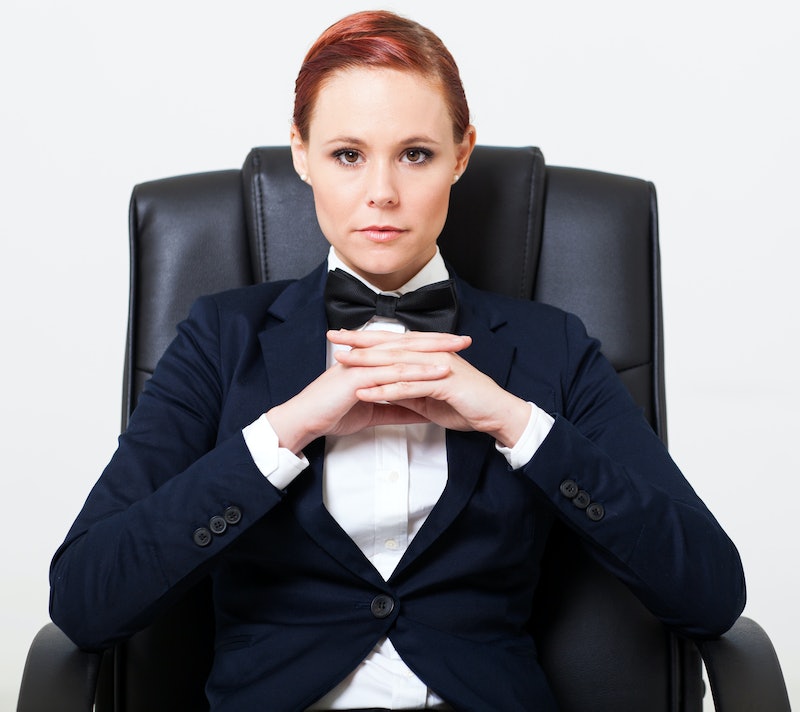 Nine years ago, long before I was the city mouse that I am today, I was a prudish young thing fresh off the bus from New Hampshire. I had come to New York City, like so many others do, to fulfill my dreams. But, like so many others, I had to take the first job that came my way. I became the office manager for a jewelry company — it was the only place that called me for an interview out of the dozens I'd sent resumes.

I was hired on the spot.

The small office held four designers, a saleswoman, and me, with a 12-line phone despite the fact that we never got more than a few calls a day. I was paid 20k for my work — an obnoxiously low amount even nine years ago — and my desk was void of a computer as it was decided that a computer would distract me from answering the phone. My days were long, to say the least. Oh so long.

I kept to myself, happily so, and because of my placement in the office, I was removed from the rest. The only person with whom I had any contact was the saleswoman who was also my direct boss. We’d occasionally chitchat about the weather and our weekends, and that was the extent of our personal involvement.

A few months after I started, my birthday rolled around. The company bought me lunch, and my boss called me into her office to give me a gift. Since I was making very little money I had hoped it would be a gift card for food or something, but the package in the bag was too big for that unless, of course, she was one of those tricky wrappers who delight in putting tiny things into big boxes. Either way, I was excited for the gift.

Then I opened it.

At first, I didn’t tell a soul.

Over the next couple months, things got even weirder. After the initial push for details about how the vibrator made me feel and, thankfully, my ability to turn the tables so she’d discuss her life instead, she started prying into my sex life. It wasn’t done in a friends-debriefing-over-brunch-about-sex sort of way because, for starters, we didn’t have that relationship. It was as if she was trying to compare notes and one-up me. My sex life had barely begun at the point, but what little fodder I had for story time wasn’t about to be shared with my boss, no matter how much she pressed for information.

Then she and the guy she was seeing ended things, and it just got even weirder.

In between giving me the gross and sticky details of her one-night stands, she also gave me “advice” on how I could land a man and how I should really showcase my “titties” (she always used that word), if I were going to ever get some ass in New York City. I’m the first to admit that I have a great rack, but to have my boss acknowledge it and tell me how to “get those titties out there" was way outside the bounds of normalcy.

Within the next few weeks, her behavior became more and more erratic. She was calling me all the time telling me about the messiness of her sex life and how she couldn’t understand why she was chasing men away when she told them she loved them on the first date. By this time, I had learned to robotically respond to her stories with “Oh, no” and “So weird,” and “Ugh, that sucks.”

Not long after this period of time that, looking back, appeared to be some sort of manic episode, she got into an argument with the owner of the company and was let go. I never got the details on exactly why, and honestly, I didn’t care. It didn’t stop her from calling me all the time.

She called me at work accusing me of turning the company against her. She said that I was jealous, that I was starting a revolution, and a bunch of other babble that didn’t make sense. Then at night she’d call to tell me about her sex life again, as though her earlier berating hadn't happened. I eventually changed my number.

Looking back, I can now pinpoint it as sexual harassment. A few years later I was sexually harassed by a male boss, and though that also took me a while to recognize, the male/female dynamic seemed to make more sense so I was able to recognize the harassment as a fact. With my straight, female boss, the realization was difficult to admit to myself.

Workplace sexual harassment, if we’re to use the simplest definition, occurs when unwanted sexual advances or any behavior/language of a sexual nature leads to a “hostile or offensive work environment.” The way I was made to feel for those months definitely falls within the realm. I hated my job, but not for the reasons that most people hate their jobs. I hated it because I couldn’t stand to be put in situation after situation with a woman who clearly didn’t understand what her words and actions were doing to me.

While later on it would become clear that there was something off about her on many levels, it doesn’t excuse her behavior. If it were to happen to me now, the story would be different. I’d tell her the impact that she was having on my well being and the emotional toll it was taking to tolerate it all for the sake of staying in New York City. Instead, I hid behind my awkwardness and cried to my mom on a nightly basis.

I know in my heart that this particular boss was a good person who just may have been a bit confused as to what was appropriate. But as much as I want to convince myself that she didn’t mean it, the reality is it happened. She was my female boss, and her gender and sexual orientation shouldn’t deplete the magnitude of the effect it had. Sexual harassment may be a hard thing to prove in some cases, but I know now that’s exactly what it was.

More like this
Here’s What Sarah Jessica Parker’s Canned Cosmo *Actually* Tastes Like
By Emma Garza
What Is “Night Luxe?” Breaking Down TikTok’s New Aesthetic
By Courtney Young
Here's The Spiritual Meaning Of The May 2022 New Moon
By Nina Kahn
Your Moon Sign, Explained
By Nina Kahn
Get Even More From Bustle — Sign Up For The Newsletter