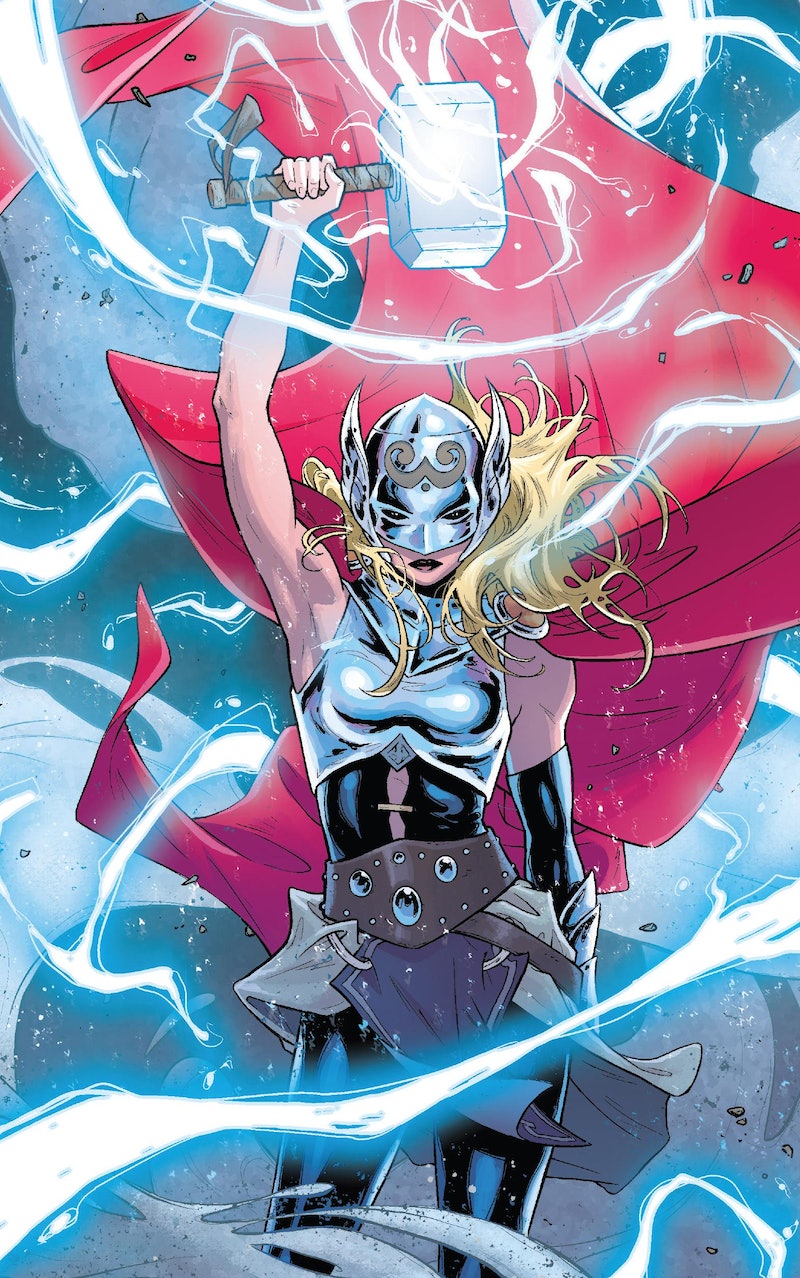 For everyone who stood up against online trolls and championed Marvel's decision to have a female Thor wielding the famous hammer, you have been vindicated. In (super-exciting, awesome) new stats, comics starring the new female Thor are far outselling older, male Thor comic books. Far outselling. According to Fusion:

While the audience breakdown is not available and there’s no way to know if the new Thor is bringing in more female readers, it is clear that she’s outselling the last series by A LOT. The first four new Thor books are currently selling more copies than the last four Thor books from 2012 by close to 20,000 copies per month, not including digital copies.

The new Thor also premiered with crushingly high numbers compared to the premiere of Thor: God of Thunder, selling 150,862 copies in October 2014 to Thor’s 65,513 in November 2012.

When Marvel announced that a woman would be stepping into Thor's role, misogyny and sexism spilled all over the Internet as some comic fans decried the decision behind a facade of "tradition" and being against "gimmicks." As for the creators? Writer Jason Aaron and illustrator Russell Dauterman have always stood by the idea that the original Thor storyline made it clear that anyone, man or woman, could pick up the hammer and become Thor. Aaron has stated that the decision to make Thor female was entirely "story-driven," though that didn't quiet the fans claiming a gimmick-conspiracy from Marvel. And with the recent sales numbers, she likely won't be going away any time soon.

While there are no stats (yet) on the gender of those buying the comics, its clear that Marvel's new direction is paying off — big time. But really, a female Thor shouldn't even have been this controversial or this much of a risk, as Facebook statistics show that women make up around half of self-identified comic book fans. Despite the proliferation of female fans, women have long been victims of sexual objectification in comics, even just this week with the controversial Batgirl and Joker cover. But the sales numbers don't lie, and the massive success of a female Thor should be a motivating factor for every other comic book creator to start putting putting powerful women front and center.