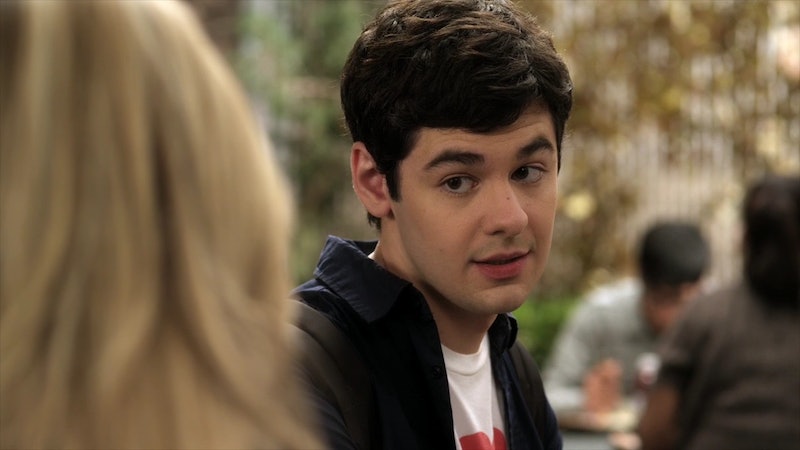 It's almost crunch time, people. For weeks Pretty Little Liars has promised a big A reveal, and we'll finally get it in Tuesday's episode of the ABC Family series. While the show most likely won't reveal the exact identity of Big A, we will get close to finding out who this psycho is, and maybe even find out who is working for the hooded figure. One clue that fans have been tirelessly trying to decipher is the alleged anagram that Mona left in a note for the girls. While the Liars have yet to rearrange the letters in Mona's three-sentence note (seriously, why aren't you guys getting on that?!) there are plenty of theories as to just what the note could mean. One theory? That the note reveals an anagram that points to Lucas, the dorky-but-sweet sometimes-important character may not be all he appears to be.

Mona was a huge mystery, so it makes sense that her final gift to the liars was mystery in itself. The three phrases Mona left in her note all feature the same letters and can be arranged in many ways, including "Charles DiLaurentis" and "Rachel S. DiLaurentis." But while it's tough to shake the DiLaurentis part of the name, it could also be a red herring for the real phrase, which could be this: "Nerd Lucas is the liar."

Lucas has been suspected of being A before, but whenever he was about to be revealed as a big bad, he had a perfectly good explanation. Lucas even worked for Mona on the A team, stating that she blackmailed him into torturing the girls. It was a likely story then, especially since Lucas ended up telling the girls "the truth" and even helped them catch Alison at the Christmas party. Lucas certainly seems like a good guy (even if he's had his moments) but what if that's all part of the act?

The biggest clue for me is that Lucas seemed so ready and willing to help Mona take down A. (In this case, thought of as Ali.) Sure, Lucas and Mona bonded back when Ali was their foe, but after Mona got popular she treated Lucas like total dirt. She bullied him in the same way that Ali tortured them both, and then, when Mona took on the role of A, used him as a pawn in her own revenge plot against the girls. That would be enough of a reason to double-cross Mona, and Lucas is just unstable enough to do that. Could he have pretended to go along with Mona's plans to catch A, when really he was working for A the entire time?

If the anagram really does stand for "Nerd Lucas is the liar," you gotta hand it to Mona — she knew how to keep her cool around someone she believed was her enemy. Let's hope that we get this reveal on soon — not knowing who to trust is getting stressful.