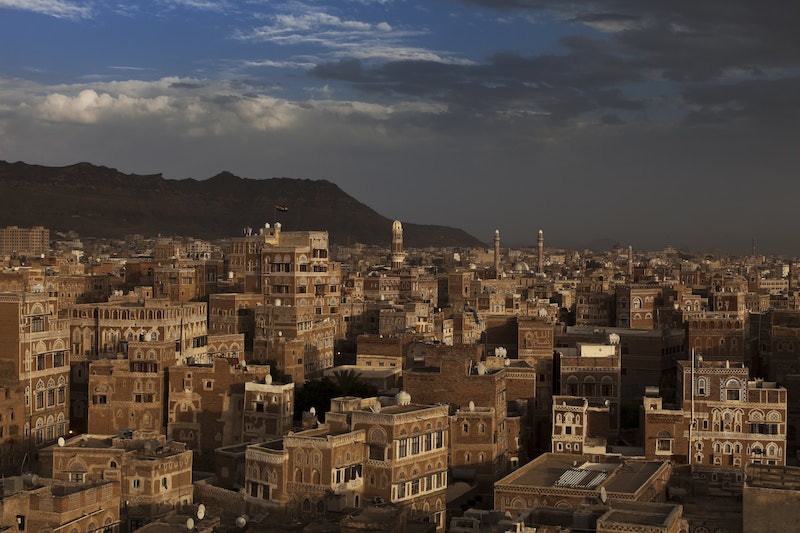 Three bomb blasts have left a reported 137 people dead and 345 injured in the Yemeni capital of Sana’a Friday, after suicide bombers targeted mosques attended by Shia Houthis. Yemen has been in upheaval since the rebel Houthi militia swept down from the north in September, seizing Sana’a in the process and attempting to consolidate power. The power grab in the already unstable country has led to heightened sectarian tension, according to the New York Times — with this attack the latest in a series of anti-Houthi assaults. Update: In a statement online, an ISIS division has claimed responsibility for the Yemen attacks and warned of an "upcoming flood" of attacks against Houthis. The AP reports if the claim is true, this would be the first major attack carried out by ISIS supporters in Yemen, where rival group al Qaeda holds operations.

The mosques, strategically hit while thronged with the faithful during weekly prayers, are named as the Badr mosque and the Al-Hashahush mosque by the Guardian. Both mosques cater to the capital’s Zaydi Shiite population — followers of Zaydiyyah, a school of thought within Shia Islam almost exclusively practiced in Yemen. According to the Yemen Times, the ascendant Houthis practice a “hardcore” version of Zaydism. Most of the Badr and Al-Hashahush worshippers are thought to be Houthi supporters.

Backed by Shia Iran, the Houthis are considered heretics by Yemen’s active Sunni extremists. In January, a car bomb killed 38 people outside a Sana’a police academy; no one claimed responsibility for the incident, but Al Qaeda in the Arabian Peninsula is a powerful destructive presence in Yemen. The previous month, attacks by the Sunni group killed around 40 people. Prominent Houthi leader Abdel-Karim al-Kheiwan was shot and killed in Sana’a on Wednesday, and Al Qaeda promptly claimed responsibility for his death, according to Al Bawaba.

Yemen has been unravelling since 2012, when thoroughly corrupt leader Ali Abdullah Saleh was accused of supporting the Houthis and ousted from power. In the Houthis' September assault, U.N.-backed President Abd Rabbu Mansour Hadi was placed under house arrest. Hadi has since fled to Aden, establishing a rival seat of power with Gulf support. The embassies of the Gulf countries followed suit — while several missions including that of the U.N., U.S., U.K., and France have closed completely due to security worries.

With allegedly over 130 dead and more than 300 wounded in the latest attack, the rebel’s television station has said the capital’s hospitals are in urgent need of blood donations, the Guardian report. Witnesses told the AP that two bombers had attacked the Badr mosque — one entering and detonating his device, while the other bomb exploded at near the exit as panicked worshippers tried to escape. “The heads, legs and arms of the dead people were scattered on the floor of the mosque,” said eyewitness Mohammed al-Ansi. “Blood is running like a river.” Children were among the slain.

The attack comes a day after heavy fighting in Hadi’s stronghold of Aden left 13 dead, after fierce gun battles flared up between Hadi-loyalists and those who back former president Saleh.