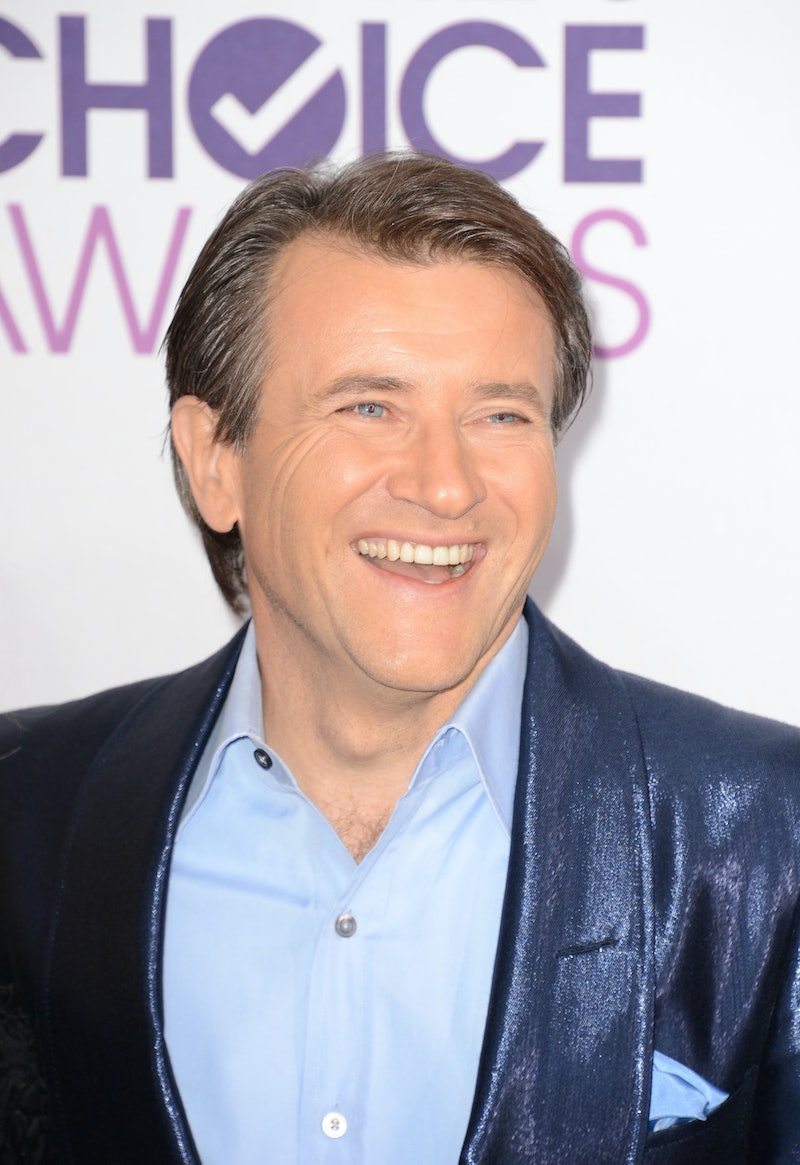 All faithful Shark Tank watchers are familiar with business mogul Robert Herjavec for his role as a Shark. He is smart, creative, and personable and has definitely been a favorite with viewers. Now, even more people are getting to know the investor because he is a part of this season's cast of Dancing with the Stars . For instance, who are Robert Herjavec's kids?

Since DWTS is such a popular show, Herjavec's personal life is of high interest. People are asking questions that they never have before in a quest to get to know the media personality a little bit better. They are curious about how he is coping in the wake of a dramatic separation from wife Diane Plese. And personally, I became curious about who Herjavec's three kids are when he talked about having suicidal thoughts following his split and mentioned that his children stopped talking to him in response to their parents' separation. Herjavec said, "Everyone has their kryptonite. For me, it was my kids. It took me to a place I never thought I would go."

This was probably very tough because his three kids are in high school and college. They are not quite full-on adults, but they are able to form opinions of their own and act on their own accord. It's hard to find much information about the Shark's three children, but here's what we know.

Brendan is Herjavec's only son. Seeing as he is not a celebrity himself, none of the social media accounts with his name are marked as "verified." However, there is a Twitter account that appears to be legit and has a biography that indicates he attends Laurier, a university in Waterloo, Canada. According to the same biography, he is going for his BBA, a Bachelor's in Business Administration, with a focus in marketing and a minor in economics. All of the tweets are about business and social media which, from personal experience, makes me think that this was an account that he made specifically for a business class assignment. I assume he has a more personal account hidden somewhere in the cyber universe.

I also stumbled across an Instagram account that makes him look like the typical college dude: partying, lifting, and hanging with friends. He even posted a photo wearing ugly Christmas sweaters from a Shark Tank approved company called Tipsy Elves. So even if this account is not actually his, the photo exists and we at least know that he supports the Shark Tank business. This is especially true since Robert Herjavec posted the same photo on his Twitter account — so at the very least we know for sure what Brendan Herjavec looks like.

Caprice Herjavec is even more tough to snoop on than her brother Brendan. There is an actress named Caprice Herjavec on IMDb who has three acting credits for television movies that came out in 2008, 2009, and 2013. It is unclear if that is the same Caprice Herjavec as Robert Herjavec's daughter. It'd be surprising if that was be a common name that could be mixed up with another person, but it's possible. There's also a Caprice Herjavec Twitter account with zero followers, zero accounts followed, zero tweets, and no profile picture, so that's obviously a dead end as well.

I did find a National Post article from 2012 about a then 14-year-old Caprice Herjavec becoming Mayor for a Day in Toronto, Canada. In this article it is confirmed that this is actually about a Caprice who is Robert Herjavec's daughter. The article stated that Caprice was a national level competitive swimmer. Go, Caprice!

Skye Herjavec is even more of a mystery than her two siblings. The only thing I can devise is that she is a member of Pi Beta Phi sorority at USC after reading the biography in a private Instagram account that I believe is hers since it is the first account followed by the account that I believe belongs to Brendan. Whew!

So, this investigation did not yield too much detail, but that's probably a good thing. Even with their father's media profile on the rise, the three Herjavec kids have managed to keep their lives private and stay out of the public eye.