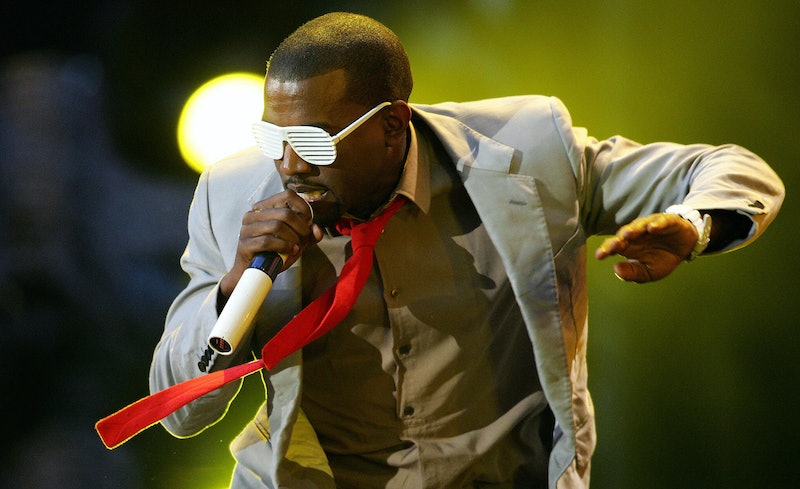 Nothing feels better than when someone believes in you. Kanye West must be on Cloud 9 this morning, as Barneys just announced they would stock the Kanye x Adidas clothing line, otherwise known as Yeezy Season 1. And it will be presented in a very Kanye fashion, indeed!

Tom Kalenderain, executive vice president and general merchandise manager of men’s for Barneys, told WWD that "the product is just right for the moment." Kalenderain also stated the line will be launched in the store as a collection, meaning it will include everything from apparel to bags to footwear.

More specifically, the Yeezy Season 1 offerings will be found on the eight floor of of the Madison Avenue flagship store. And, better yet, ONLINE. Yup, you can soon scoop up some Kanye style with a few clicks of the button. Hopefully this guy will raise enough money to buy some pieces, because they will soon be everywhere.

After debuting his collection at NYFW and making some high-profile appearances at PFW, the international celebrity has made some serious headway with his design career. I'm sure Barneys won't be the only retailer to buy into Yeezy Season 1.

Imma let you finish, Kanye, but I'm expecting lower prices if your pieces are about to be everywhere.