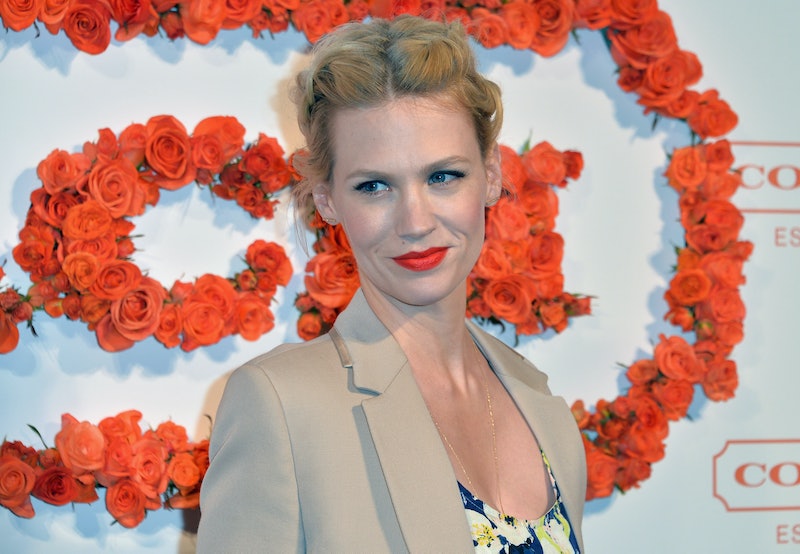 January Jones' upcoming film, Sweetwater, still hasn't hit theaters, but a sneak peek has come courtesy the World Wide Web via leaked photos of Jones shooting a gun while topless. As one does.

And so Hollywood's favorite ice queen is steaming up the Internet, which has gone atwitter over the pictures. (Seriously, just search "January Jones" on Twitter.) If you feel so compelled, the leaked photos from the film — in which Jones plays a prostitute — can be viewed and shared with your creepy uncle here. But since we're all about equal opportunity here, you can wash down the dread associated with that click with these pictures of Jones' Mad Men co-stars shirtless.

"What you call love was invented by guys like me." We'll ignore that sentence ends with "to sell nylons," Don Draper.

When God closes a door, he opens one featuring a shirtless Roger Sterling.

Bob Benson may be a spy, or a figment of SCDPCGC's collective imagination, or simply a homeless man with nowhere to go. But who wouldn't invite this in?