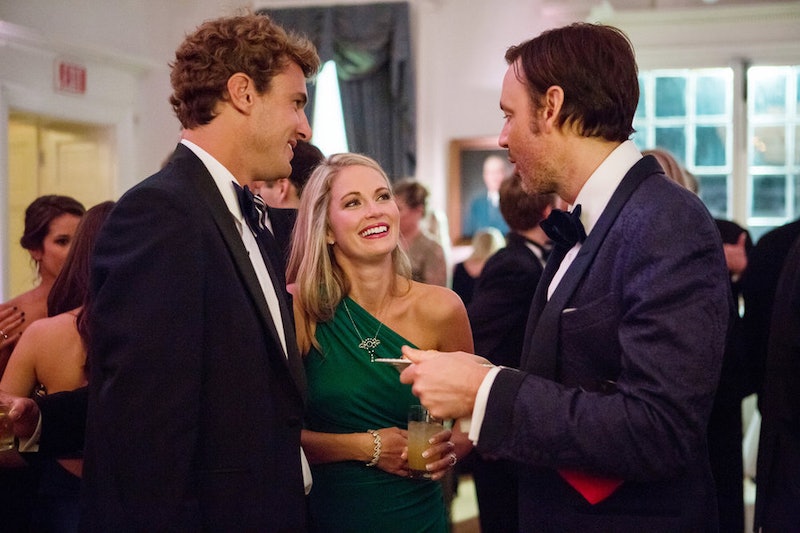 There may have only been one episode of Southern Charm so far in Season 2, but it's already pretty obvious what this season is going to be about. With the introduction of Shep's friend/old fling, Landon, Kathryn and Thomas figuring out how to be parents, and everything in between, this season is undoubtedly going to be just as dramatic as the first one was. We may have only gotten a taste of it, but based on that premiere episode and the promos that Bravo has released so far, it's pretty easy to make a few predictions about what Season 2 of Southern Charm holds.

Just think about it: In the season premiere alone, we got a taste for what everyone's up to — Cameran's married, Shep's got a crush, Kathryn and Thomas are holding a second baby shower (which, in and of itself, says a lot), and Craig is refusing to go to work if it cramps his style. Is that not the entire show in a nutshell? And if we're going to judge the entire season based on that beautiful hour of television Bravo gifted us with, it seems like every episode is going to be action-packed.

And as someone who's spent most of the past year dying for this show to come back, I'm so ready for it.

Kathryn & Thomas Will Be The Drama

And apparently, it will be because Kathryn and Craig got caught canoodling on the beach... and when Thomas finds out, it's not going to be pretty. But it's not that this transgression is going to be the only source of trouble in their relationship. This is Kathryn and Thomas we're talking about — AKA the most unstable couple on the planet. It will take more than Craig to rock this ship (and also, nothing at all).

Patricia Will Be Fabulous

Can you imagine bringing a butler to a party with you just so he can crush your ice with a mallet just the way you like for your drinks? That's a new level of wealth that I cannot even fathom, especially since I'm just happy to have an automatic ice maker in my freezer. I didn't even know this kind of opulence existed until I saw Michael in Thomas' kitchen, happily chucking away at that ice at Patricia's request.

They totally like each other, and isn't it time for Shep to get into a real, serious relationship for once and for all? Cameran might not think it's possible, but I definitely do. And Landon seems like a nice, normal girl who could probably bring him down to Earth when he needs it, which is most of the time.

Thomas Will Lose Another Election

Anyone who has watched this show already knows that Thomas Ravenel is a poor choice of representation in the Senate — and he seems like he thinks a senate seat should just be handed to him. For my own satisfaction, I want to watch him fail (and if you check out the local news about the election, he did) so that he can realize that you have to earn the things that you really want, not just buy them.

Cameran Will Continue To Be The Most Level-Headed Charmer

Except for her husband, Jason, who is so level-headed that he refuses to be part of this Southern Charm circus at all.

Craig Will Get Sooooo Fired

Who rolls into work whenever they want to because they were out last night partying and they "work better in the middle of the night"? Craig's boss had better not let him get away with that kind of behavior! (And from what we can tell, he won't.)

Whitney Will Continue To Boss Everyone Around

And in the harshest, most condescending way possible. And even though he might not necessarily be right to do it, it will be delicious to watch every time.