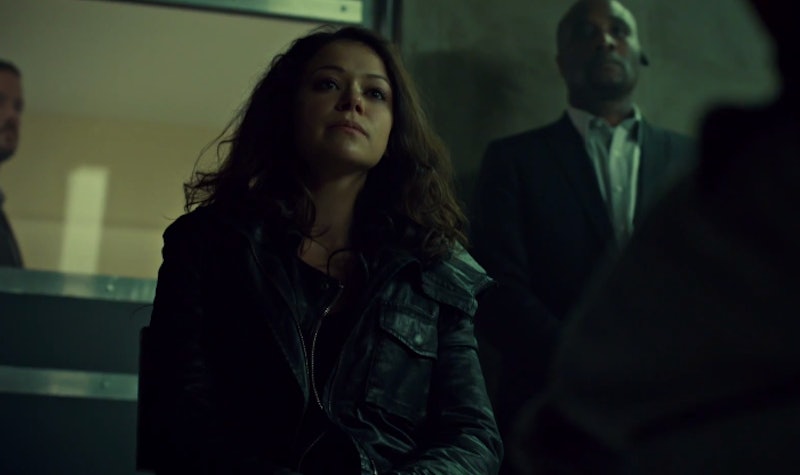 "You're a legend, Sarah Manning." "You're a myth." This season of Orphan Black will be shaking things up, but is that any surprise? The cult fave BBC drama capped off last season with a ground-shaking reveal: That Sarah, Alison, Cosima & Co. aren't alone in Cloneville. In fact there's an entire offshoot of male clones, some of whom they'd been dealing with all season. And the newest sneak peak into Orphan Black Season 3 features longtime clone hero Sarah Manning coming face to face with one of those Castor clones. Things...escalate.

It's probably safe to assume that while they won't be exact copies of the strain of clones we've gotten to know over the last two seasons, these new ones will follow roughly the same rules — namely, that their bodies do not dictate (most) of their personality. In other words, that some of these clones will be quite nice and level-headed while others could potentially be killers a la Helena or lapdogs a la Rachel.

Either way, we've got a veritable treasure trove of cloneliness heading our way — including potential clone rivalries. And certainly there will be lots of questions about family: Will Cosima survive the season? Will any of the Castor clones be welcomed into the fold as an ally or brother? We've only got to wait until April 18 to start the journey to finding out.