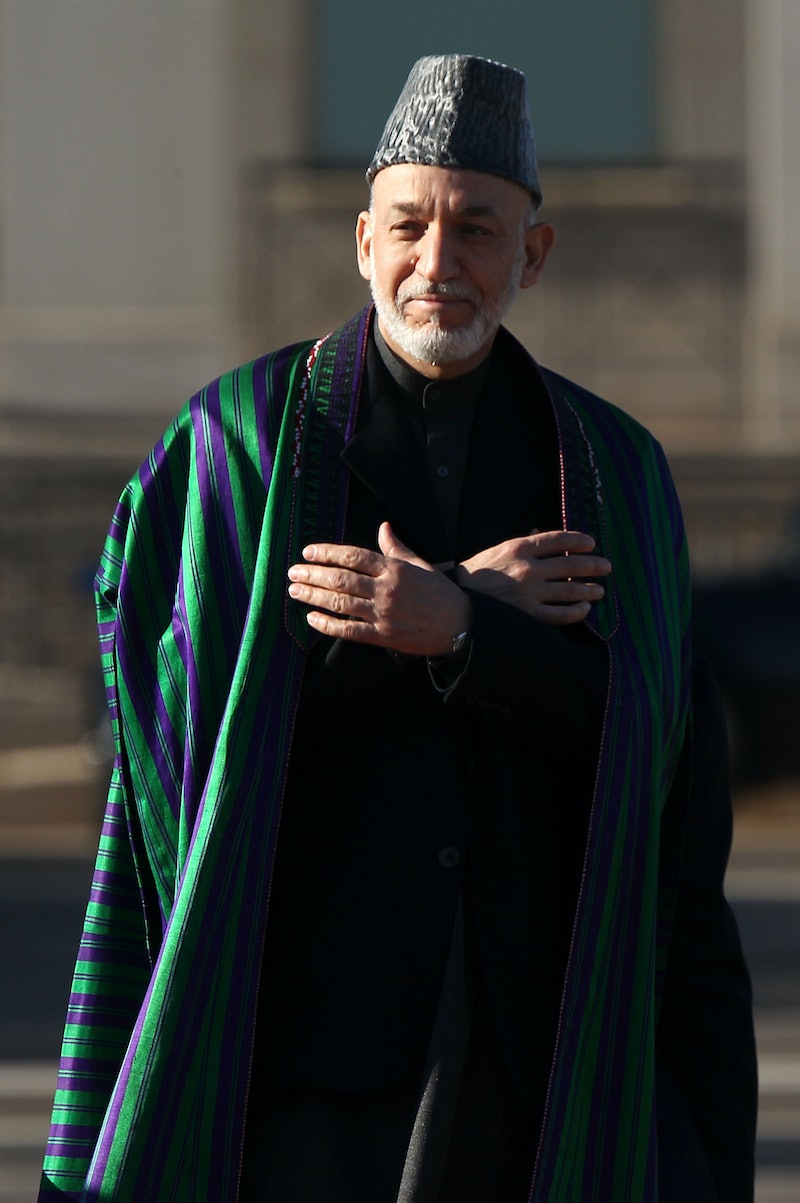 Things were starting to look rosy again in Afghanistan Thursday, when the Taliban offered a possible prisoner exchange with the U.S...until negotiations were thrown into question due to an unfortunate choice of flag.

The possible exchange was one of the first items on the Taliban’s agenda, according to Taliban spokesman Shaheen Suhail. He said that it would help to build trust with the U.S., adding that “step by step, we want to build bridges of confidence to go forward.”

The Taliban was offering Sergeant Bowe Bergdahl, who disappeared in June 2009, for five Guantanamo prisoners.

The flag was quickly taken down, but then rehoisted on a shorter flagpole, the BBC reports. Productive.

In the meantime, as the the U.S. prepares for withdrawal, it is also destroying over $7 billion worth of military equipment and selling it off, because it's too expensive to ship it back to America.