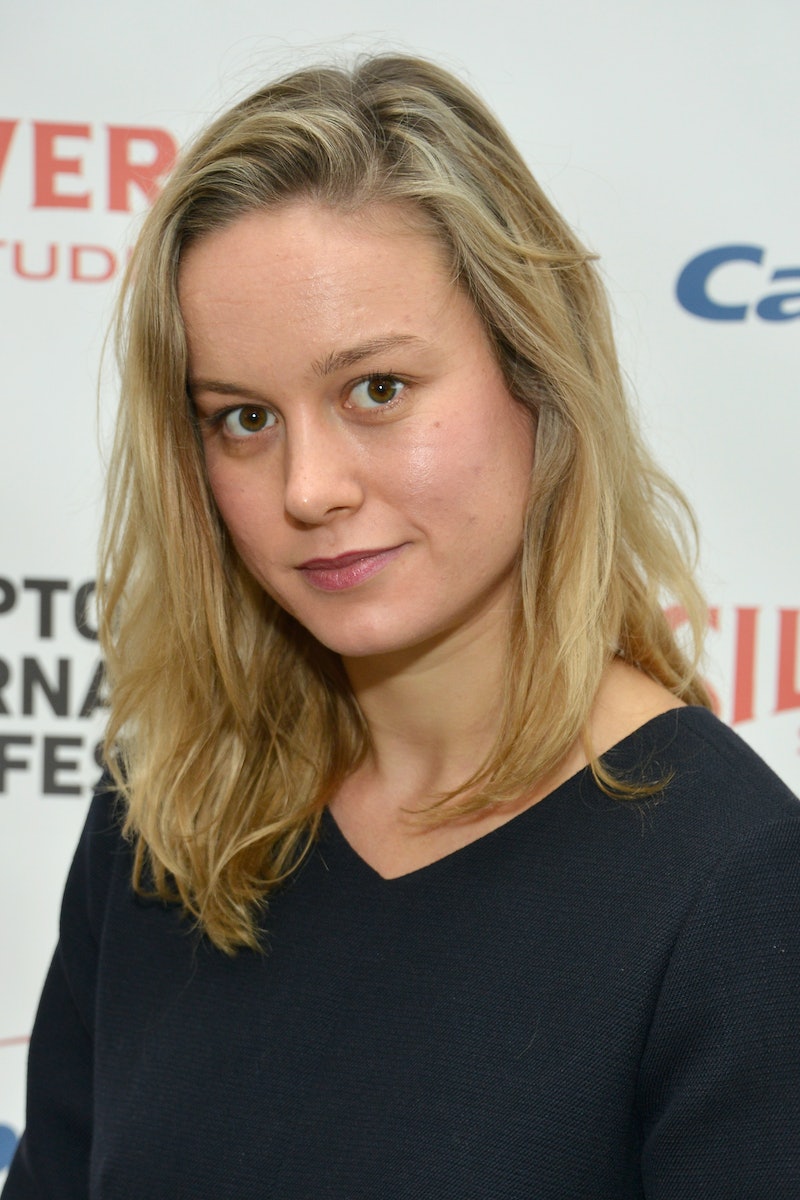 Exciting news for Brie Larson fans: the talks are still early, but it looks like Larson will star alongside Mark Wahlberg in The Gambler , an upcoming Paramount-produced drama. The 24-year-old actress would play a college student who Walhberg's literature professor falls in love with. The Gambler, directed by Rupert Wyatt (Rise of the Planet of the Apes) and written by William Monahan (The Departed), is a remake of the 1974 film starring James Caan.

Starring in a big-studio drama would be a major career milestone for Larson, who has made her name in critically adored but financially modest indies. A hugely praised lead role in this year's Short Term 12, as well as small but significant turns in The Spectacular Now and Don Jon, made Larson a breakout star of 2013, but a role in a movie like The Gambler would bring her to the top of critics' attention. A few years from now, Larson could easily be competing against Scarlett Johansson, Jennifer Lawrence, and more as one of Hollywood's most coveted actresses.

It's wonderful that Larson's career is taking off, and not only because of her impressive talent; 2013 may have been her breakout year, but she's been working steadily ever since 1998. After 14 years, it's due time that Larson finally gets the notice she deserves. That's not to discredit the work she's done already, though. Even before Short Term 12 and Don Jon, Larson had built up a lengthy resume filled with parts in some of the most loved movies of the past decade. Some highlights:

Larson only had a small, blink-and-you-miss-it part as a Six Chick in this beloved 2004 comedy, which starred Jennifer Garner as an unhappy teen who wishes herself into becoming an adult. (See the actress above, right.) Sure, Larson's screen time may not have been long, but 13 Going on 30 has become something of a classic, and the term "Six Chicks" is now synonymous with the popular, mean, and scrunchie-covered girls that ruled middle schools all over the country.

If you weren't a pre-teen girl in the mid-2000s, then there's a good chance you skipped this one out. By doing so, though, you missed a cast that included Larson, Spy Kids-era Alexa Vega, Jane Lynch, Steve Carrell, and Jeff Garlin, and a plot that managed to cover cliques, scavenger hunts, clubbing, bullies and more all in the span of 90 minutes. Like in 13 Going on 30, Larson plays one of the mean girls, and does a pretty convincing job for a movie that earned a paltry 15 percent on Rotten Tomatoes.

A poorly made movie based on the much-better Carl Hiaasen novel, Hoot bombed with critics and audiences, but managed to score some great performances out of then little-known teen actors. Larson starred alongside Logan Lerman and Cody Linley, who'd go on to The Perks of Being a Wallflower and Hannah Montana, respectively, as Florida pre-teens who crusade to save a group of owls from being bulldozed by construction workers. The movie may have sucked, but Larson, Lerman, and Linley made serious impressions as talented young actors capable of much more than the asinine script allowed.

When released back in 2010, this Michael Cera-starring comedy didn't fare well at the box office, but over the next few years, it became something of a cult hit. Larson co-starred as "Envy" Adams, one of the many ex-girlfriends of Scott (Cera). The entire cast of Scott Pilgrim — which, in addition to Cera, includes Mary Elizabeth Winstead, Anna Kendrick, Mae Whitman, and Aubrey Plaza, among plenty of other well-knowns — is fantastic, but Larson makes a particularly strong impact.

Larson had a major role in last year's hilarious remake of 21 Jump Street playing Molly, the love interest of Jonah Hill's Schmidt. The movie was an enormous success both critically and commercially, thanks in large part to performances from its ensemble cast. It's too bad the sequel takes place at a college, because we'd love to see Larson return to play off against Hill and Channing Tatum once more.

If you had no idea that Larson was in any of these movies, you're not alone. Until this year, the actress stayed relatively under-the-radar, and even a role in a widely-seen film like 21 Jump Street didn't propel her to instant success. With The Gambler, though, along with two other movies in the works (one of which, the Jason Sudeikis and Fred Armisen-starring Relanxious, is bound to show off her comedic talents), Larson is about to experience an enormous rise in visibility. It's about time she gets some attention, as she's long-since proved her that she's a talent to watch.