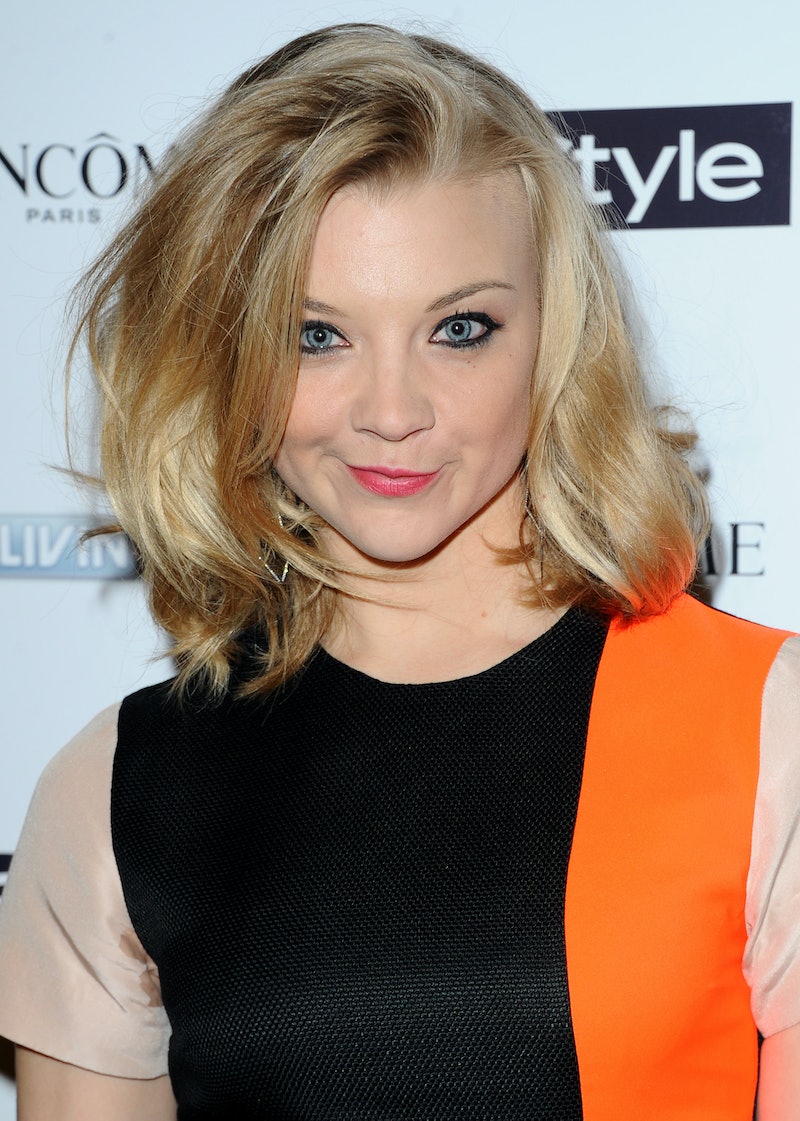 If you want to see how a cut-out dress is done, then stop right here. Natalie Dormer is on Self Magazine's cover in a sexy dress with all sorts of cut-outs that leaves little to the imagination. And she looks banging.

You know those celebrities that claim they don't work out and whose bodies are a result of really good genetics? Yeah, Natalie Dormer isn't one of them. The 33-year-old actress opens up to Self's April issue about her workout routine, and there is basically one word to describe it: badass. While filming the Hunger Games: Mockingjay, Dormer worked out at 5 a.m. everyday, as well as at night after shooting, running and doing interval training in the gym. Committing to a schedule like that takes serious dedication, but the Game of Thrones star is not one to shrug it off as a piece of cake. "I actually look back on it now and think, 'F--king hell, how did I do that?'" she says.

Her realism and honesty are a breath of fresh air, and obviously, her insane hard work has paid off. Natalie smolders in her burgundy, cut-out cover dress, looking every bit as "strong" and "sexy" as the headlines boast.