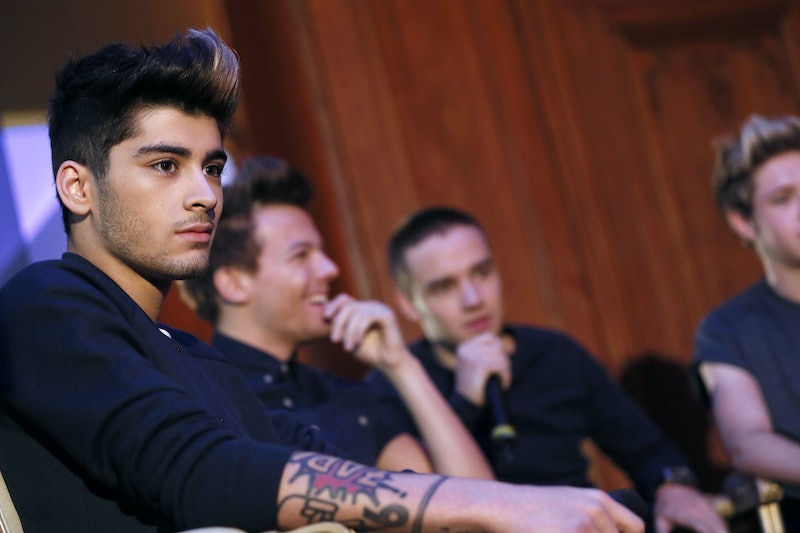 As someone who works in online media, I am well aware that people on Twitter can be the absolute worst, but even I am disheartened by the comments about Zayn Malik leaving One Direction. Despite the heartfelt statement that Malik made regarding his departure — in which he stated that he wanted to live a life outside of the public eye — fans were so NOT happy with the boy bander. Being disappointed by Malik's choice is one thing, but it's a whole other to do what these Twitter users did, which was joke that Malik was leaving One Direction to join ISIS.

I shouldn't have to clarify why suggesting that the English-Pakistani Malik is part of a terrorist organization is disgusting, but then again, I also didn't think that anyone would ever spew such garbage online. Maybe people would be angry if, say, Harry Styles left the band, but I highly doubt anyone would make those specific comments about him if he did. Saying that Malik is a terrorist is so much more than a joke — it's pure racism.

By making those statements about Malik, one is suggesting that any person of Middle Eastern descent is capable of being a terrorist. Malik might be a celebrity, but this isn't a comment that hurts just Malik — it hurts the millions of people who share his background. It gives bigoted people (like those Twitter users) an excuse to identify all Middle Easterners as "potential terrorists." If we laugh these comments off, we are saying that it's okay. And you know what? It's not. It's not even close to being okay.

Anyone who tweeted these racist comments should be ashamed of themselves for perpetuating such an ugly stereotype — they're officially part of the problem.