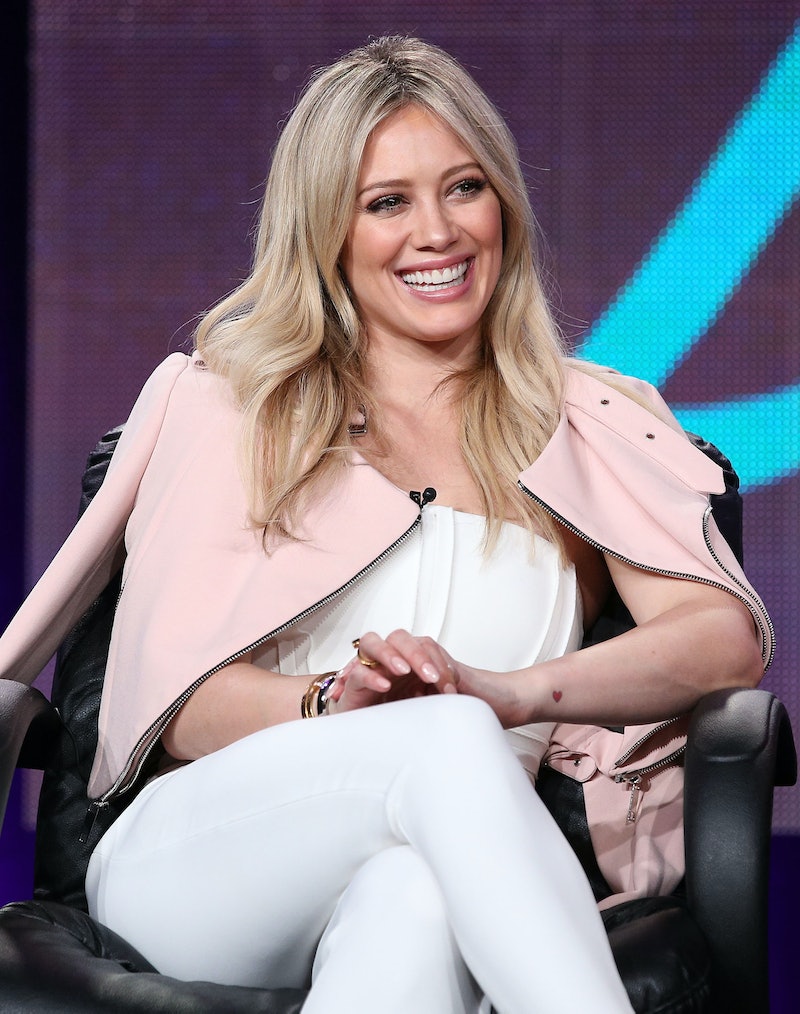 Well, it's about time: The Duffster is finally releasing more music. On Thursday, Hilary Duff previewed her new single, "Sparks," and it sounds like a grand return to the dance-pop sound of her last album, 2007's Dignity. I must admit, I was really digging the strange folk/bubblegum pop vibe of her recent single, "All About You," but I think this new direction will work out just fine. (After all, Dignity gave us such iconic dance-pop anthems as "With Love" and "Stranger.") If you'll recall, Duff came back to the music scene after a seven-year hiatus at the end of last summer... and then promptly disappeared for five months to film her new TV series, Younger ! Talk about a bait and switch. Hopefully she'll stick around long enough this time to, you know, actually release a new album. (Fingers crossed!)

In the "Sparks" teaser (which is also a Younger teaser), Duff sings:

You can promise castles, treasures, babies — I don't care

'Cause for now you're just enough for me, I want you near

You remember what I love, so baby take me back

Turn the lights down low and kiss me in the dark

'Cause when you're touchin' me baby I see sparks

As I'm sure you noticed, "Sparks" features some seriously catchy whistling in its chorus, which was a pop music staple between 2010 and 2012 (Foster the People's "Pumped Up Kicks," Britney Spears' "I Wanna Go," Maroon 5's "Moves Like Jagger," etc.). Perhaps whistling will see a resurgence this year? I could be into that.

According to Duff's Twitter, she worked on "Sparks" with Swedish newcomer Tove Lo (best known for her 2014 hit, "Habits") and producer Christian Karlsson a.k.a. Bloodshy (best known for co-writing and co-producing Spears' iconic 2004 single, "Toxic"). The song sounds like it has a lot of promise to me! If Duff takes the time to promote it (which is key when you've been gone for as long as she has), I think it could be big.