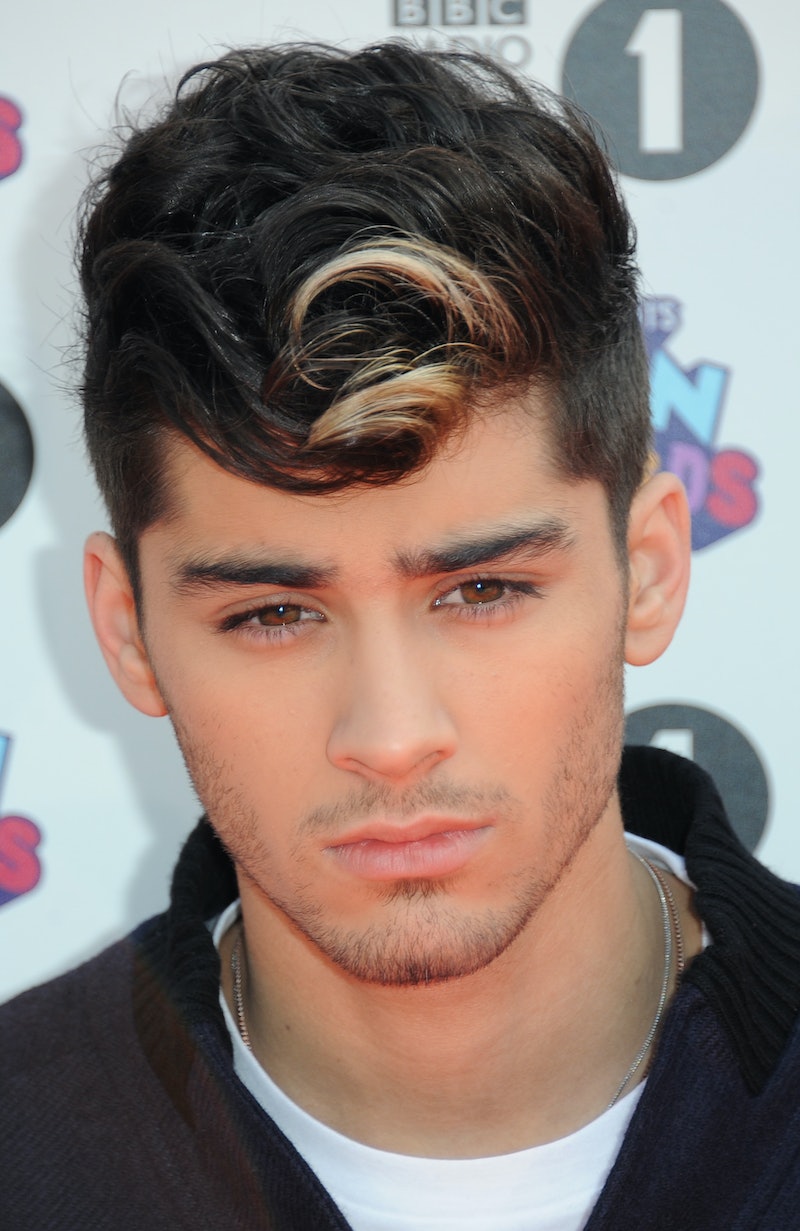 Back in my day, us fangirls and boys had to really work if we wanted to correspond with our pop idols. We had to write letters, join a fan club with a monthly fee, camp out at mall signings, maybe wear enough makeup to successfully lie about our age to get on TRL and gape at them from the audience. The point I'm trying to make here is that it was rare, if ever, that we got the chance to talk to the stars that we so admired. In fact, it was practically unheard of. So for me, and I'm sure many others who grew up pre-Twitter, it's absolutely wild to think just how much input fans have into celebrity affairs presently, as is the case with Zayn Malik leaving One Direction.

Because of social media, we think we have this intimate relationship with these people that we don't know but feel like we do. And because of that, fans feel a weird, entangled mess of entitlement. We expect stars to act as we see fit and do as we deem necessary, despite the fact that we're given more insight into their lives than ever before. It's an overwhelming phenomenon and one that's quickly escalating into something drastic.

Yes, it's heartily disappointing that the boys of One Direction are slowly disbanding, but dare I say, the degree of passion about Malik's decision is overwhelming. If you need further convincing, perhaps you should hear how much the rabid fan reaction is affecting Zayn himself. He shared with The Sun,

I feel like I've let the fans down but I can't do this anymore. It's not that I've turned my back on them or anything, it's just that I just can't do that anymore because it's not the real me. I did try to do something that I wasn't happy doing for a while, for the sake of other people's happiness. It is crazy and wild and a bit mad...

And it's easy to see why he feels that way. Twitter has been a hotbed of emotion both positive and negative directed toward this young guy who made a personal yet publicly catastrophic career move.

Here are a few instances of the outpouring of impassioned sentiments:

The ALL CAPS declarations

Somehow, the positive and negative blend into what looks like one loud screaming match.

Yep, that is a whole lot of pressure and aspirations to put on one, incredibly young person.