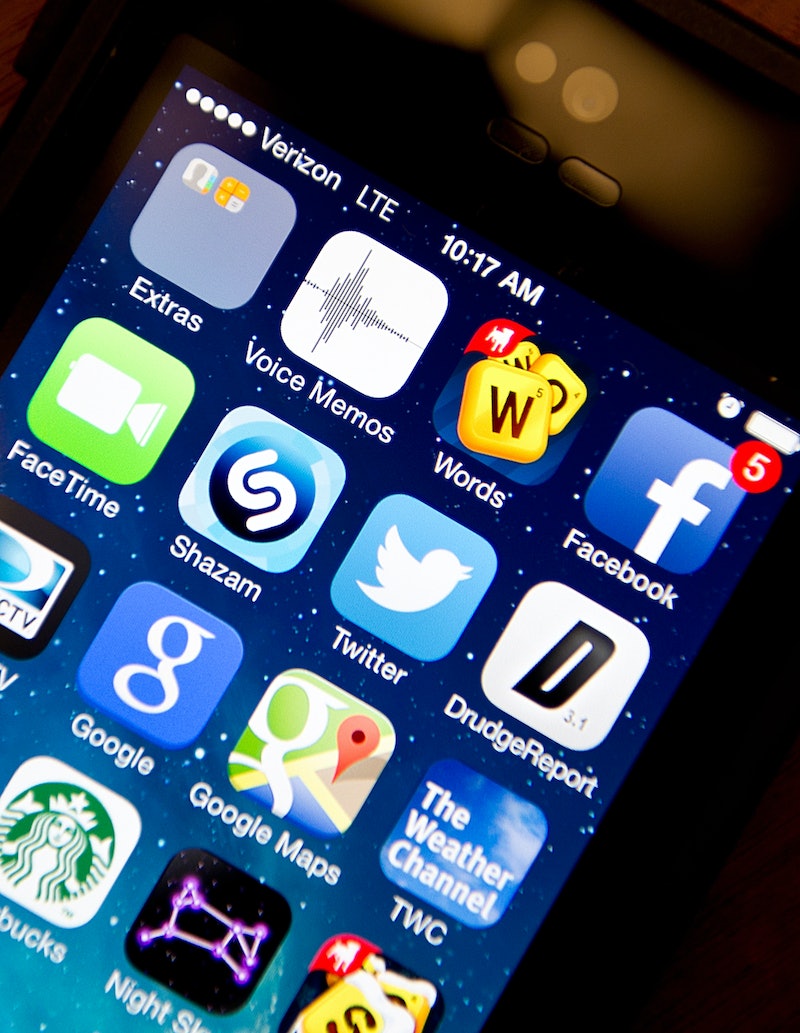 If you've ever seen Mean Girls, you probably remember the scene after copies of the Burn Book are distributed through the school: It shows the whole place basically devolving into chaos, anarchy, and cat fights in the hallways. But now a new Burn Book app named for that same Mean Girls item has the potential to cause schools an even bigger headache than its cinematic inspiration. And most schools don't have Tina Fey to step in and fix things.

The app Burnbook was launched only a few months ago, but it's already getting way out of control. Created by 23-year-old Jonathan Lucas, the app is aimed at high school students and lets kids post anonymously in chat rooms organized by school. Predictably, given that the words high school, post, and anonymous were all part of that sentence, the app has spawned some fairly unsavory things, from bullying to bomb threats. Honestly? This one might be beyond even Tina Fey.

In March alone there were at least 11 police investigations launched as a result of the app, including at least two alleged bomb threats (one in Oregon, one in California), two instances of students circulating nude photos of classmates without consent (one in Washington, one in New Mexico), at least one student in Texas who threatened to commit suicide after being relentlessly bullied on the app, and half a dozen instances of threats against specific schools, including threatening school shootings. And again, that was all only in March — and the month isn't even over yet.

So far the app's popularity has stuck mainly to the West Coast; given, however, that it went from not existing at all to supposedly getting 100,000 posts a day, it is probably only a matter of time before it starts wreaking havoc everywhere else, too.

And the threats against schools aren't even the biggest problem. Although threats are obviously serious and should never be taken lightly, the fact is that it's probably much, much more common for apps like Burnbook to be used as a platform for cyberbullying, an already intense problem for teens. But rather than causing schools to turn into one big fight scene until someone pulls the fire alarm, like you see in Mean Girls, real-life cyberbullying can play a role in anxiety, teen depression, and even suicide.

So is there a way to stop this app? I mean, the creators could pull it — or better yet institute real safeguards to prevent abuse and threats from piling up on the platform — but assuming that doesn't happen, there isn't a whole lot that can be done, at least not by adults. But teens? Teens can keep the app from hurting their schools and communities by just not using it. After all, social media platforms without any people on them are universally lame (for instance, MySpace). If no one is on Burnbook, then no one will want to use it to spread hateful things or scare people with threats.

So here's an idea: Don't go on Burnbook — but I'm not saying that because Burnbook is cool and edgy and exciting and I'm a lame adult trying to tell you that things you like are wrong. I'm saying it because it's a terrible, hurtful thing, and by using it, you are enabling it to do terrible, hurtful things. And you are better than that. All of you. I know this. So don't just know you're better — be better.