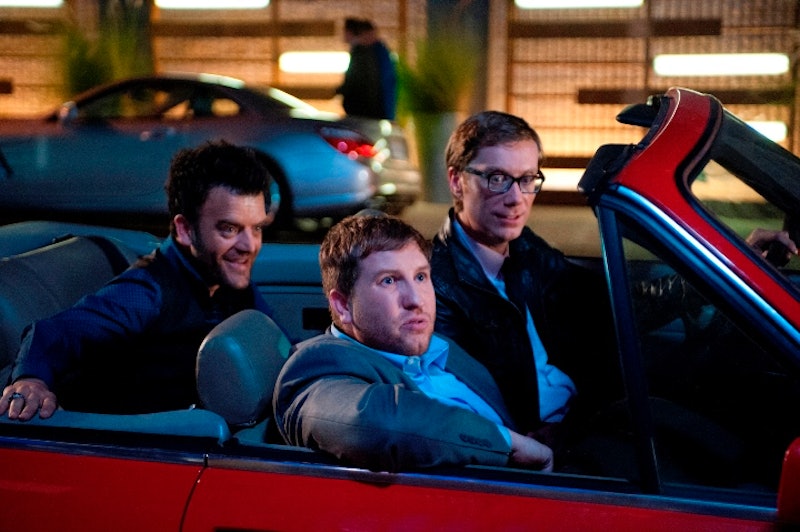 We knew it was only a matter of time before things got truly dark. Sunday's episode wasn’t sad in the way that Derek, the show from Merchant’s partner Ricky Gervais can be, but it was sad enough to make you want to look away. Credit to the show for going there, but man was that painful. Jessica shoehorns her way into a dinner party for tastemakers. The owner of a modeling agency is THIS close to setting Stuart up with his fantasy woman: the model from the billboard. Jessica and Stuart bet on each other as allies, which promptly blows up in their faces. We knew Stuart would botch Jessica's chance to show up her nemesis Amelia, but Stuart’s at his most disastrous when he's ruining things for himself.

A Ranking Of The Damage:

Jessica embarrasses herself with a prolonged solo tap-dance, for which Amelia had the perfect fake compliment, "that was very brave." It’s hard to watch, but clearly not damage enough to get them kicked out.

Stuart’s homophobic joke. It gets him and “Happy Feet” bounced from the hot tub, and the two roommates slink away draped in towels just as the model of Stuart’s dreams struts in.

WE NEED MORPHINE AND SOMETHING TO BITE DOWN ON

Our Hopes And Dreams For The Show: