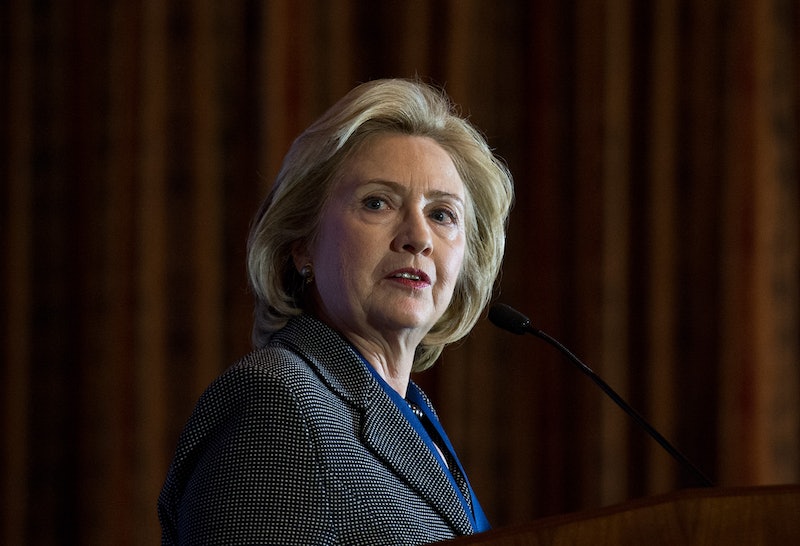 The chaos surrounding it may have just started to die down, but "Emailgate" is far from over. In a statement on Friday evening, Republican rep. Trey Gowdy (R-S.C.) accused former Secretary of State Hillary Clinton of wiping her personal email server, which likely held vital documentation on the Benghazi attacks, he claimed. Gowdy maintained that the 900 pages of emails Clinton had turned over to State Department officials didn't cover the subpoena request, and that he, along with fellow Benghazi investigatory committee members and House Speaker John Boehner (R-Ohio), would now be forced to consider legal actions.

"We learned today, from her attorney, Secretary Clinton unilaterally decided to wipe her server clean and permanently delete all emails from her personal server," Gowdy said Friday. "While it is not clear precisely when Secretary Clinton decided to permanently delete all emails from her server, it appears she made the decision after October 28, 2014, when the Department of State for the first time asked the Secretary to return her public record to the Department."

Whether or not Clinton was intentionally trying to subvert official inquiries or mask potential troubling documents, it absolutely provided ammunition for her opponents who so desperately wish to knock her out of the 2016 presidential running.

The subpoena to which Gowdy was referring, of course, was first issued in early March and requested that the former Secretary turn over all relevant emails corresponding to the 2012 Benghazi attack. Politico reported that Clinton's lawyer, David Kendall, had insisted they were in full cooperation with State Department officials, despite Gowdy's accusations, and that there were no more emails relevant to her work at the Department that needed to be turned over. Clinton personally admitted in a news conference this month to deleting a mass of emails on the server, explaining that she did so after handing over the 900 pages of work-relevant missives and threads and calling the trashed messages "private".

"There is no basis to support the proposed third-party review of the server that hosted the [specific email] account," said Kendall in a responding statement on Friday. He indicated that a second email account used by Clinton had been established after her tenure as Secretary of State and thus was irrelevant to committee lines of inquiry. A representative for the Clinton camp also told CNN in an email on Saturday that the former Secretary was ready to take the public stage in order to address transparency concerns.

"Representatives of Secretary Clinton's office have been in touch with the committee and the State Department to make clear that she would like her emails made public as soon as possible and that she's ready and willing to come and appear herself for a hearing open to the American public," said spokesman Nick Merrill.

Clinton's fellow Democrats have been slow to come to her aid — not unusual during the run-up to an election year when everyone is on edge — but a few have jumped in front of the Republican charge. In a statement on Friday, Rep. Elijah Cummings (D-Md.), the top ranking Democrat on the House committee investigating the claims against Clinton, said that the latest political witchhunt was effectively baseless. "It is time for the committee to stop this political charade and instead make these documents public and schedule Secretary Clinton’s public testimony now," he said.

The latest round of accusations against Clinton may be the death blow that seals her fate as a 2016 dropout, even before she's had the chance to announce a campaign.

"There’s always another shoe to drop with Hillary," said former Democratic Party chairman Dick Harpootlian, a Biden supporter, to the Washington Post earlier this month. "Do we nominate her not knowing what’s in those e-mails?... The fact that she’s already turned e-mails to the Benghazi committee because she was doing official business on it means she’s going to die by 1,000 cuts on this one."

A Clinton spokesperson has not yet responded to Bustle's request for comment.