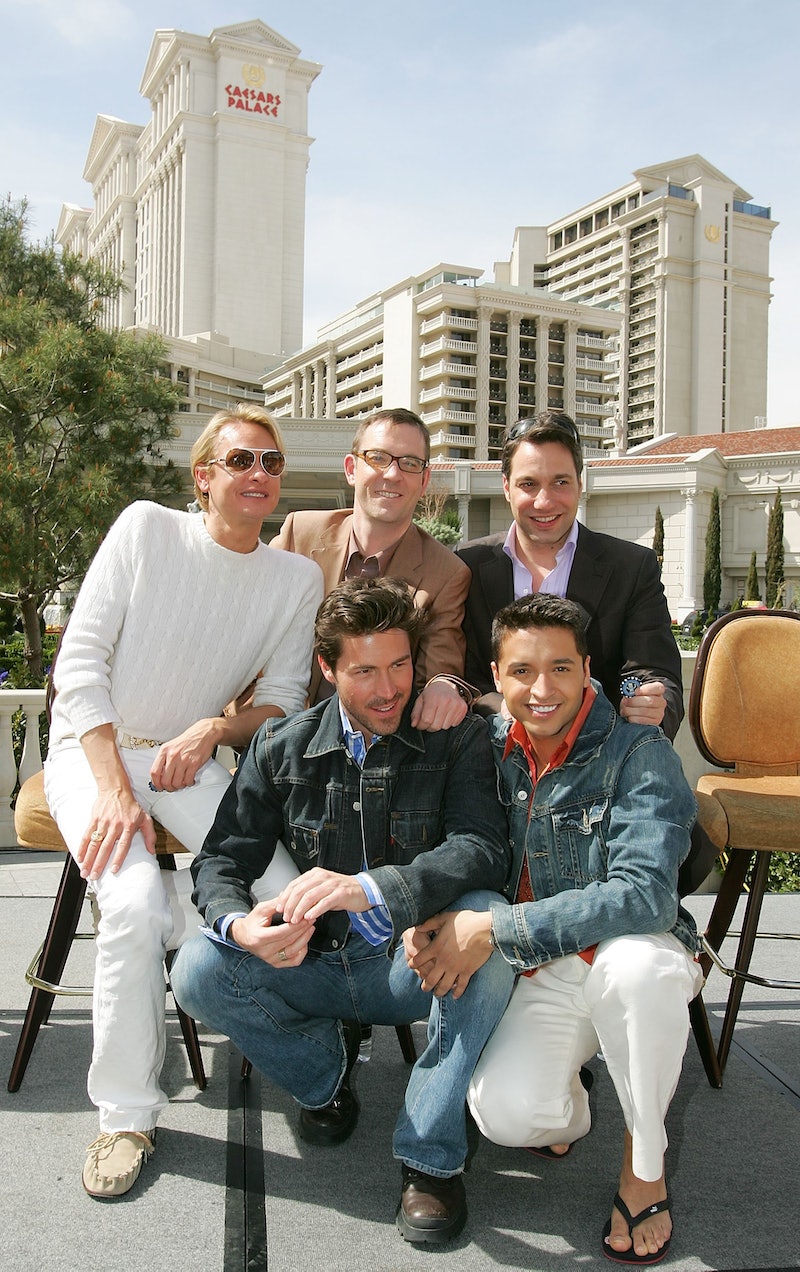 Last night's long-overdue Queer Eye reunion special, featuring Andy Cohen on Bravo, reminded us of how long it's been since we spent an evening with our favorite boys, the Fab Five. It felt so right, watching Carson Kressley, Ted Allen, Kyan Douglas, Thom Filicia, and Jai Rodriguez jump on top each other and make Andy blush with cavalier mentions of taint-shaving and other sundries. Plus, the bit in which Kyan said fame made him crazy? Please, bro. (As if diva status was anything less than expected from the men who revolutionized queer culture in the media.) But I'll save the politically relevant musings on how the Fab Five changed television for another time, because, hey, anyone who watched Queer Eye knows they didn't just change television. They changed lives. Remember the Williamsburg comedian? The boys sure do.

But it was nice to see that the Fab Five's penchant for delightful banter has aged like a fine wine (unlike Ted! Sorry, was just trying to jump in on the ageism thing that was going on throughout all of the reunion. Poor Ted). The sense that they're a bunch of guys who just have an awesome time together has not been lessened by time or distance. Nay, this reunion encompassed all the feelings, from somber reflection on how the show forced them to be open in their sexuality, to how sincerely nasty some of the houses were, to the illicit hook-ups. Jai and Thom? In our hearts we always knew Jai would be somehow involved, but let's spare ourselves and not think too hard about the details .Oh Jai, you so naughty.

Of course, it hurt a little when they said they wouldn't consider doing another series, but if we're honest with ourselves, an updated Queer Eye might not have the same relevancy as the original did. A whole 10 years later, the poor shlubby straight dudes of yesteryear have morphed into well-dressed metrosexual go-getters, many of whom manage their heterosexuality and fashion sense without requiring a herd of gay men to tamp down their unmanageable straightness. Besides, look at Bravo now versus then: It's a never-ending version of Queer Eye as it is. There's no need to bring back a show that has come to encompass Bravo's essential business model regardless. So we'll miss the Fab Five, and we hope they take on more reality TV endeavors in the future, but, for now, thanks for the good times, boys. All I'm asking for is, by the next reunion, someone has to have hooked up with Andy Cohen.