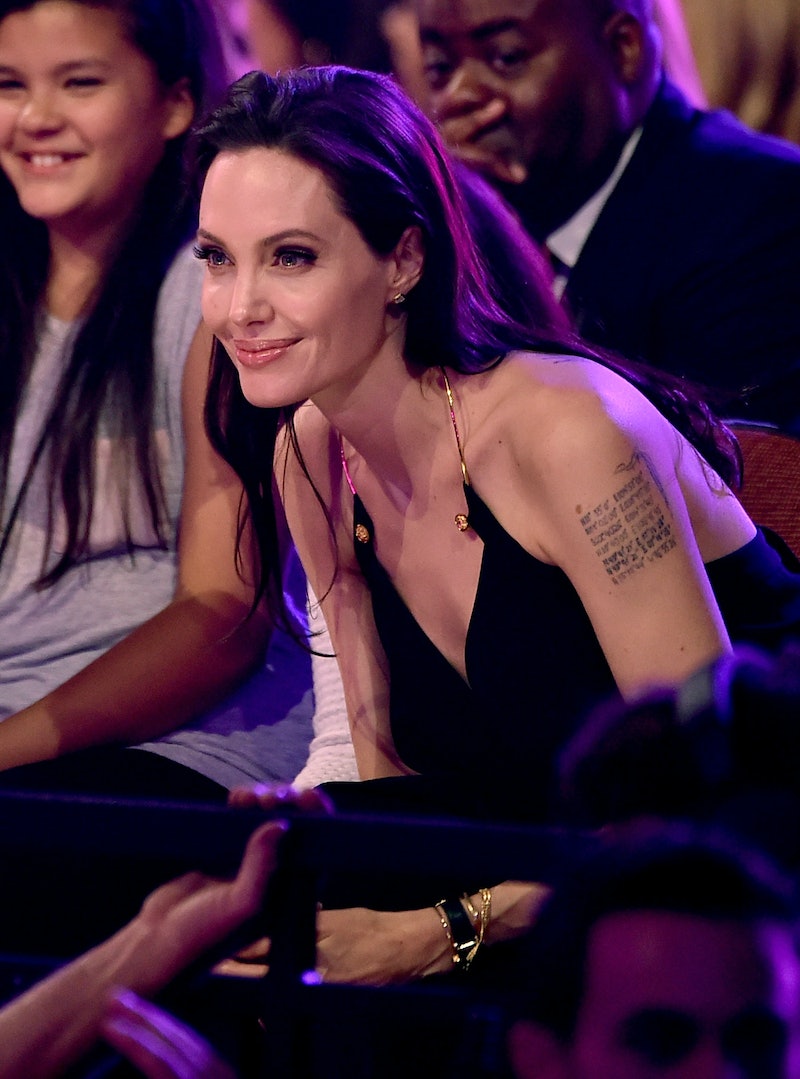 This is one of Jolie's first appearances after her brave New York Times op-ed in which she detailed her choice to remove her ovaries and Fallopian tubes was released. On Saturday night, Jolie had a couple of her youngin's in tow as she attended the biggest night in kid's television. Keeping true to her sartorial form, the actress wore a perfectly effortless black dress. With a deep-v neckline and a dainty black chain strap, the dress was equal parts Greek goddess and witchy whimsy. She slicked her dark brown hair back in her classic sleek sweep, and she is wont to do.

Everything about her look is pretty much Angie per usual. She's not a huge fashion risk-taker, and rarely adheres to trends. Still, you've gotta hand it to her. This is a lady who definitely has a deep knowledge of herself— with style and otherwise.