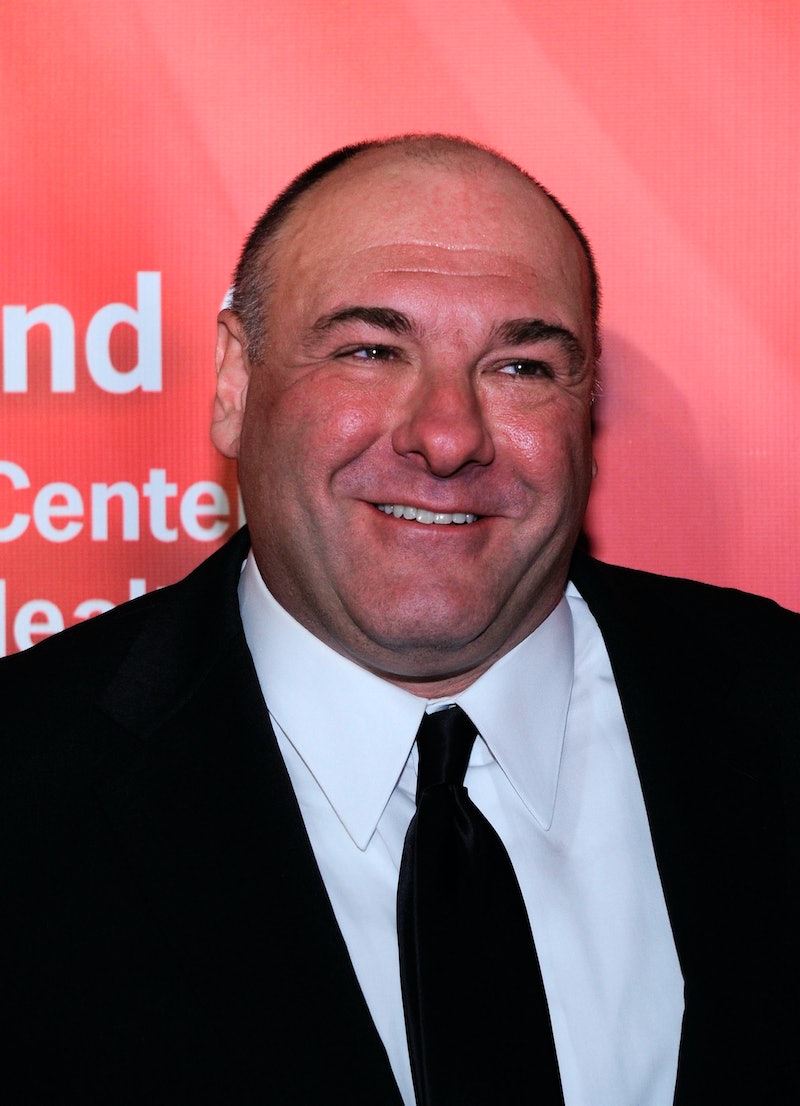 Since the news of James Gandolfini's death broke yesterday, fans have been paying tribute to him in their own ways. News sites have put together his most memorable roles and Sopranos moments, while celebrities have tweeted their sorrow and condolences. This outpouring of admiration has also lead to many online discoveries of the actor in videos, photos, and articles from throughout his life and career. Here are some of the best finds that will immortalize the star to his countless fans.

Inside the Actor's Studio

In 2004, at the height of The Sopranos' popularity, Gandolfini appeared on Inside the Actor's Studio to discuss his already iconic role, life and acting methods. His answer to James Lipton's famous question, "If Heaven exists, what would you like to hear God say at the pearly gates?": "Take over for a while, I'll be right back."

The first portion of the video is below and Vulture has the rest.

In 1988, before he was known as an actor, Gandolfini was interviewed for a New York Times article about people who change apartments frequently. At 26 years old, Gandolfini, who went by Jim, is described as someone "whose calling is the theater but whose living comes mostly from bartending and construction."

Reading In The Night Kitchen

In April of 2009, Gandolfini was interviewed for Vanity Fair's "Out to Lunch" feature. In the interview he discusses his return to Broadway with God of Carnage, his parents, early life and more that show the warm-hearted man behind Tony Soprano.

Like many stars, Gandolfini guest starred on an episode of Sesame Street. His 2002 appearance surrounds fear.

A Buzzfeed editor posted a photo that her friend discovered of Gandolfini at a classmate's 1988 wedding. The young actor is seen among friends.