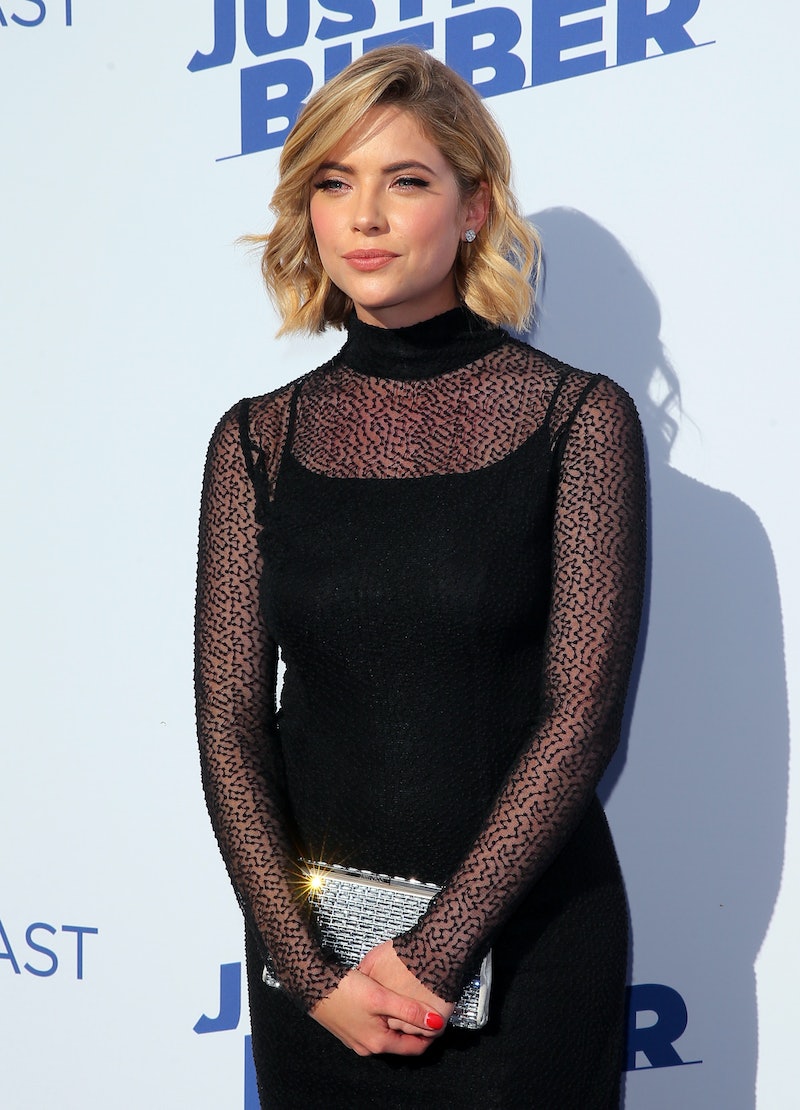 Just in case you needed any more incentive to tune into The Comedy Central Roast of Justin Bieber, the wide range of roasters and top notch celebrity attendees should be more than enough to give you that extra push you need. (But really, you know you wanted to tune in regardless.) And while the invite list includes everyone from Kendall Jenner to Chrissy Teigen, the most surprising guest to some of you may be Pretty Little Liars star Ashley Benson, who has been friends with Bieber throughout the years. In fact, their initial closeness is mostly thanks to Benson's past romance with Bieber's close friend and "swagger coach," Ryan Good.

But just like any friendship, the duo has dealt with their fair share of obstacles from time to time. Back in January 2013, Bieber became more than a little peeved at Benson after she and James Franco made a parody of the singer's "Boyfriend" music video. However, Benson assured fans in the April issue of Seventeen that the two of them had made amends, even admitting that she's come to think of him as a little brother. "I heard from Justin. He wasn't happy," Benson recalled about the parody ordeal. "Justin is like my little brother since he and my ex are so close. Anytime you go through a breakup, the friends get defensive. But all is well in that area now." And given her presence at the roast, I'd say their friendship is still holding strong.

That being said, I thought it would be fun to see how Hanna Marin would've reacted to The Biebster's roast because I'm sure this Pretty Little Liar would've had some amazing thoughts about the whole ordeal.

Make of that what you will.

On Being Pro Selena & Justin

Joke all you want, but Hanna thinks these two crazy kids belong together.

On Learning About His Many Antics

Rosewood would never tolerate such behavior.

On Looking For A Silver Lining To It All

On The Whole Bieber Fever Mania

Basically, Hanna Marin Is Not A Fan

But Then Again, How Can Any Guy Compete When She Has Caleb As A Comparison?

Sorry, Bieber, but you're fighting a losing battle with this one. #TeamHaleb4Eves