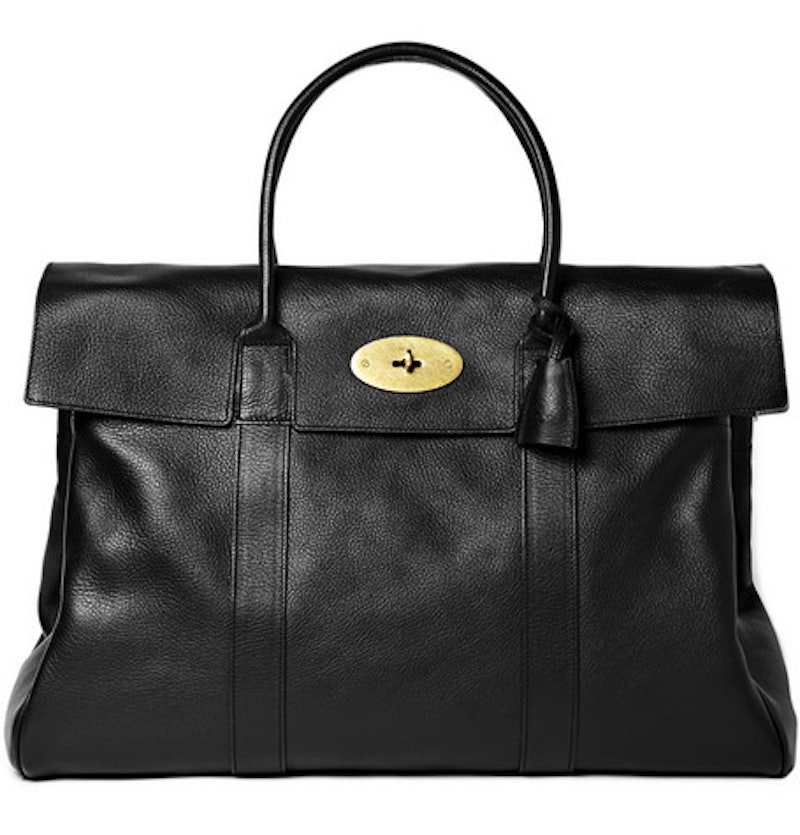 I've heard about incredible swag bags at the Academy Awards, and the Grammys, and premiere parties. Hey, I've even heard about Bat Mitzvahs and Sweet Sixteens having impressive party favors (In fact, I still consider the graffitied shirt I received at Noah Dauerman's sleepaway camp themed Bar Mitzvah a wardrobe staple). What I failed to realize is that the really good swag comes from the G8 Summit.

This week, world leaders got together in Northern Ireland to address pressing global issues, such as as healthcare, environmental concerns, and food shortages. Mulberry rewarded the eight world leaders from the wealthiest nations with personalized bags. The men received the super exclusive Matthew 24 Hour Bag, while German Chancellor Angela Merkel, the only woman of the group, was given the iconic Piccadilly, pictures.

Maybe it's just me, but there seems to be something not quite right about nearly $20K worth of handbags being given out at a pannel set up to discuss global problems. The G8 Summit isn't some fancy party where you show up and receive a designer bag and a gift certificate to SoulCycle. It's a serious political event and deserves to be treated as such, especially when there are so many pressing issues on the table.