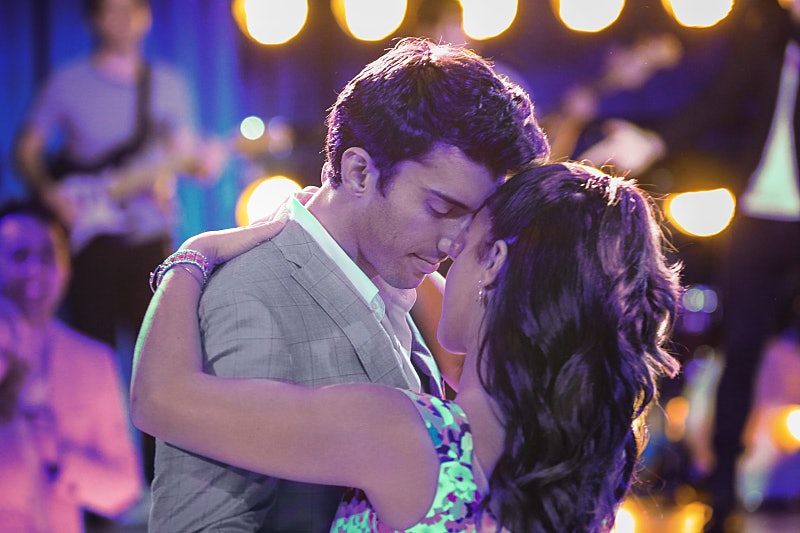 One of the best aspects of Jane the Virgin involves a love triangle, and it's caused viewers to pick sides. I am, of course, talking about Team Michael or Team Rafael. If you're like me, you're leaning toward Jane and Rafael being together on Jane the Virgin , but that doesn't come without any reservations. Jane and Rafael haven't had what one would call a seamless relationship thus far, and really, who could when one half of the couple has been accidentally artificially inseminated by their doctor with the last remaining sample of their hot boss/old crush?

The other reason Jane the Virgin's main couple is sometimes hard to love — there is love there, I swear — is because they are living in a world that is so incredibly dramatic. Murders, drug lords, blackmail, pregnancies ... all of it puts a ton of stress on their relationship, as you can imagine. And the drama that Rafael and Jane go through essentially puts the same amount of stress on me. It's absolutely crazy, but it's true. I feel their pain, OK?

But you've got to fight for what you love. So if you 'ship Jane the Virgin's Jane and Rafael, you've probably found yourself in the following 10 emotional stages. We need to stand together in this 'shipping, guys.

1) The Immediate "Let's Bring These Two Strangers Together" 'Ship

Ooooh, OK, I see what we've got here, an artificially inseminated meet cute. I'm always up for a meet cute. This is definitely like a meet cute I've never seen before, but I'll give this a shot.

Petra, stop, for the love of everything right in this world, messing up the potential of Jane and Rafael getting together. You don't even love him!

4) Ugh, And The Michael Problem

I actually feel for him, because he loves Jane. Am I on Team Michael? No. No, I'm Team Rafael, I'm just confused!

5) When Xo Voiced All Of Our Skepticism

But is Rafael good for her? Does he come with too much drama? Is there such a thing as too much drama? They say mother knows best, and Xo is like a really good mom, but she's just being protective.

6) The Hope That Jane Gives Rafael A Chance

7) That Moment Where We All Thought Rafael Was Sin Rostro And Screamed "NO, JANE!"

8) The "I Always Believed Rafael" Feeling

Rafael, don't propose. The thought... it's there, but too much. Too soon.