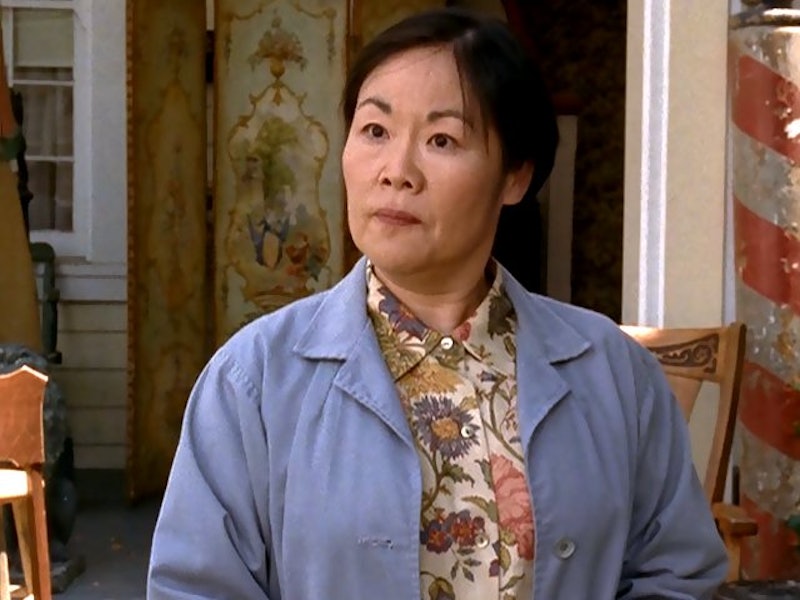 Trying to choose a favorite Gilmore Girls character is like having to pick which one of Emily's maids went through the most suffering: it's simply impossible. The WB series was filled with many warm, entertaining characters who were easy to love, from Luke Danes to Lane Kim to, of course, the famous Gilmore mother/daughter duo themselves. Even the more minor members of the cast had plenty of moments to shine, whether it was Babette's dance classes or Sookie's cooking mishaps or pretty much everything Kirk ever did. On Gilmore Girls, practically everyone was a star.

And that's because Gilmore Girls was, at its heart, an ensemble; the people Lorelai and Rory encountered in Stars Hollow, Chilton, the Dragonfly and more, helped make the show as beloved as it is today. Lorelai and Rory might have been the actual stars of the show, the titular Gilmore Girls, but their characters and their lives were built just as much in the people they interacted with and learned from over the course of the series. Those minor characters were absolutely amazing, colorful, and fully realized people, and that's why we want to honor them below.

Here are nine of the best minor characters from Gilmore Girls.

Before Zach came into the picture, there was Dave Rygalski, the cute, witty guitarist with a massive crush on Lane. He cared for her so much that he even studied the Bible just to impress Mrs. Kim, but unfortunately, soon after, he left the show for college in California and was never seen again. Probably because he had that whole The O.C. thing going on.

Michel was a gift to the world. He was sassy and sarcastic and a terrible employee, yet no one would dream of firing him because he was also kind of amazing. Does anyone care about anything as much as Michel cared about his dogs and Celine Dion? Of course not. Of course not.

The most hated man in Stars Hollow was also one of the best. Yes, Taylor was a loudmouth, and yes, he was stubborn as anything, but the guy had a good heart. He championed community spirit, opened an ice cream/soda shop, and even fought for Luke to buy the Twickham house so he (Luke, not Taylor) could live there with Lorelai. He might not have shown his sweet side often, but underneath the gruff exterior, Taylor could be a truly great guy. Plus: that hairpiece.

Mrs. Kim was an intensely strict woman who enjoyed making her daughter's life miserable. That much is true. However, she was far from an unfeeling robot. Remember how upset she was when Lane moved out? Or how surprisingly great it was when she helped Zack write a hit song? Or how overjoyed she was to learn that she was going to have grandkids? Mrs. Kim may have been a handful, but she was caring and kind and wonderfully portrayed.

The unsung hero of Gilmore Girls is Brad Langford. The kid started out a nervous, easily-intimated Chilton student who had to leave the school because of how terrified Paris Gellar made him, but returned stronger, more confident, and ready to face his fears. As if this wasn't enough reason to be impressed, Brad left Chilton again... to star in the Broadway production of Into the Woods. The New York Times called him "winningly naïve!"

It's impossible to single out just one of the many maids Emily Gilmore employed over the years. All of these women had to deal with her ridiculous demands and terrifying demeanor, and yet they were cast aside, one after another. Emily may not have cared, but we do, maids. We do.

Babette was the scene-stealer, but her husband was the underrated gem. Tall, silent, and a mean pianist, Morey tended to keep to himself. When he did speak out, though, it was to drop powerful truth bombs on his unsuspecting neighbors.

Gypsy wasn't one of Stars Hollow's loudest residents, but she certainly had an impact. She helped Dean make a car for Rory, allowed Jess to have a working vehicle, and stood up to Taylor whenever his schemes started crossing a line. She cared deeply for her town and its residents, and she was the absolute best.

Let's all take a moment to congratulate "Crazy Carrie" Duncan, who got to Luke before Anna, Lorelai or any of the others. Sure, she was a bit of a mess, and OK, Luke denied that it ever happened, but he was probably just embarrassed. Carrie, however, had nothing to be ashamed about — she made out with high-school Luke! Nothing could be cooler than that.