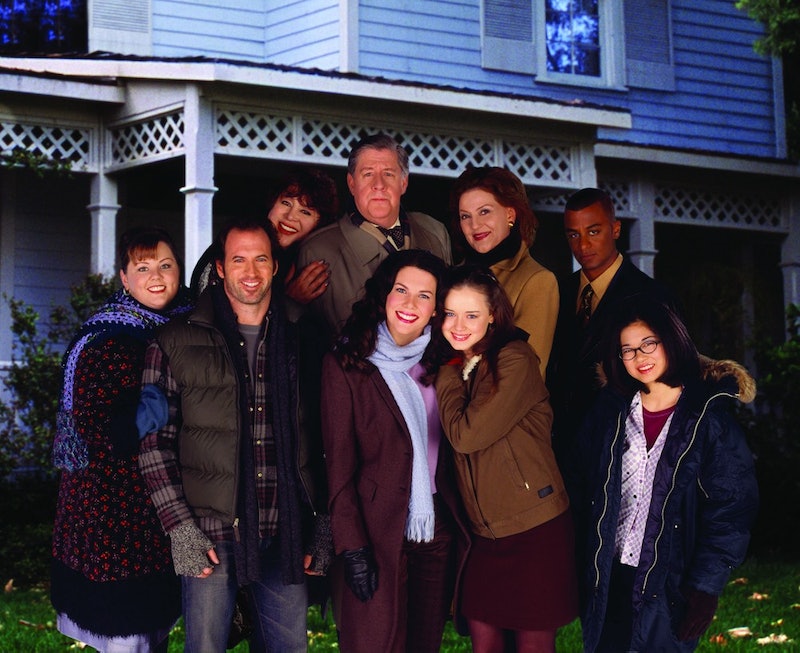 While many residents of Stars Hollow, Connecticut seemed like they'd never left the town, 11 of them will be jetting across the country this June for one huge reason. On Friday, it was confirmed that the long-awaited Gilmore Girls reunion will see Lauren Graham, Alexis Bledel, Scott Patterson, Jared Padelecki and more of of the show's former co-stars come together for a panel honoring the series at the ATX Television Festival. While a few of the stars have reunited before — Graham and Bledel memorably teamed up in 2010 — this will be the first time since the show's end in 2007 that several members of the cast, plus series creator Amy Sherman-Palladino, will be together as a group. Like I said: this is huge.

Yet while seeing Lorelai, Rory, Emily, Luke and more together on-stage will certainly be amazing, there are still a few things notably missing from the reunion. Here's how the Gilmore event could be even better than it already is:

If Milo Ventimiglia Joined The Panel

It doesn't matter that Logan isn't set to attend, as the guy's too busy winning cases — I mean, working in California — anyway. But no Jess? A Gilmore Girls panel without Milo Ventimiglia just doesn't make sense, especially considering the fact that even Dean will be there. Everyone knows Rory and Jess were meant to be, and it's just not okay that the actors won't both be at the reunion. If it's about their ex-romance, can't they put their feelings aside for one afternoon for the good of all that's Gilmore? Really, it's only what's right.

If They Serve Coffee

When the initial reunion announcement first came out, Lauren Graham posed the most important question of all: “there’ll be coffee, right?” Distressingly, there's been no word on the food/drink situation since. Here's hoping the festival does right by its panelists and has a coffeemaker set up on-stage.

If Lauren Graham And Alexis Bledel Get Along

Look. I believe that Graham and Bledel like each other. I believe that they had a pleasant time working together on Gilmore Girls. But no amount of re-watches will ever convince me that the two are actually friends in real life. There's just too big an age difference, too few Twitter shout-outs, and too much focus on Graham's friendship with her other TV daughter, Mae Whitman. It's fine if they're not close, but couldn't they pretend they are, just for the one event? It'd mean so much to fans if Lorelai and Rory looked like they talked on a daily basis, even if it's not the truth.

Lane and Brian will both be there. Todd Lowe, who played Zach, isn't set to attend, but I doubt anyone would mind if he showed up, and the same goes for Sebastian Bach (Gil). How great would a Hep Alien performance be in the midst of a Gilmore reunion? They don't even have to worry about Mrs. Kim, as Emily Koruda isn't on the roster.

If There's A Tribute To Edward Herrmann

This one's inevitable. Edward Herrmann's passing back in December broke Gilmore fans' hearts, and several of his former co-stars spoke of his influence on their lives. It can be assumed that at the reunion, a full tribute to the man behind Richard Gilmore will occur, with all of the show's stars speaking to his legacy and discussing their time with him on the show. It'll be a moving, painful part of the event, but a very necessary one, considering just how big an impact Richard Gilmore, and Edward Herrmann, had on Gilmore Girls and its fans.