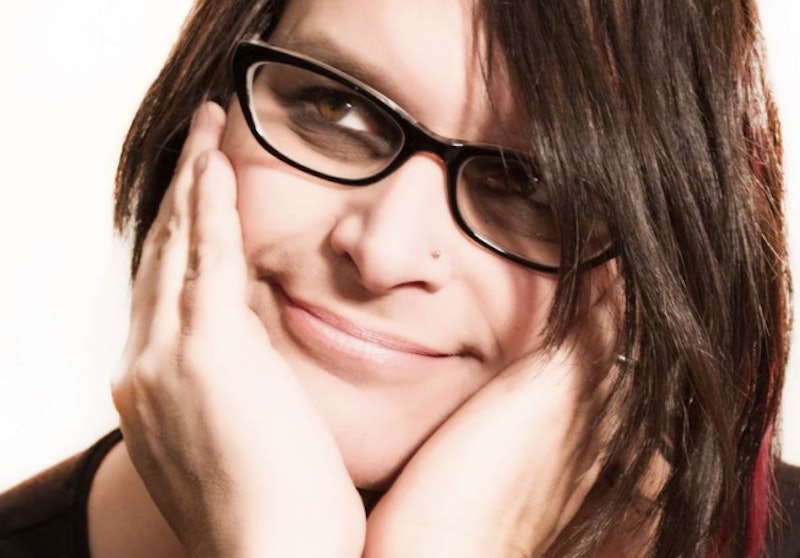 March 31 marked Transgender Day of Visibility, an annual event dedicated to raising awareness of the discrimination and minimization of people who are transgender. Created in 2009 by Rachel Crandall, a Michigan-based trans-activist, it has grown from a grassroots celebration to an international event. The holiday spread to Ireland and Scotland in 2014 and as of today, it is recognized globally primarily through social media.

According to a recent Pew Poll, only eight percent of Americans know a person who is transgender compared to 90 percent of Americans that know a person who is on the LGB spectrum. What’s even more startling are the statistics behind the violence of these numbers. A person who is transgender has been murdered every week since the first of January with an act of trans-violence occurring every 29 hours. The vast majority of the victims have been people of color, making this day an event that will hopefully bring a greater understanding of the transgender community and eventually eliminate the need for Transgender Day of Remembrance.

Coinciding with TDoV was the release of the Trans100 list; a list of individuals who have significantly contributed towards the betterment of our community. Although it would be impossible to measure the contributions to society we all make as people who are transgender, Trans100 recipient and founder of the transgender suicide hotline Trans Life Line Greta Gustava Martela tells Bustle, “Transgender Day of Visibility feels like a step in the right direction for the community. I think it’s so easy to get caught up in counting our losses that we sometimes forget our gains. We have to ensure that we express our appreciation for the folks in our community while they are still here.”

In a Facebook post this morning, I wrote, “Today is Transgender Day of Visibility. I want people to know that I am visible as a person who is transgender every day. This may be an observation that is overlooked on TDoV; we are on the field everyday playing the game of visibility. TDoV is not a single day for us, its [sic] every day for us.”

Transwomen are the most visible on the trans-spectrum and it’s easy to forget that transmen exist and experience a greater level of erasure than us women. Transman Michael Hughes, who brought the recent influx of bathroom bill legislation into perspective by posting selfies of himself in a women’s restroom, told Bustle, “I'm glad there's a 'day' that people new to the table, new to these conversations, can get involved. But like you, I feel every day is a day of visibility for us; It's 24/7/365 for trans people.”

“Whatever it takes to get these conversations started,” Michael continued. “If having a day a year to encourage it, I'm OK with that as long as the conversations don't stop tomorrow and those of us in the trenches don't stop working.”

The Stonewall Riots started in 1969 spontaneously in New York City's Stonewall Inn as a retaliation of the brutality the LGBT community experienced at the hands of the NYC police department. It was such a turning point in transgender history that for the first time ever it was mentioned in a presidential speech. During President Obama's 2013 inauguration, he stated, “We, the people, declare today that the most evident of truths — that all of us are created equal — is the star that guides us still; just as it guided our forebears through Seneca Falls, and Selma, and Stonewall ... Our journey is not complete until our gay brothers and sisters are treated like anyone else under the law.”

Stonewall also saw the emergence of Sylvia Rivera, founding member of the Gay Liberation Front and Gay Activists Alliance, whose 1973 speech at the Christopher Street Liberation Day Rally turned a jeering crowd of naysayers into a rallying cry for the entire LGBT community.

We’ve all seen the grainy black and white video of her addressing the crowd, pleading for the rights of people who are transgender and talking about how we as a community matter. We make pilgrimages to that spot and reflect on what it means to be transgender, the people who fought for us, and the people who died for us. We shed tears watching this video because it was the first time we fought back.

As people who are transgender, we all stand on the shoulders of Sylvia Rivera and continue to make our voices heard. Each and every one of us is visible everyday working hard for equal rights and our right to be recognized as something other than a cartoon character or someone to be legislated against.

Landon Wilson, a former dedicated sailor in the US Navy serving in Afghanistan who was relieved of his duties after it was revealed that he was born “biologically a female,” once said, “We’re not a community that’s asking to be an exception; we’re just asking to be able to have the same rights as everybody else.”