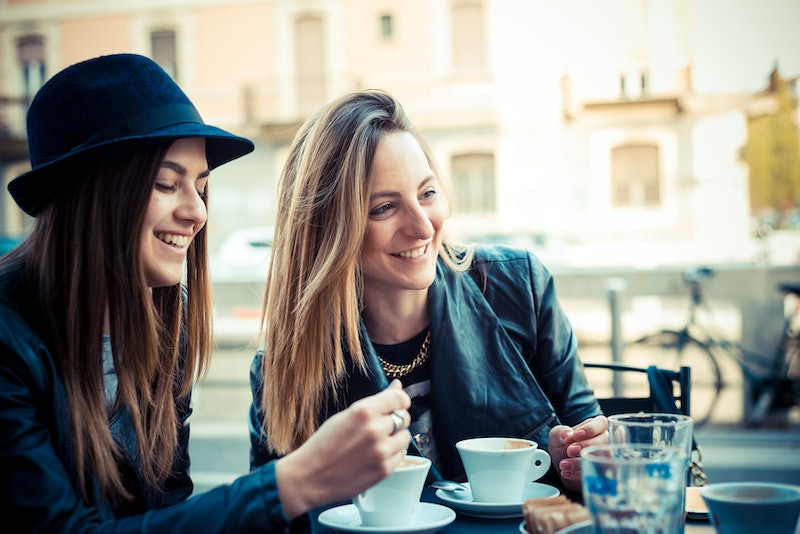 Figuring out which questions you should and shouldn't ask a date is much easier when you think about what you're trying to accomplish through dating. Dating is really an opportunity to connect with another person and say something about who you are and what you want in a close relationship.

It's a good idea to arm yourself with basic questions that would reveal some interests and even the character of your date, but will not make him/her feel uncomfortable, says therapist Amy Sherman. Ask things like, "What kind of work do you do? Tell me about it. What kinds of things do you like to do in your leisure? Have you traveled much? What are your pet peeves? What is the hardest thing you've ever done? Is there something I should know about you that I am unlikely to ask?"

"Generally, it's fair to ask the same kinds of questions you're prepared to answer," says Toronto-based therapist Wendy Brown. First dates can be terrifying — everyone knows that. So try to get input from your date so the conversation remains interesting and fun. But, bear in mind that everybody has different sensitivities, of course. Here are some of the types of questions to stay away from on a first date .. unless you like making people uncomfortable.

Intrusive and insensitive questions are too personal, too critical or too threatening, says Brown. These include how much a person weighs, his/her bank balance, how many people he/she has slept with and whether or not there's mental illness in his/her family.

These sorts of questions can create awkward or unpleasant moments. Then it can be difficult to establish or recover the easy rapport and light romance that make most dates a success.

For instance: "Is that hair really yours? Variations on this question are not only rude, but show that you’re not actually interested in the person in front of you. It insinuates that they are fake in some way, not good enough, or that you’re obsessed with people’s exterior. None of these are good when making a first impression," says Lee Harrington, Sexuality Author and Educator.

2. Anything that puts them on the spot

Avoid any question that puts someone on the spot, causing an awkward moment or silence," says Sherman. "Don't ask anything YOU would feel uncomfortable answering. So avoid questions about previous relationships, mental health issues, salaries, politics, physical features on you or your date, your last therapy session or recent argument with your boss," says Sherman. Avoid very personal things about your family, a devastating trauma or incident that would "freak" him/her out.

And, of course there's nothing more rude and intrusive than asking about money says LA-based sex therapist Moushumi Ghose. "While I am a big fan of putting your real true self out there on dates and not playing games, this is the way you weed the non-compatible ones out anyway, so I would say never ask someone how much money they make. That's just rude." The underlying message is that their self worth is in direct relation to their tax bracket.

Never ask someone their age, says Ghose. "While I understand you don't want to date someone underage, if they look that young a simple 'Are you over 18?' is fine."

You might be wondering why someone is single, but putting them on the spot with a direct question may also put them on the defensive, says Astroglide's resident sexologist Dr. Jess. That includes asking them about their ex, as well. "Sure. You’re curious. And they may even be willing to reveal all the juicy details, but recalling negative experiences from the past doesn’t set the tone for a positive first (or second) encounter," says Dr. Jess.

Do not come on too strong, monopolizing the conversation by only talking about yourself, says Sherman. Always be a good listener as well as a good conversationalist. The date should not be a question/answer session, but it should flow naturally and smoothly. So when you speak, try to get input from your date so the conversation remains interesting and fun.