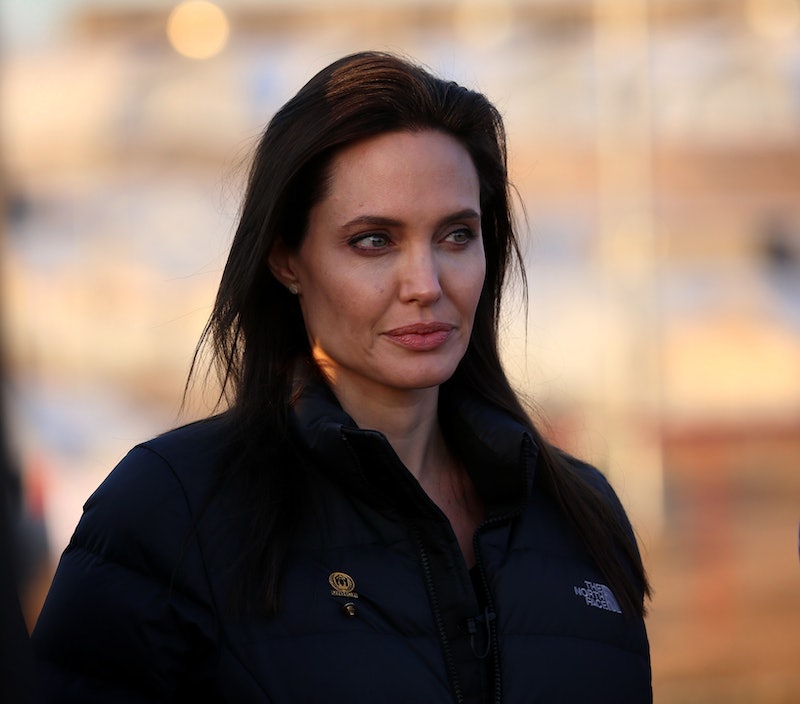 I do believe in the old saying "What does not kill you makes you stronger." Our experiences, good and bad, make us who we are. By overcoming difficulties, we gain strength and maturity.

In context of the interview, Jolie was talking specifically about Louis "Louie" Zamperini, the subject of the biopic Unbroken, the second film Jolie has directed. Unbroken tells the story of Zamperini, an Olympic runner, surviving a near-fatal plane crash by remaining in a raft for 47 days during World War II and then being captured and sent to a Japanese prisoner-of-war camp. Since Jolie's response was mainly focused on the idea that struggle helps people like Zamperini grow, it's easy to assume that she meant the classic mantra in more of an abstract way rather than a very personal way. But this phrase is actually very applicable to Jolie, especially considering her health scares she has had over the years.

As she wrote in an essay for the New York Times, the latest health struggle she has had to overcome is the decision to have her ovaries and fallopian tubes removed in a preventative surgery. Jolie's family has a strong history of ovarian cancer; her mother, grandmother, and aunt have all tragically died after developing the disease. In the essay, Jolie revealed that she had an alarming 50 percent chance of eventually developing ovarian cancer herself, hence why she made the choice to have the surgery. This obviously could not have been an easy decision. After all, there are always risks when it comes to surgery, and either way, Jolie would likely go through some serious struggles — both physical and emotional. However, the fact that she took control of her health and took back her body's narrative despite the odds is inspiring — and, obviously, very strong of her.

Of course, this is not the only time that Jolie has persevered in the face of health scares that could quite literally kill her. In 2013, Jolie bravely revealed in the New York Times that she had underwent a double mastectomy, also in the name of preventative surgery against the development of breast cancer, which she had a staggering 87 percent chance of developing at some point in her life. Since she was able to make so many life-changing decisions to regain control of her physical and emotional health, it would not be surprising at all if these experiences made her stronger and gave her even more will to survive. And as can be seen by her well-received acting and directing even after these, she is not only surviving, but she is thriving.

More like this
What Is Brad Pitt’s Net Worth? The Bullet Train Star Now Makes 8 Figures Per Film
By Hugh McIntyre
Brad Pitt’s Recent Dating History Includes A German Model
By Brad Witter
Ashton Kutcher Opens Up About His Battle With Rare Autoimmune Disorder
By Radhika Menon
'It’s A Sin's Real-Life Jill Has An Important Message About Monkeypox
By Sam Ramsden
Get Even More From Bustle — Sign Up For The Newsletter