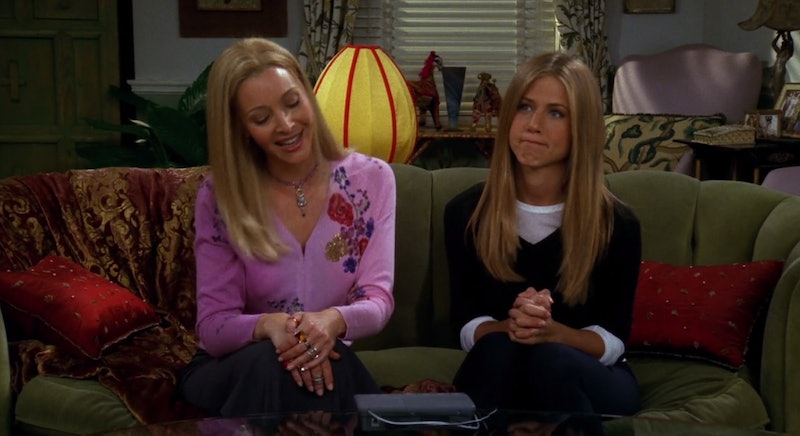 Gather round, havers of roommates, because I am nominating myself as Supreme Ultimate Roommate Haver Of All Time. Over my many moves in the past five years, I have had a grand total of 12 roommates, and by virtue of this fact, have become very well-versed in roommate-ing. Fun fact: I have never lived with someone whom I knew well in advance, outside of my own family. And in a way I sort of didn't know them either until I was out of the womb, so maybe I'm counting that, too. My point is that the way the internet works these days is that more often than not, you go into a roommate situation at least a little blind. Even if the person you're moving in with is a close friend of yours, you don't really know that friend until they're peeing on the other side of your bedroom wall every day. That's just the way life works. You're all basically starting from scratch when it comes to co-habitating.

The thing about roommate friendships is that they are glorious and amazing and unlike any other friendships. I have learned over the years that you become closer with roommates than you do even with your besties ("BEST FRIEND IS A TIER," screamed every Mindy Kaling fan ever). So in the spirit of diving in and getting to know everything about this person with whom you are now splitting rent, here are several things that you pretty much have to do before you and your roomie are ~roommate official~, especially if you don't know each other very well at first.

First order of business in any kind of friendship: Figure out what kind of shows you're both addicted to, and then proceed to marathon watch your mutual faves and the ones you want to force upon each other. The ability to watch television with someone is basically indicative of all future success no matter what else is going on in your lives.

More importantly, yell at the television a lot while you do so

Once you reach a level of comfort with each other where you can intermittently yell "BOOOOOO" at smug people on Jeopardy, you know you've achieved a judgment-encouraged zone.

Overshare about your bodily functions

I mean, if you're both period-havers, you're going to be cycled up according to whomever's birth control is more powerful within a month anyway. There's a Period Overlord in every apartment and everyone else is basically just a subject in their Period Kingdom. Regardless of if you guys sync up, periods are going to get talked about — a lot. And so are all the other gross things you do. I literally shoved my giant chin zit in my roommate's face last night. It's casual.

Relationships are entirely dependent on honesty, particularly the when it comes to the really important things: Your opinions on Andrew Garfield's beard, Lupita Nyong'o's dress at the Oscars, or any and all controversy surrounding Katherine Heigl's career. It's not important what your opinions are. What is important that you reach a level where your abode is a Safe Space for aggressively disagreeing with each other on them. Because, weirdly enough, arguing in defense of a stranger's hairstyle will bring you closer than ever.

I almost didn't bother putting this on here because it's such a duh. You’re gonna be doing it pretty much every night in some form or another, so this is one you should do right off the bat to settle into your routine.

You may think you know someone, but you don't truly know someone until they tell you about that time they ghosted a guy who bragged about being convicted of multiple assault and battery charges, got super drunk and cried in the parking lot of your FIRST AND ONLY DATE!!!! (Senior year of college was great for me, guys, thanks for asking.) Seriously, once you know each other's dirty little awkwards, it makes you feel so much more at ease for when more awkward inevitably happens and you need to tell someone about it (i.e., your roommate, immediately after it happens).

Sure, the cards you get are randomized, but the choices you make with them sure aren't. This is quick and dirty way to get to know the extent of each other's depravity without actually offending humans outside the bubble of your lease.

Odds are, if you've got a new roommate, one or both of you is brand new to the area. And what better way to celebrate your introduction to a new city than to window mock (er, I mean shop, wait, no, I mean mock) on Tinder? Plus, this is vital to your education about one another. Cruising Tinder together gives you a clear idea not only of someone's romantic preferences, but just how sassy their total judgment of strangers is (and everyone knows judging strangers is the literal best way to spend a Friday night when you're cooped up in your pajamas aggressively not having a life).

Stalk each other on social media

It's not like you wouldn't have found out about all this stuff when it came up eventually, but you get to know how many years they were in braces RIGHT NOW, so why wait?!?!

Confess about stalking each other

This is the moment of true roommate bonding: When you are officially so shameless with each other that you all out confess to your stalkery, and the terrifying extent of it. It was creepy a few weeks ago but it's SUPER PRECIOUS now.

Adorable stalking of parents and siblings

Other people's parents are the cutest, perhaps second only to your own. You get a much better sense of roomie-ness once you both have a clearer picture of where the other person came from, and see evidence of their existence before you entered each other's lives. So forget dumb stuff like "boundaries" and "basic social decency" — get to social media prowling on the people in their lives too!

Once you have lived together long enough to establish that neither of you is bonkers in the scary way, you'll feel this bubble of relief where you finally get to share any and all roommate horror stories of the past and celebrate that history won't be repeated. I'm looking at YOU, GIRL WHO DRUNKENLY ATE ALL THE TOPS OFF MY TRADER JOE'S MUFFINS IN SEATTLE. IT WILL NEVER BE OK, AND YOU SHOULD BE IN PRISON.

Shop online together for just about anything

The closeness is fostered by the fact that you're both wasting money on things that you don't need, and basically cheering each other on while you do it. Cuz you need stuff...for stuff...and stuff. Yeah!

Telepathically order pizza (or other junk food you desperately need)

THIS right here is the final stage of roommate bonding, and it cannot be planned in advance. It's just a thing that spontaneously happens. You'll be on your way home thinking to yourself, "Oh god, what I really need right now is [insert offensively unhealthy thing that can be delivered to your apartment here], but I have to wait until I get home to order it. And then, lo and behold, you arrive home to see that your roommate already HAS ORDERED IT BECAUSE YOU ARE NOW PSYCHICALLY LINKED AND THEY ARE THE BEST. Then you have achieved true roommate nirvana.