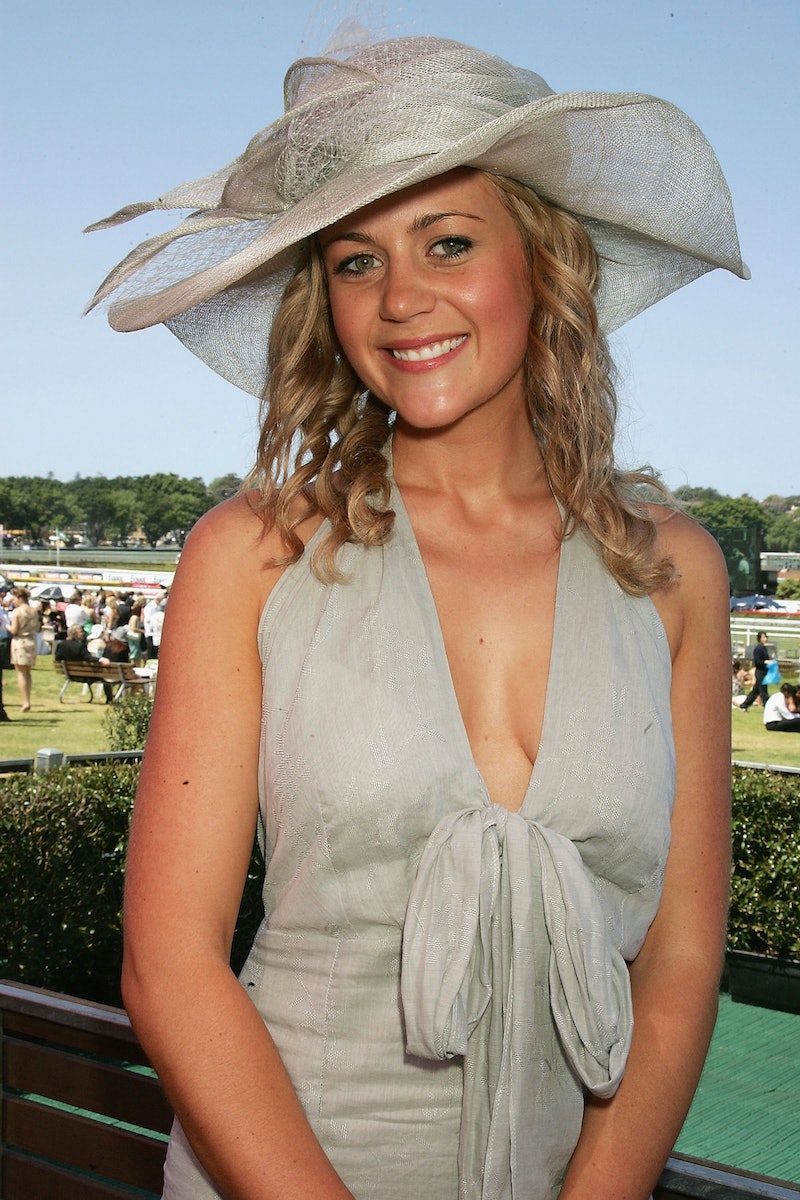 Fans have been waiting for Lifetime's adaptation of If There Be Thorns, the third chapter of the Flowers In The Attic series, since last summer when the network aired the sequel to the V.C. Andrews book series Petals on The Wind. The Dollangangers are back with more creepy family plotlines on Sunday and then as an added bonus, we only have to wait a week for the fourth chapter, Seeds Of Yesterday. Bring it on, Lifetime. Since the actress who plays her has changed since Petals on The Wind, let’s learn about the new Cathy Dollanganger, Rachael Carpani. The Australian actress isn’t super well-known in the U.S. yet, but has a major following back home.

As we’ve seen in the past, Cathy Dollanganger can be pretty vindictive. I mean, if my mom locked me in an attic for three years, I would be distraught too, but Cathy takes things a step farther in Petals on The Wind by sleeping with her mom's second husband to get back at her. She gets pregnant and decides to start a new life with her brother Chris and her children, which is where If There Be Thorns picks up. So before you watch her take on the role of Cathy, here's what you should know about Carpani.

McLeod’s Daughters is an Australian TV series that has been on the air since 2001. Carpani played a character named Jodi Fountain and appeared in 179 episodes between 2001 and 2009.

Although it only lasted for one season, Carpani landed the lead role on Lifetime's Against The Wall, a show about a policewoman who joins the Chicago department of Internal Affairs.

Carpani had a quick three-episode stint on the A&E cop drama based in Florida as a medical sales professional. .

Everyone has to star in at least one horror flick in their career, and many actors have starred in terrible ones. Carpani is no exception to this rule. In 2009, she was in a movie called Triangle about a group of people who are stuck at sea in a storm. They find an abandoned cruise liner and it’s haunted, obviously. People die. The end.

Carpani landed a one-time guest role on NCIS as a waitress with a pretty convincing American accent. We'll get to see her practice that accent even more in If There Be Thorns this Sunday, as well as the next installment of the series, Seeds of Yesterday, on April 12.