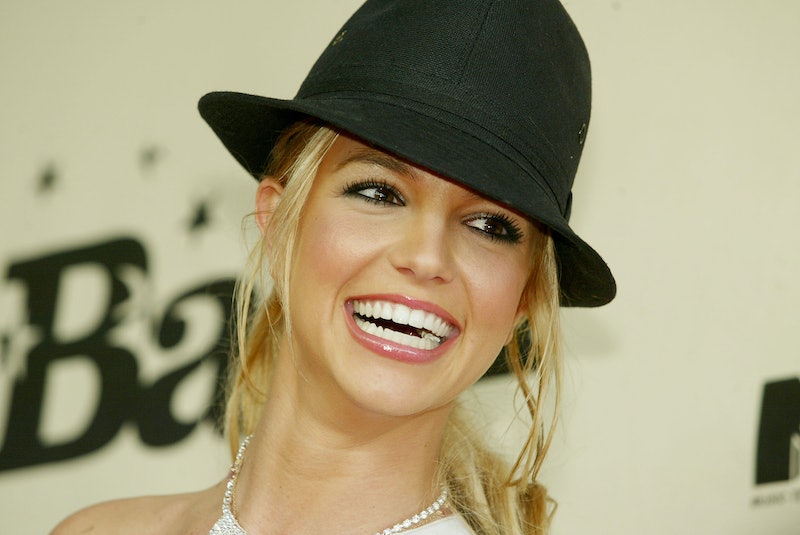 Being a Britney Spears fan has its trials and tribulations. After all, Brit Brit has been on the scene since 1998. That is a pretty long time, and it's been full of many highs and lows. This means that the fans who have stuck by the pop princess are very loyal. So loyal, in fact, that we can take a lot of her hardships pretty personally. It's weird, I know, but that's just how it is. There are just some Britney Spears moments that we will never ever get over.

From the award show snubs, to some questionable fashion choices, to the Justin Timberlake breakup, to the overlooked tracks from the Blackout album, there are a lot of Spears moments that we are still processing and have very strong opinions on. It may sound a little extreme, but die hard Britney fans are just that.

We feel personally slighted when when Brit is insulted or disrespected. When she wears an odd outfit, we are vicariously embarrassed by it. When she has an embarrassing moment, we feel the awkwardness. When someone insults her, we are blinded by the shade.

There are plenty of things that the die hard Britney Spears fans will never get over, so if you are a devoted fan, I'm sure the 14 items below irk you as well.

The 2000 Grammy Awards were a tough one for Spears fans. It was her first shot at a nomination and we were all pumped for her to take home the Grammy for Best New Artist. She completely dominated 1999 and it seemed like a sure thing. She was even dressed like a winner in a classy white gown with a fur stole. Don't get me wrong, Christina Aguilera has a beautiful voice, but Britney Spears was an immediate pop culture icon. She ushered in a new era in music and she deserved to be awarded for this innovation.

"Toxic" Losing Video Of The Year At The VMAs

I will never get over "Toxic" losing Video of the Year at the 2004 MTV Video Music Awards. "Toxic" is an iconic video. From the wigs, to the sheer body suit with the jewels, to that stewardess outfit, everything about the music video was on point. Outkast ended up taking the trophy, but Spears will always be the 2004 winner in my eyes.

The Justin Timberlake Break Up

This break up still kills me. I always wanted them to have pretty, blonde children with superior dance abilities. It's very clear that they've both moved on, but I just wish they didn't.

2007 was a rough year for Britney Spears fans. On one hand, I just don't want to mention it ever again. I try to ignore any references to head shaving, wig wearing, umbrella yielding, Paris Hilton, the "Gimme More" music video, and that VMAs performance. Conversely, it can be looked at as inspirational period: If Britney Spears can make it through to the other side of 2007, I can do anything.

Britney Spears's 2004 knee injury changed everything. She got hurt during the music video shoot for the song "Outrageous", had to get surgery, and the video was never completed. The song never got the promotional push it deserved and was ultimately under-appreciated by the masses. And to be honest, Spears' dance abilities have never been quite the same.

"Radar" Being On Every Album

Well, the song "Radar" isn't really on every Britney Spears album, but it made A LOT of appearances. It was originally featured on Blackout, which was released during that unspeakable era in the Britney universe, so I get that she wanted to give the song a fair shake by putting it on another album. So then, it appeared on Circus. Then "Radar (Tonal Club Remix)" appeared on her B: in the Mix: The Remixes Vol. 2. "Radar" is also a track on The Singles Collection. I love the song, but "Radar" making multiple album appearances has become an inside joke among the community of Britney fans.

Britney's Mom Outing Her For Losing Her Virginity

By now, we all know that Britney Spears was "not that innocent," but she had the world under quite the illusion. We all believed that she lost her virginity to Justin Timberlake back in the golden era of pop music. She even told W magazine, "I’ve only slept with one person my whole life." And that she lost her virginity "two years into [her] relationship with Justin.” We all accepted that as the truth until her mom, Lynne Spears, wrote about her daughter losing her virginity in her tell-all book. Lynne revealed that Britney lost her virginity at age 14 to an older football player. Well, that's one way to get people to buy your book. Shaking. My. Head.

The Lack Of Appreciation For Blackout

Blackout is the most under appreciated album in pop music — at least in the eyes of Britney Spears fans. It came out in 2007, when the haters were being really hard on Brit during her rough patch. And as a result, no one really took the album seriously even though every song was immaculate and single-worthy.

Only Getting Two Singles From Britney Jean

It's hard being a Britney Spears fan nowadays. We got so used to her cranking out new hits year after year that we were pumped for the release of Britney Jean . Sadly, she only released two singles from her last album, "Perfume" and "Work Bitch." While both songs are great, we just wanted more. Is it too late to release another track and shoot a music video?

Any VMAs Without A Britney Spears Performance

The VMAs have become synonymous with epic Britney Spears performances. From her collaboration with *NSYNC, to her dancing in that body suit to perform "Oops I Did It Again," to that kiss with Madonna — the VMAs tend to be kind of lackluster without the pop princess. I always watch them with the hopes that she is going to make some sort of surprise performance.

Britney Spears does not have the largest vocal range, but she really is a good singer. It's annoying when her producers overuse the autotune on her songs because it is not at all necessary. They should let her voice shine on its own. Plus, it would silence the haters who rag on her singing abilities.

Britney Never Getting An Endorsement Deal For Gum

A lot of people make fun of Spears for her chronic gum chewing, but her true fans find it endearing. She is always chomping on gum in interviews, on the red carpet, and in paparazzi shots. It's so surprising that she has not been a spokesperson for a chewing gum brand. This would be the best advertising pairing ever.

Most Britney Spears fans are not fans of Kevin Federline, but we appreciate him for giving Spears happiness in those years and her two beautiful sons. The one thing we really did not want was their short-lived reality show Britney and Kevin: Chaotic . Of course, we all watched to support our girl, but it was not the most flattering portrait of Spears and her relationship.

From the snubs, to the career missteps, to the breakups, Spears fans have been through it all. We will always have her back, even though there are surely more moments won't be able to get over to come.