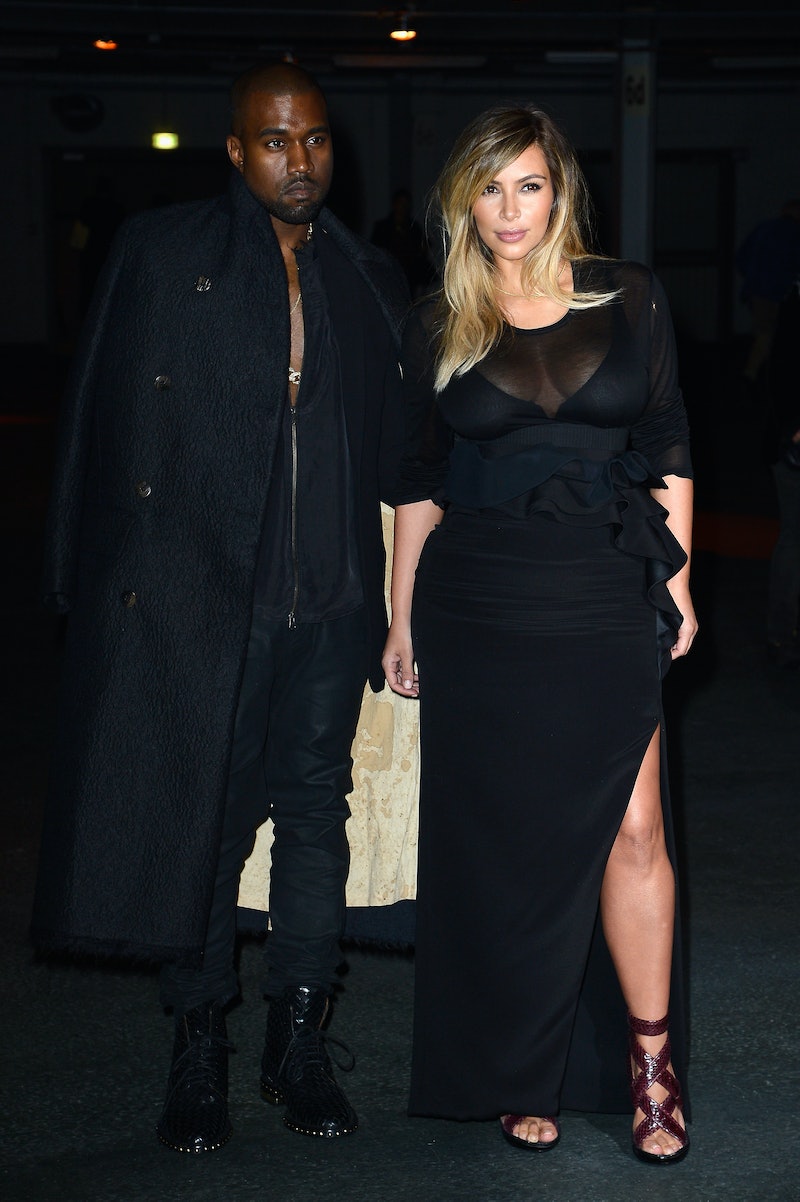 Third time's the charm? Kim Kardashian is engaged to Kanye West, according to E! Online. The Yeezus rapper proposed to the Keeping Up with the Kardashian star Monday in San Francisco's AT&T Park, which West rented out for the engagement. Not surprisingly, they were not the only ones to fill the stadium — the couples friends and family (and, no doubt, E!'s cameras), were also in attendance, reportedly popping out of the dugouts following the proposal. (According to one columnist, 50 musicians also were at the proposal.)

There's no doubt that the couple has been happy — or, at least, appeared to be happy to the press. Just last week, after Kardashian tweeted a provocative photo of herself on Instagram, West responded "HEADING HOME NOW."

Kardashian, who also celebrated her 33rd birthday Monday, and West — who welcomed their first child, North West, in June — began dating shortly after the reality star's 72-day marriage with Kris Humphries ended in 2012. (Kardashian's first marriage, to musician Damon Thomas, lasted four years.) And, just a few months ago, Kardashian was talking marriage in a special E! interview with Ryan Seacrest. "I do think I would get married again," she told the Keeping Up with the Kardashians executive producer. "That's what I've always wanted — just because you think you find it and you realize that's not it. I was brave enough to realize that quickly and not waste time, I found what I really wanted. I do want that."

Likely, this will all lead to an E! wedding extravaganza that will be twice as extravagant as Kardashian's nuptials to Humphries, which were televised in a four-hour special. But, hey, at least Kardashian and West did Bruce Jenner a favor by distracting America from this story.