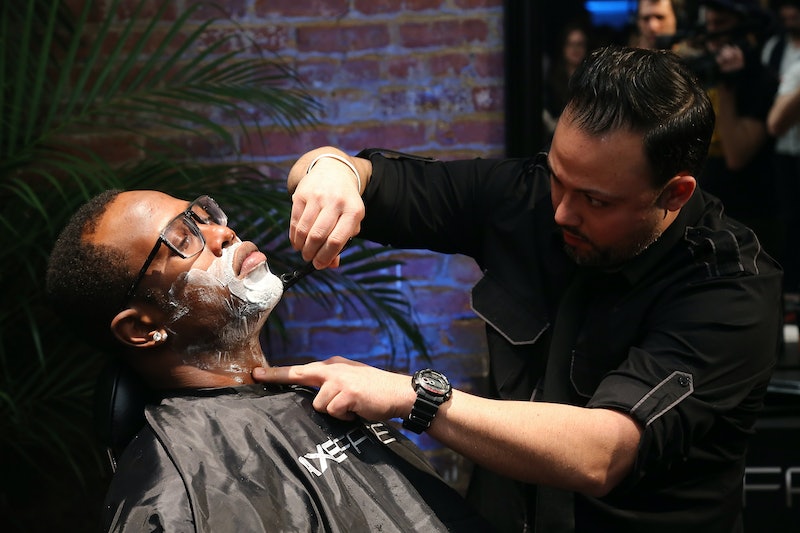 Business Insider has made their stance clear: “The beard trend is over. It's time to shave.” Men’s Journal tells readers that “if you are currently sporting a beard solely for the attractiveness of the trend, then you need to jump ship and shave. Since clean-shaven or stubbled faces are becoming less common, they are scientifically more attractive and trendy.” Musician Andy Butler agrees — he told the New York Times that pop culture’s fixation with abundant facial hair was “a man trend and it was this notion of masculinity and what’s handsome, but it may have hit its peak.”

And to that, I say: THANK GOODNESS.

In case it wasn’t painfully obvious by now, I’m outnumbered by the beard lovers. If you read Why Men With Beards Make Better Boyfriends, you would understand what I’m up against in terms of my taste in facial hair. The beard trend is killing me — it’s just not something I’d go for in a guy. But for those of us who love a clean shave, there’s hope. If the New York Times says that beards are overrated, perhaps more men will reject this tired trend. But in case you need a little bit of convincing, here are some of the reasons why I’m over beards.

1. On most younger men, it looks like peach fuzz

Keep on scraping off those wisps of facial hair, Spongebob. I mean, technically, sponges don't even have hair. But as far as I know, that's never stopped a cartoon sponge from shaving.

2. On most older men, it looks downright haggard

Two words: Duck Dynasty . If that doesn't scare away the idea of beards in older men, I don't know what will.

3. Roald Dahl hated beards enough to write a book about it

Beloved children's author Roald Dahl really disliked beards. All About Roald Dahl claims that Dahl thought beards were "grown to hide something horrible about a man's character" and also criticized beards as dirty because "food gets stuck in them." In his book The Twits, Dahl opens the story with a rant against beards: "When a man grows hair all over his face it is impossible to tell what he really looks like. Perhaps that's why he does it. He'd rather you didn't know."

He then goes on to describe the book's male lead, Mr. Twit, arguably one of Dahl's most dastardly creations: "Mr. Twit felt that this hairiness made him look terrifically wise and grand. But in truth he was neither of those things... The hair on Mr. Twit's face didn't grow smooth and matted as it does on most hairy-faced men. It grew in spikes that stuck out straight like the bristles of a nailbrush... He hadn't washed it for years."

There you have it. I've been indoctrinated against beards since childhood by no less than the creator of Matilda and Charlie and the Chocolate Factory. And he was right because...

4. There's something dark and smoldering about a clean shave

Okay, so we know that Sweeney Todd, the Demon Barber of Fleet Street was a murderer and a cannibal and definitely not someone I'd want to run into while he's muttering about how much he hates London in a dark alleyway. BUT as played by Johnny Depp, he's also quite charming. And he knows the value of a good shave. In the song "My Friends," he even serenades his razors:

These are my friends See how they glisten See this one shine How he smiles in the light My friend My faithful friend You see? Razors are friends. Shaving is fun. BEARDS, BE GONE!Images: Tumblr: 1; Giphy: 2,4; Pinstake: 3

More like this
The 4 Most Forgiving Zodiac Signs
By Kristine Fellizar
The “Teenage Dirtbag” Trend Is TikTok's Latest Nostalgic Obsession
By Meguire Hennes
Lotus Biscoff Does A Biscuit-Chocolate Hybrid Now
By El Hunt
Bustle Newsletter: August 18, 2022
By Stephanie Talmadge
Get Even More From Bustle — Sign Up For The Newsletter