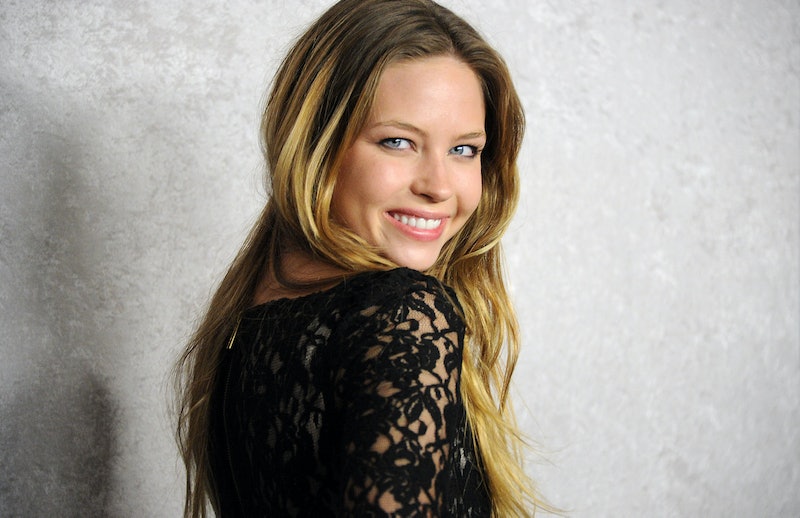 We've all had that moment in college when we notice that our professor or TA is pretty hot, because intelligence is definitely attractive. Whether you've acted on it or not, you know it's seen as taboo — especially if you're still enrolled in the class. Lifetime's TV movie Killer Crush, premiering Saturday night, features a co-ed named Paige (Daveigh Chase) who takes her crush on a professor to a whole other level. She grows obsessed with the man as she takes care of his wife, who has Multiple Sclerosis, and soon the crush turns, well, killer. And don't think this is just something for the movies — plenty of student-professor relationships have also turned deadly in real life.

Earlier this year, Harvard University went as far as to completely ban "sexual and romantic relationships" between undergrads and faculty — period. Previously, Crimson co-eds could get away getting it on with their prof if they didn't share a class as teacher and student. Yale and the University of Connecticut also have similar bans on classroom affairs. "Some schools have a tiny minority of professors who use their popularity and prestige to empower themselves, and students respond to it," University of Cincinnati Professor Billie Wright Dziech told Bloomberg. "This is a very, very serious problem for higher education."

Yikes. Here are some other real-life stories that may get you to reconsider being hot for teacher.

Last year, the ASU newspaper The State Press reported that there were at least two cases of sexual misconduct between professors and students at Barrett, the university's honors college. There were discussions on how the term "sexual assault" differs from "inappropriate sexual conduct," pointing out, while these affairs may have been consensual, the professors were in positions of power.

“I felt like I owed him sexual favors in exchange for things like letters of recommendation and extensions on class assignments,” a sophomore named Jane (not her real name) told The State Press.

Earlier this year, ASU adopted a ban on student-professor relationships, much like Harvard and Yale.

When The Teacher's Obsessed

Pennsylvania high school physics teacher Christopher Swanson became obsessed with a former student of his and would post Facebook statuses about how he needed to share his life with her. The Bradford Era reported that he allegedly had an affair with a student and lost his teaching license due to it. "She’s going to Mercyhurst [College]," one of his Facebook posts read. "I'm going to be left alone. Her life will be one of joy and happiness, while mine will be drenched in sorrow and despair. She would never love me anyways. I’m 22 years older than she is."

In September 2013, the 42-year-old man drove to the Mercyhurst campus and shot himself. "I'm going to kill myself," Swanson wrote on Facebook. "Because I'm trapped in a hideous, vile, despicable world, a world maliciously engineered to obstruct the fulfillment of one dream, my only dream, sharing my life with" the student.