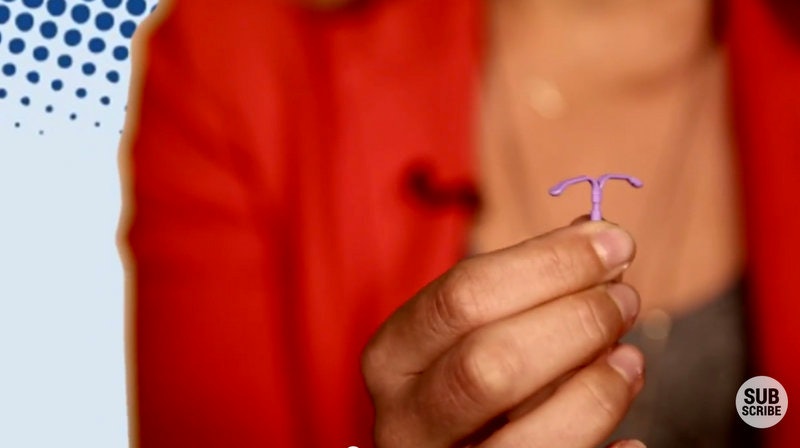 You probably know someone who has used an IUD (intrauterine device) as their contraceptive method of choice, as it has risen in popularity over the past few years. In fact, since 2009 IUD use has risen by 91 percent among Planned Parenthood patients, making it one of the most popular forms of birth control on the market today. Cleo Stiller of Fusion has set out to answer all of your IUD-related questions and give you the scoop on why IUD's are one of the trendiest forms of contraception around today.

The IUD is what is known as a LARC, or a long-acting reversible contraception. These forms of birth control last for a long period of time, are obviously reversible (hence the name), and are also highly effective in preventing pregnancy. As stated by Stiller, the American Academy of Pediatrics recommended that teen girls use LARC methods over short acting methods, such as the birth control pill. The reason being that short acting methods are often made less effective due to human error, as one 2012 study found that over nine percent of women using short acting methods of contraception like the pill, vaginal rings, and patches became pregnant within three years, versus less than one percent of those who used the LARC methods of IUDs and implants.

Here a few reasons that real women are using IUDs.

You Don't Have to Remember To Take It

YouTube personality BabyPie101 said in her video submission that she used the IUD because she liked not having to worry about remembering to take a pill every day. She raises a good point, because the IUD can last for up 12 years!

You Can Kiss Your Period Goodbye

YouTuber ChocholateTresses says that she uses the IUD because it takes away her menstrual cycle, which she doesn't care to have. To understand how the IUD can affect your period, first it's important to know that there are two types of IUDs, the hormonal method and the nonhormonal method. The hormonal method is known as Mirena and delivers you the same hormones you would get on something like the pill and many women find that this type of IUD lightens of completely eliminates their periods. However, the non-hormonal IUD can cause heavier, more painful periods, especially during the first six months of use. So while it is true that the IUD can stop your period, you have to use the hormonal method in order to receive this benefit.

There Are No Worries

LivingGreenSavingGreen of YouTube shighlights the fact that you don't have to worry about taking anything on time, or remembering to refill a prescription, or keep track of dates, since all the IUD requires is a simple insertion. This makes having an IUD a stress-free form of contraception, since you don't have to worry about doing anything after insertion. Therefore, you can pretty much rest assured that you're NOT pregnant, without having to actively do anything daily to ensure that.

If you want to learn more about how the IUD works and why it's so effective, watch the full video below.