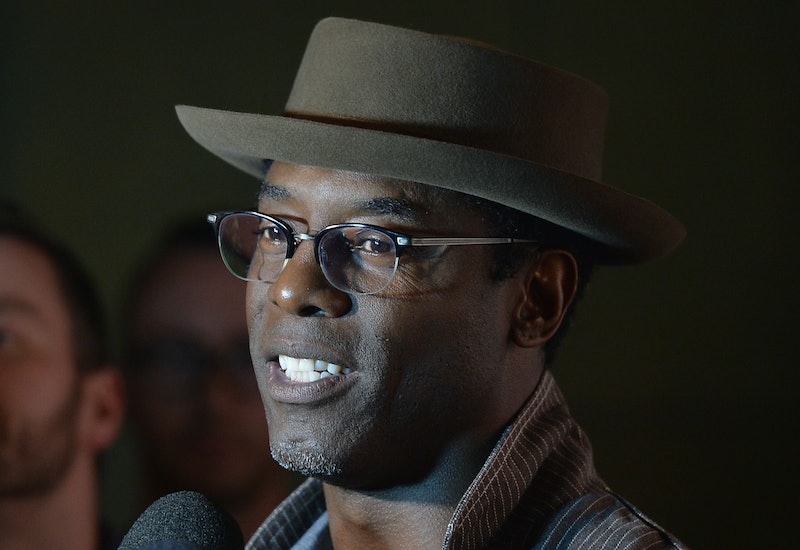 Isaiah Washington recently found himself in some hot water after writing a tweet to Chris Rock about racial profiling. Shortly after Rock posted on his Instagram page that he was pulled over by the cops again (the third time in a short span of seven weeks, and he's been making a powerful statement by posting selfies of each occurance), Washington posted a tweet that elicited quite the controversy. Afterward, Isaiah Washington attempted to clarify his comment on CNN, but it was still somewhat unclear what he meant by his original tweet. The tweet reads,

Seeing as the tweet seems to suggest that Rock should follow Washington's example if he wants to avoid racial profiling by police in the future, it is unsurprising that it got several Twitter users riled up, including musician Questlove. The Roots drummer tweeted in response to the actor, "Prius won't save you from #DWB [Driving While Black] @IWashington i know. trust." Washington later tweeted that his original message was "misconstrued" by "millennials."

During his CNN appearance on April 1, when asked to clarify what he meant, Washington reiterated that he has not been pulled over since he started driving the Prius, in comparison to the many times he was pulled over before. About Rock specifically, Washington said,

Obviously, he hasn't broken any laws. And what you drive shouldn't matter, particularly if you are an African-American man. But if you are at war, which we all know that we are, there is a sentiment in the air that is highly toxic, highly negative.

He also added that Rock should visit with the local police officers in the community where he was pulled over and ask them about it.

Washington's appearance on TV will likely only lead to more questions and possibly more backlash. In particular, some may wonder why Rock (or black men in general) should feel the need to "adapt" at all, especially if he did not do anything wrong.

This all being said, the issue of racial profiling is still an important conversation to have, regardless of how it is sparked. After all, at the end of the day, Rock has the right to drive whatever car he wants. This is obviously not an issue that will be fixed overnight. But that does not mean we should stop hoping and fighting for change for the sake of everyone who has to deal with this issue on a regular basis. And how can we continue the fight if we stop talking?