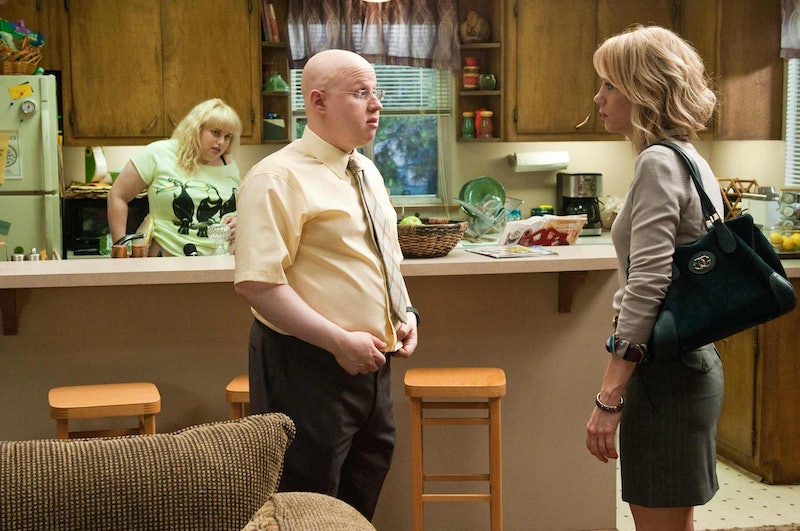 Living with people in a roommate situation can be challenging, and things can get tense. Sometimes you can work out your differences, and other times you can’t, making a parting of the ways your best solution. I’ve had lots of roommates over the years: people that I’m still friends with, people that I'm distantly friendly with, and people with whom I would avoid if at all possible. But no matter how many people you've lived with, figuring out how to deal with roommates from hell can always be a major challenge.

Out of all my roommates, there was one that stands out in my mind as the absolute worst-we’ll call him Shawn because that’s his name. Shawn was everything you don’t want in a roommate as he was an annoying, thoughtless, narcissistic idiot who spent most of his day getting high, and sneaking bites of pizza to my cat. Sean was such a bad roommate, that I not only moved, I sold my house rather than have to deal with him a second longer.

“Are you serious?” was Shawn’s usual response when he was told things like his rent was past due,or that he wasn't going to become a huge star just because Leonardo Dicaprio appeared to him in a dream and told him so, or that he needed to take his old pizza boxes to the trash rather than stack them up in a corner so that the bits of pepperoni that were still stuck on them wouldn't attract ants, rats, or any other kind of vermin into the house. If I could live with Shawn, I could live with anybody.

1. They're always surprised when rent is due, and they're almost always late with it (if they manage to pay at all.)

What To Do: Start reminding them one week before that rent is due, and again two days before the actual due date. You might feel like you’re the annoying one, but it’s worth it to avoid having to pay the entire rent by yourself or being late on the payment.

2. They eat your food without permission.

You’ve been dreaming about that last piece of birthday cake that’s in the refrigerator. Chocolate-your favorite, and besides you want the celebration to continue, you only turn 29 twice, right? But when you look for it, the cake is gone. Dang, the treat thief has been at it again. Your roomie is constantly eating your food, and never replacing it, even when you’ve clearly marked you name on it.

What To Do: After you have yet another talk with them about how your food is yours, and theirs is theirs, hand them a bill for the food they’ve eaten. They probably won’t pay it, and it might piss them off, but it will work as a visual reminder to keep their hands off your ice-cream!

3. They don’t eat your food, but they stink up your apartment with their own horrible smelling and you can only imagine, awful tasting food.

I had a roommate once, who was a very nice guy, I liked him a lot, and he was very easy to live with except for the fact that his go-to dish was a mixture of Kraft Macaroni and Cheese, Miracle Whip, and un-drained canned kidney beans. I understand if you just threw up in your mouth a little, because I would every time he made this horrifying concoction of un-edibleness.

What To Do: Since you can’t tell someone what they can, or can’t cook in their own house, encourage them to take a cooking class at a nearby college, or implement a plan of household meals, where all the roommates prepare, and share a meal together. It’s fun, you’ll learn about different kinds of foods you might not normally be aware of, and it cuts down on the possibility of Tuna and Chocolate Chip Surprise permeating the house with its stench.

4. They use your stuff without your permission and often damage or break it in the process.

When one of my roommates admitted to me that they had used my wildly expensive tweezers to pluck out their nose hair, I had to immediately dispose of those tweezers and buy a new pair.

What To Do: Make it clear that your stuff is yours, and that they aren’t to use it unless they ask first and you verbally give them a yes. They are never to assume it’s ok to use your pasta bowl to mix peroxide in.

5. Your roommate’s messiness is spreading and isn’t confined to their room, but has now overtaken the living room, dining room, kitchen and bathroom.

You can only clean up after your roommate so many times before you start resenting them. Every time you bring up their slobitude, they promise to be better at cleaning up after themselves, but you’ve yet to see any improvement.

What To Do: People can feel shame regarding their cleanliness issues, so try to bring up the subject in the least confrontational manner possible. Tell them that you don’t feel comfortable watching T.V. in the living room when there’s rotting food within your eyesight, plus it’s hard to focus on The Fall when your roommate's dirty underwear is sharing the couch with you. First of all teach by example and keep your areas clean. If your roommate doesn’t get better after you’ve talked with them about the problem, you could put all their dirty clothes in trash bags, put cleanser in your sinks, shower and toilet (so that they are scrub brush ready,) or leave the vacuum where your roommate is sure to trip over it.

6. They do their portion of the housework but they do it badly.

What To Do: I try to be grateful for the chores that are done and let go of the annoying cleaning habits that I don’t agree with such as my roommate insisting on one sponge for cleaning cat dishes and another for human dishes. Sometimes you just need to pick your battles.

7. Your roommate drinks (or smokes) too much, at all hours and often brings their drunk friends home with them.

Hey, it’s a party at your house, and you’ve got a very important biology exam tomorrow. When your roommate's drinking has morphed from one or two drinks to twelve every night, and they’re not just interfering with your life, but your roommates as well, that’s a real problem.

What To Do: Again, you’re going to have to tell them how worried you are about them, and how the situation isn't healthy for either of you. You can offer to go with them to an AA meeting, or do whatever you can to assist them to get control over their life. It’s what you’d want them to do for you.

8. Your roommate’s partner spends a lot, I mean a lot, of time at your house, and doesn’t contribute in any way to the rent, utilities, or food.

You come home and the roomie’s S.O. is there. You know that they’ve had sex on every piece of furniture in your apartment, from the way they burst into laughter when you’re about to sit down on the couch, or lean against the kitchen counter.

What To Do: The passive aggressive response might be to immediately get a significant other of your own and encourage them to hang out at your house exclusively thereby showing your roommate how annoying it can be to have an interloper there all of the time. You could also explain to the roommate that now that there’s three of you, their S.O. needs to pay their share of the rent and expenses, and that they need to restrict their sexy time to certain areas and times.

9. You love animals, and in your home pets are definitely allowed, but your roommate is a terrible pet owner.

They keep their cat confined their room, and rarely clean the litter box so your apartment smells as if a mentally deranged cat hoarder lived there.

What To Do: First get an approval for you to visit your roommate's pet in their room. Then get permission for their cat/dog to have supervised visits out in the apartment. Purchase a strongly scented candle, and give it to your roommate for the smell. Remark how you read somewhere that litter boxes should be cleaned at least three times a day, but how you think that’s a little excessive, that once a day is just fine. Hopefully your roommate will get the hint without you having to get up in their business about their pet’s business.

10. Your roommate is super self-centered and inconsiderate.

They’re up all hours, or loud when people are trying to watch T.V. or work. You want the toilet seat down, so that your (not-genius) cat doesn’t fall into the toilet again. You’ve tried asking them to keep it down-the noise level, and the toilet seat, but it never seems to stick. When your roommate continues to talk to you during a critical moment in Nashville, you ignore them, hoping that by not engaging with them, they’ll get the hint to shut-up, but they don’t.

What To Do: If you’ve tried talking to them and showing by example and nothing works, then you have to decide if living with a narcissistic A-hole is worth it. If not, it may be time to give your annoying roommate their notice.

It all comes down to communicating with your roommates in an empathic and kind way.

Try not to be confrontational without sensitivity. Talk in person whenever possible and don't use texts, emails, snapchat or Facebook messages to discuss any issues you might be having with them. Living with anyone has its challenges, and its benefits. If you're clear what you will and won’t stand for, you have a better chance of improving your living situation. If not, change is always good and maybe your next place and roommate will be better.

Now if I could just get the back rent that Shawn owes me.