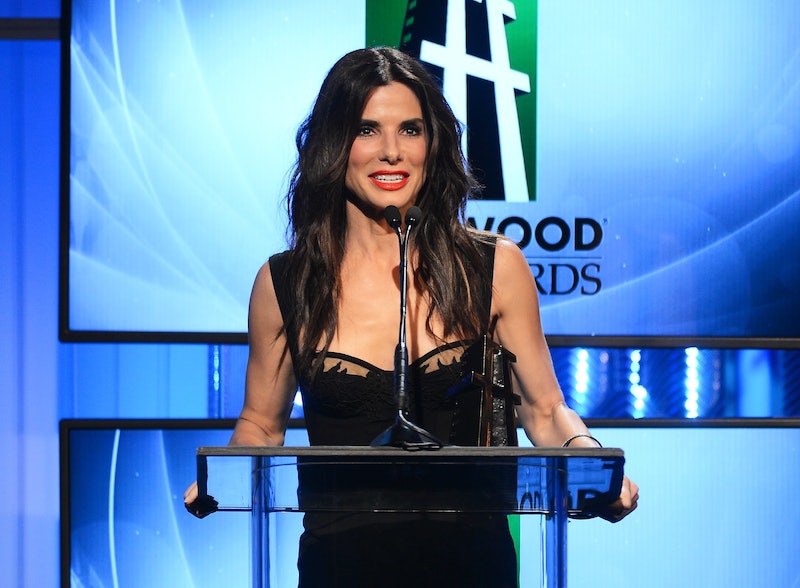 You usually see people going on and on about how terrible Hollywood is, so this is a pretty (nice?) change: In her acceptance speech at the Hollywood Film Awards last night, Sandra Bullock defended Hollywood, stating that the film industry as a whole has a "bad reputation" in the media:

Sandra Bullock has reason to say this, if you think about it: She's pretty much the only actress I can think of who can go from winning an Oscar in a serious drama to stuffing peanuts up her nose in a buddy cop comedy, then goes back to a serious drama that'll probably win her another Oscar — seamlessly.

More like this
Markella Kavenagh was working in retail before 'The Rings of Power'
By Maxine Harrison
Lindsay Lohan & Jonathan Bennett Celebrated Mean Girls Day Very Differently
By Jake Viswanath
Alan Rickman's Diary Reveals Why He Considered Leaving 'Harry Potter'
By Darshita Goyal
What Is Miles Teller’s Net Worth? The 'SNL' Host's Bank Account Is No Joke
By Meg Walters
Get Even More From Bustle — Sign Up For The Newsletter