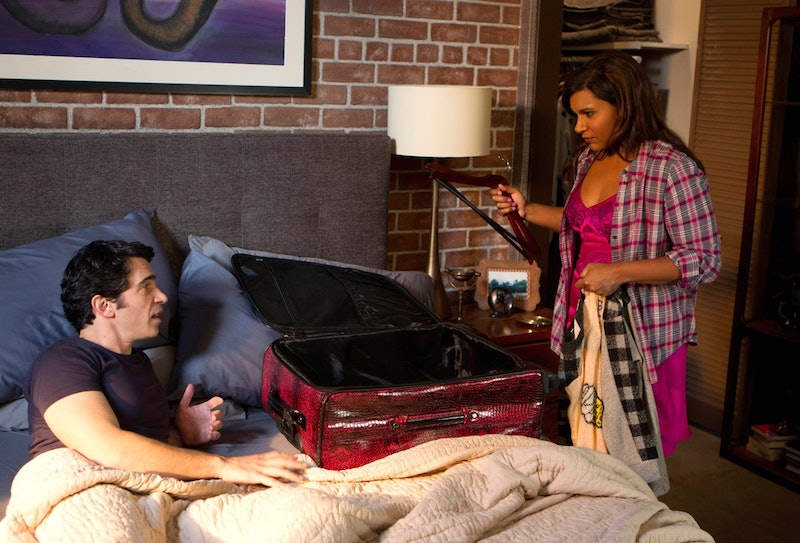 The Mindy Project is a highly flawed show that still manages to be greater than the sum of its parts. Or, maybe it's that its good parts are so great that they make the bad seem pretty insignificant. Unfortunately, The Mindy Project's ratings are currently disturbingly low, and they've never really been high, making a lot of people wonder if it's facing cancellation. While New Girl was renewed for the next season, Fox has remained tight-lipped about Season 4 of Mindy. And a lot of fans are worried that it is the end of this quirky, hilarious, empowering show.

While it's hard to imagine Mindy seeing a ton more success in years to come — it's taken a little too long to establish its voice, alienating some fans while not bringing in a lot more — I think this show at least deserves a solid end. Season 3 finished on a super high note, and I'd love to see more of Mindy and Danny's maturing relationship, as well as how the pregnancy plays out — though it's hard to imagine that having a fairytale ending.

But for anyone out there who is listening, here are seven reasons why The Mindy Project should not be cancelled anytime soon.

1. The season finale ended on a cliffhanger

It was beautiful, but it certainly felt like the build up to something rather than an end in itself. As Margaret Lyons brilliantly wrote in Vulture, "this is not how a rom-com ends."

2. There will always be more guest stars

It probably has to do with Mindy Kaling being so beloved, but the show has had the best guest star game on television, with Stephen Colbert and Laverne Cox appearing in the end of the third season alone. I'm sure that they'll be able to attract more guest stars in seasons to come, and I think that known Mindy friends Lena Dunham, Reese Witherspoon, and basically anyone who was on The Office would be great.

3. We get to meet Mindy's parents

Since the finale ended with Danny about to meet Mindy's family, it seems inevitable that they will play a role in the upcoming season. I'm obsessed with Mrs. Castellano, and I'd love to get to know Mr. and Mrs. Lahiri.

Regardless of the success of The Mindy Project, everyone loves Mindy Kaling. Having her project on any network is a good plan.

Whether you love it or hate it, aren't you interested in how it's going to play out? Will Mindy have the baby? Will she and Danny get married? How could they possibly be good parents? An answer to these questions will surely prompt at least a few people to tune in for the next season, which is will be dramatic, and probably controversial, which leads me to...

6. The show is not afraid to take risks

7. They've already proven that bringing the romantic leads together works

Mindy and Danny are perfect together, and, rather than dispelling the tension on the show, they've been able to keep it interesting. I'm on board for whatever happens between Mindy Lahiri and Danny Castellano as long as we still see plenty of their amazing dynamic.