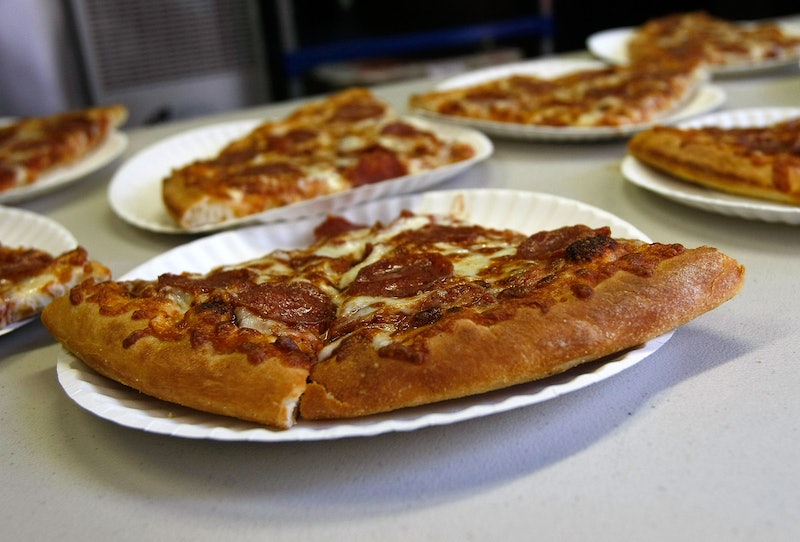 The popularity of gluten-free products in the U.S. has risen drastically in recent years, with the percentage of families purchasing them increasing from five percent in 2010 to 11 percent in 2013. But is this a lasting pattern with proven health benefits or just the latest dietary craze? Is there really a "war on gluten" – and if there is, do we even need to be fighting it?

The gluten-free diet was originally just a way to curb the symptoms of celiac disease, which affects the small intestines of about one percent of the population. But now, people without the condition are avoiding wheat products like the plague: in 2013, a third of American adults said they were trying to eliminate gluten from their diets. Heck, there’s even a musical about the gluten-free lifestyle. It's called "One Grain More," and yes, it's a Les Miz parody.

For those like "One Grain More's" creators, going gluten-free isn’t just a dietary choice — it’s a way of life. The Gluten and Allergy Free Expo, where gluten-free fanatics convene each year, also exposes this trend. While the Gluten Free Museum may sound like a similar gathering place, it’s actually a Tumblr that has taken over the Internet this week with satirical gluten-free renditions of famous works of art and scenes from popular movies and TV.

But according to a recent Vox post, the French Tumblr illustrates a point more profound than the art and entertainment world’s gluten reliance: It shows that Americans are in a “war on gluten” — and we need to pick our battles more wisely. Writes Julie Belluz:

“Think fields without wheat, empty pasta plates, and breadless dinner tables. What's left behind is a sad gluten-free world. The emptiness of the after images suggest how important this staple is to human life and culture.”

Poetic nostalgia aside, are non-celiacs who go gluten-free missing out for nothing?

“The gluten-free diet is entirely necessary for people with celiac disease because they have a genetic inability to process gluten, and it causes them severe dietary distress,” Timothy Erick, a PhD student in Molecular Biology, Cell Biology, and Biochemistry at Brown University, told Bustle.

An increased incidence of celiac disease in recent decades does in part explain the rise in gluten-free diets, but not entirely.

“For people without this documented medical condition, there is really no reason to avoid wheat,” Erick said. “That's like saying milk is bad for everyone, when in reality it's only lactose intolerant individuals who have a problem with it.”

Kelly Thomsen, a Vanderbilt University gastroenterologist, told ABC News something similar: “There’s nothing inherently unhealthy about gluten.” In fact, cutting out gluten can cause deficiencies in fiber and other nutrients found in wheat products, she warned.

Why, then, do so many people with non-celiac gluten sensitivity claim that the gluten-free diet has revolutionized their lives?

Studies have suggested that many who react poorly to wheat products, such as those with irritable bowel syndrome, are actually reacting to a group of carbohydrates called “Fodmaps” rather than gluten. When these people eliminate gluten from their diets, they may feel better because they are also eliminating Fodmaps in the process.

Hitesh Hajarnavis, the CEO of gluten-free snack company Popcorn, Indiana and a parent of children with food allergies, offered The New York Times another theory:

“There is a growing population of people who have somehow heard that gluten-free is healthier or think of it as fashionable, and when they remove gluten from their diet, they’re inadvertently taking out a lot of processed foods and are really feeling the benefits of eating healthier foods.”

Most likely, like the past wars on fat and carbs, the war on gluten is just a passing craze. So unless you’ve been diagnosed with celiac disease (or you’re keeping kosher for Passover this week), there’s no reason to forgo that slice of pizza.