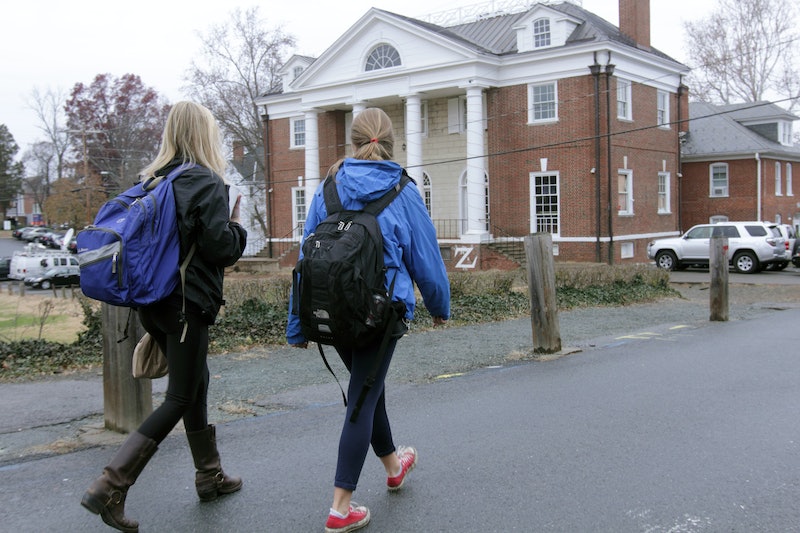 On Easter Sunday night, Rolling Stone published a response to its widely read and widely discussed story "A Rape On Campus," first published last November, following an investigative report on the article by the Columbia University Graduate School of Journalism. The subhead to Rolling Stone's response? "An anatomy of journalistic failure." Seeing that, there was little wonder why Rolling Stone retracted "A Rape on Campus," after seeing the report. But many are wondering why, after seeing details of how the story was reported, author Sabrina Rubin Erdely was not fired.

Nor were any fact-checkers at the organization, according to CNN via Rolling Stone publisher Jann Wenner. That decision was made, despite the fact that Columbia University found numerous problems with Erdely's story. The most egregious, perhaps, was the fact that the main source in the piece, alleged rape victim Jackie (who operated under a pseudonym for the story), was nearly the only source for the story. According to the report, Jackie's friends — who were, according to the story, with Jackie following her alleged rape — were not even contacted during the fact-checking process. This breaks a key media rule that any incoming freshman would be taught in Journalism 101: Check your facts.

And it seems the controversy surrounding the story will only continue. After all, following the news that Rolling Stone would not be firing anyone on its team for the article's journalistic mishaps, several people on Twitter pointed to a 1996 report from The New York Observer that implied a Rolling Stone writer was fired after writing a negative review about Hootie & the Blowfish. (The magazine wouldn't detail the circumstances regarding his departure, thanks to "employer-employee privacy.") But this, coupled with the fact that most reporters — like The New York Times' Michael Finkel or The New Republic's Stephen Glass — who break journalism ethics codes are shown the door, will only continue to keep Rolling Stone's reporting errors in the news.

Not to say that Rolling Stone doesn't realize its mistakes. In its response published Sunday, the magazine addressed the "national controversy" that unfolded after details in its initial story were called into question by The Washington Post . Managing Editor Will Dana wrote:

This report was painful reading, to me personally and to all of us at Rolling Stone. It is also, in its own way, a fascinating document ­— a piece of journalism, as Coll describes it, about a failure of journalism. With its publication, we are officially retracting "A Rape on Campus." We are also committing ourselves to a series of recommendations about journalistic practices that are spelled out in the report. We would like to apologize to our readers and to all of those who were damaged by our story and the ensuing fallout, including members of the Phi Kappa Psi fraternity and UVA administrators and students. Sexual assault is a serious problem on college campuses, and it is important that rape victims feel comfortable stepping forward. It saddens us to think that their willingness to do so might be diminished by our failings.

Still, Wenner followed up questions regarding Erdely's employment by defending Erdely (who apologized in a separate statement, saying, "I did not go far enough to verify [Jackie]'s story"), and instead pointing to the flaws of Erdely's source. As Wenner told The New York Times, "Obviously there is something here that is untruthful, and something sits at her doorstep." Wenner, however, said he was not intending to blame Jackie with his words. (Dana, on the other hand, said, "I'm responsible," after admitting to not researching inconsistencies after finding Jackie's story "extremely strong, powerful, provocative... ")

And, now, that's precisely where a lot of the attention is likely to turn as the story develops — right towards Jackie. After all, in their statements, Dana and Erdely even pointed out the ripple effect the retraction and surrounding controversy could have on rape victims, who "should feel comfortable stepping forward," according to Dana, without the risk of shoddy reporting diminishing their stories. (And considering the report suggested Rolling Stone use pseudonyms sparingly in the future, it's not unthinkable that victims would be less inclined to speak up.)

No matter what went wrong at Rolling Stone, the real victims are the ones that are worth defending the most.