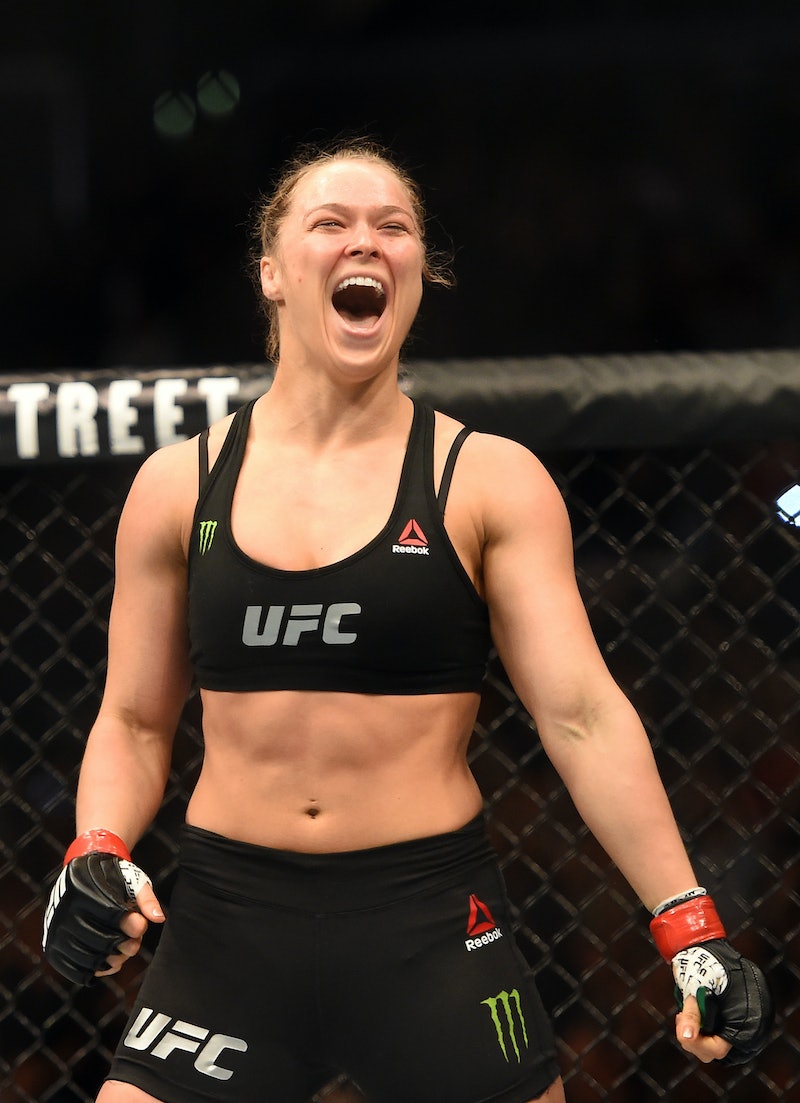 On May 12, you'll be able to read the story of a female cage-fighter's way to the top. But you won't be able to get it everywhere. Walmart has banned Ronda Rousey's memoir My Fight/Your Fight for being too violent. Because fighting.

The book, which is being released on Regan Arts next month, documents the UFC champion's childhood and family history, her secrets, and the path that set her to become super-famous in fighting circles. With all of her accomplishments, including being the first U.S. woman to rack up an Olympic medal in Judo (!), Rousey has a big fan base. (Oh, she's an actress, too, no big.) People are dying to read this book — it's already leapt to the top of Amazon's bestseller list — but they're going to have to stick to ordering it online or snagging it at a local bookstore because of Walmart's ban.

The biggest head-scratcher to which people are pointing: Walmart is the largest retailer of guns in the country, which makes the fact that Rousey's memoir is banned pretty backward. Guns? A-OK. Memoir. No dice. If you're not coming with me, I don't blame you.

This isn't the first product Walmart has banned: they've tossed out a pregnant Barbie, a "naughty leopard" costume, Nirvana's In Utero, and Superbad. Hey, Nirvana? Rousey is in good company.

More like this
10 Must-Read New Books Out This Week
By K.W. Colyard
TV Schedules Undergo Major Changes For The Queen's Funeral
By Sam Ramsden
Women Around The World Are Cutting Their Hair In Solidarity With Mahsa Amini
By Darshita Goyal
Nicola Coughlan Shared A Lady Whistledown Excerpt From ‘Bridgerton’ Season 3
By Grace Wehniainen, Alyssa Lapid and Sam Ramsden
Get Even More From Bustle — Sign Up For The Newsletter