'Mad Men' is coming to an end, and chances are you're toasting to the finale of AMC's popular drama with a martini glass in hand. But while the show has certainly revitalized our interest in classic cocktails, there have been plenty of other memorable ‘ M ad Men' food and drink moments worth revisiting — and recreating — as we prepare to say our final farewell to Betty, Don, and co. From Roger Sterling's tragic lunch to Megan Draper's aversion to orange sherbet, our friends at Food52 are reliving all the drama and sharing a few scrumptious recipes so you can savor your favorite memories — and your favorite dishes — long after the show is over.

Ladies and gentlemen, it’s the end of an era. On Sunday night, AMC premiered the first of the last six episodes of Mad Men — ever. We’ll finally see if Don Draper’s past will get the best of him, if Peggy Olson will find happiness both in and out of the office, and if Sally Draper will turn into Betty Jr. Get your Manhattans and Life cereal ready — we’re counting down our top 10 food (and drink, duh) moments from the show’s seven seasons. 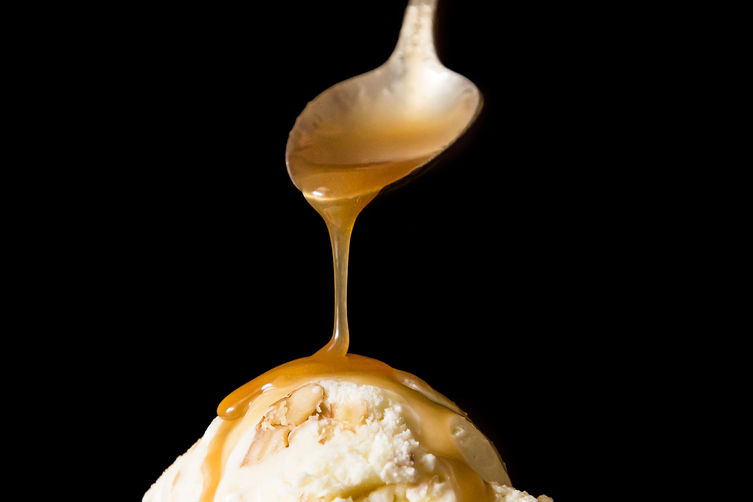 Poor Betty. She may not be the most pleasant character on the show (is there a pleasant character on the show?), but watching her suffer in season six was particularly sad: Unexpected weight gain, loss of sense of self, drifting from Sally, and leaving the honeymoon phase with hubby number two. When no one’s looking, Betty rushes to demolish both her and Sally’s ice cream posthaste so no one will catch her cheating on her Weight Watchers diet. 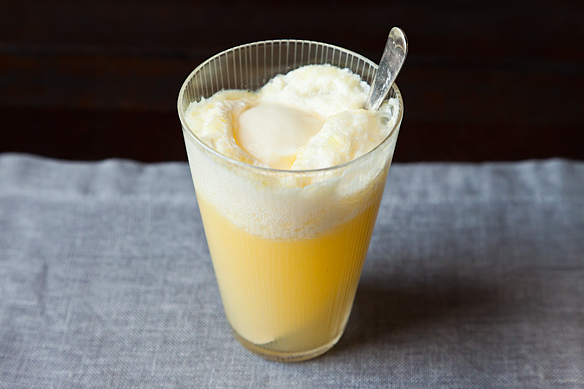 Things are beginning to unravel between Don and his former secretary-turned-wife, Megan, but, when offered the VIP treatment at a Howard Johnson in upstate New York, the newlyweds hop in a car and escape the bright lights and big city. After trying a little bit of everything at the hotel restaurant, Don orders a parfait glass filled with orange sherbert, in hopes of sharing it with Megan. Suffice it to say, it was not a sweet ending.

More: How to Make Your Own Ice Cream At Home 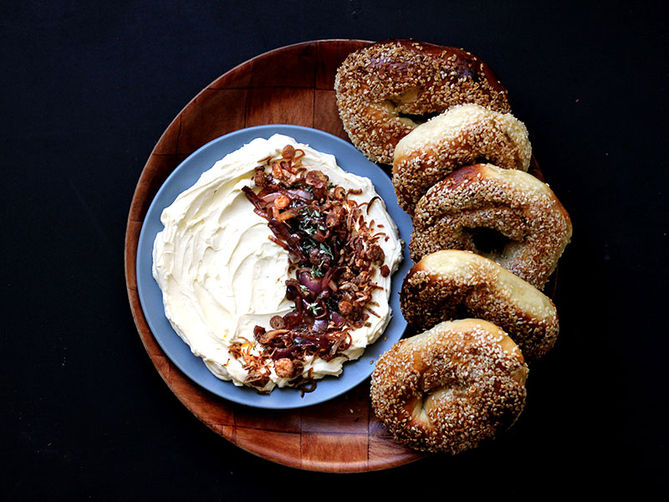 Oh, Pete Campbell, the man whose self-confidence is as waning as his hairline. After marrying Trudy, he shows off his newest wedding gift to the men in Sterling Cooper offices — a ceramic vessel with a tomato bowl for dip and two lettuce leaves for chips — only to be scoffed at and ridiculed. So, like any man concerned with his image, Pete goes to great lengths to cover up his “moment of weakness,” and runs to the department store to exchange it for a gun, claiming to the salesgirl they received two of the dinner party serving pieces.

More: 10 Dip Recipes That Will Win Over a Crowd 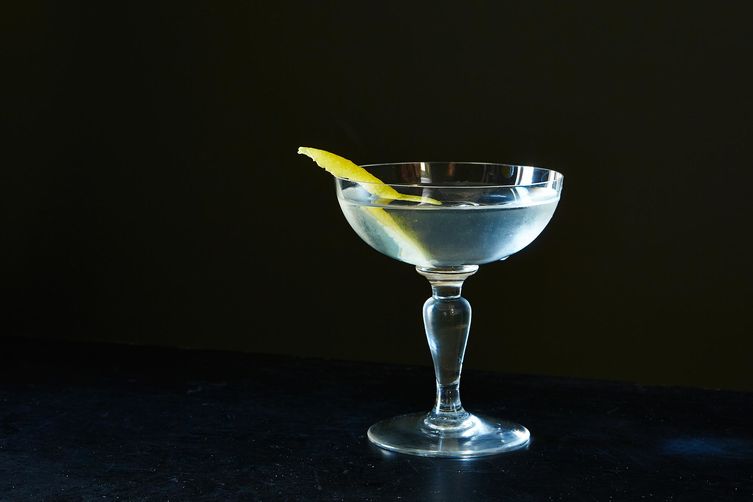 Roger Sterling is a man of his era — often found with a stiff drink in hand, schmoozing a gorgeous young woman, or trying the latest trendy hallucinogenic drugs. In season one, after a “working lunch” of round after round of stiff martinis and raw oysters on the half shell, Roger and Don return to work for a very important client meeting only to discover the elevators in their high-rise building are out. They schlep up the 23 flights of stairs — Don hardly breaking a sweat, and Roger getting red in the face and drenched. As Roger tries to greet their VIP guests, instead he vomits all over the carpet.

More: 5 Ways to Up Your Lunch Game 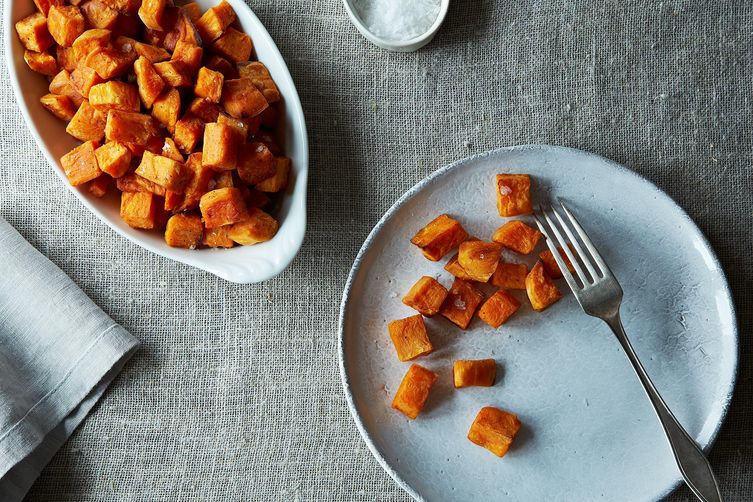 By the time Henry Francis comes into her life, Sally isn’t a little girl anymore. At the first Thanksgiving celebration with her mother’s new beau, Sally’s true colors begin to show. She is stubborn, obstinate, and determined to make her mother’s life difficult. When presented with a sweet potato casserole with mini marshmallows on top, Sally refuses to take a bite. Betty insists and force feeds her child, only to have Sally grimace and spit the half-eaten starch out on her plate. This is only the first inclination of what’s to come for this mother-daughter duo.

5. Sally and Megan get coffee 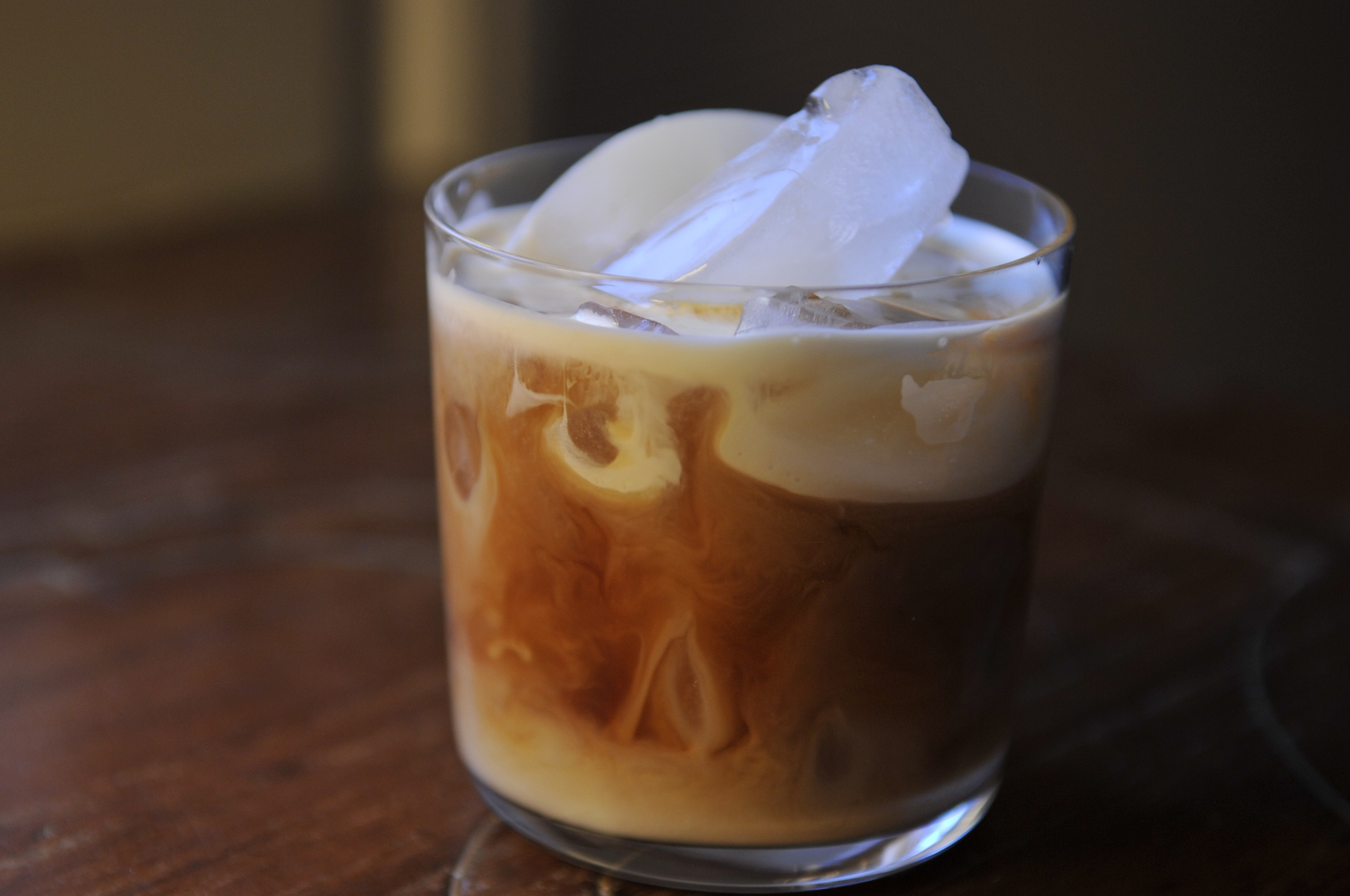 As Sally drifts from both her father and mother (for very different reasons), she becomes increasingly enamoured with Megan Draper. The two lovely ladies spend a day together along with Megan’s chatty wannabe actress gal pal, gallivanting and eventually sitting down at a coffee shop for a drink and a bite to eat. Sally, who is just entering her teen years, yearns to be beautiful and “cool” like Megan, and proceeds to pour about 1/2 cup of sugar into her coffee to make it palatable to her young taste buds. Sally Draper, you sure have grown from the little girl with a plastic bag over her head. 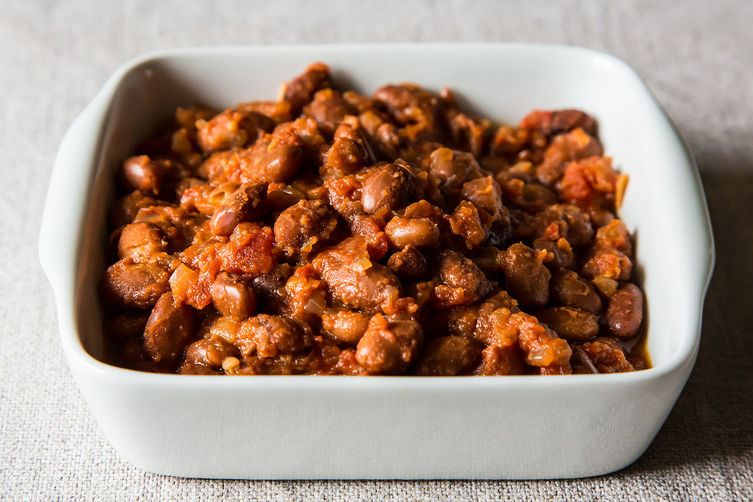 In season six, Peggy Olson has branched out beyond Sterling Cooper Draper Pryce (SCDP), and is now a high-powered copy chief at Cutler Gleason Chaough. Her storyline appears to be completely separate from that of the Mad Men characters we’ve come to know, until she bumps into ex-SCDP colleagues while pitching Heinz Ketchup. To say things are awkward would be a major understatement, but it’s wonderful to see Peggy shine now that she is out of the shadow of Don Draper. 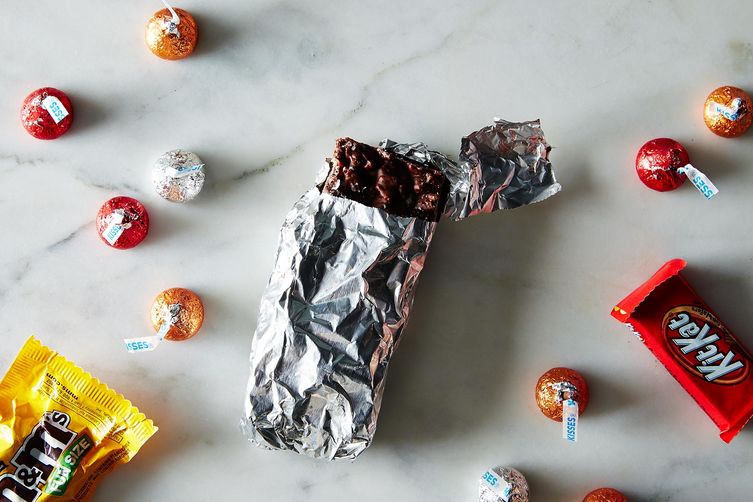 Sometimes alcohol acts as a truth serum, and, at the end of season six, Don comes in to deliver his Hershey’s pitch — completely tanked. Draper begins his spiel like all others, charming the chocolate bar execs and relating their product back to his (fictionalized) childhood. Suddenly, something snaps in Don, and he comes clean about his less-than-idyllic childhood. His coworkers and potential clients look on in shock. 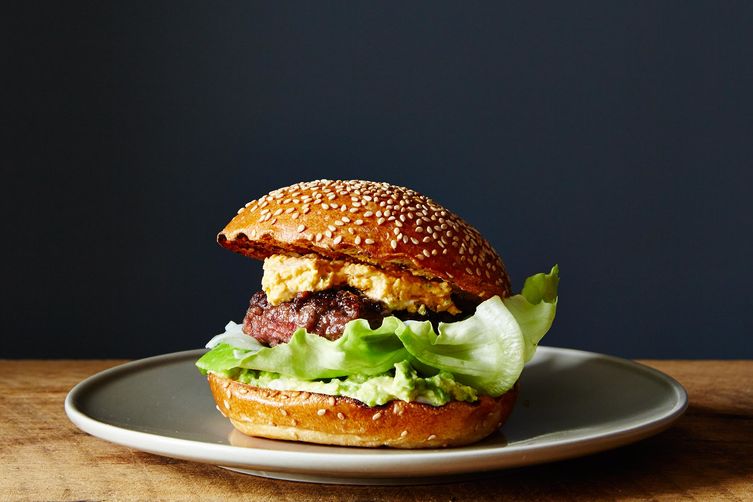 Peggy Olson has probably grown more than any other character in the Mad Men world. At the beginning she was just Don Draper’s sheepish, mousy, and green receptionist. By season seven, however, she is one of the most powerful players in the advertising firm and working very closely with Don to win Burger Chef as an account. The two spend a night working long and hard on their pitch, perfecting it so Don can swoop in and score the goal. To Peggy’s surprise, however, Don steps back and allows Peggy to deliver the copy and concept she invented to the clients. And, low and behold, the student has become the master. Once the deed is done, Peggy, Pete, and Don share a meal at the fast food chain and, finally, appear to be on a more level playing field.

1. Betty’s “Around the World” dinner party 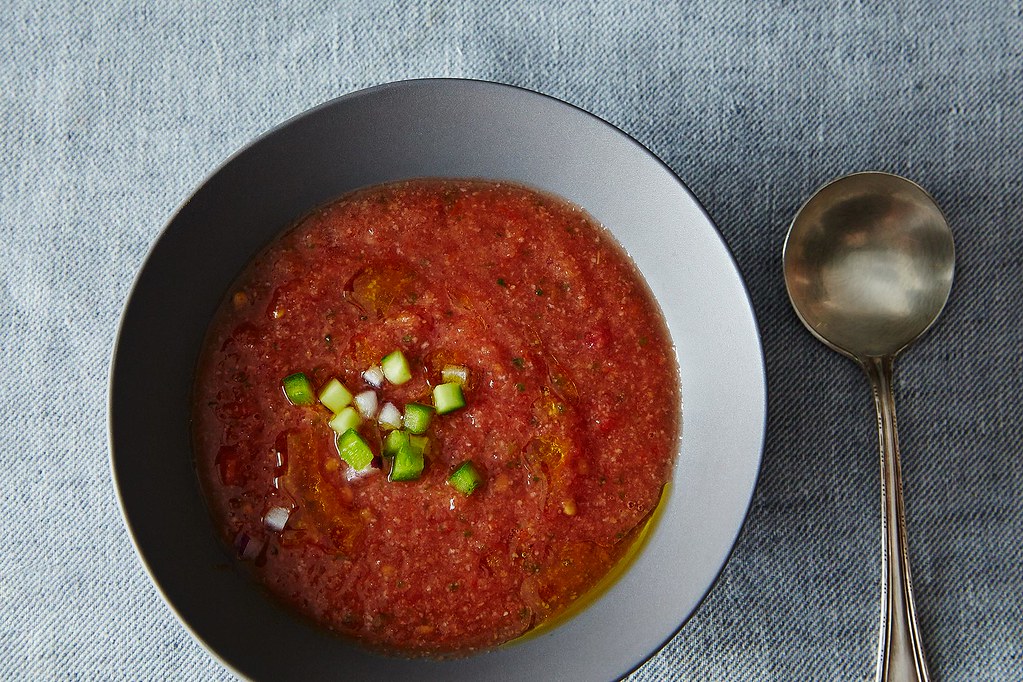 At the beginning of the show’s run, Betty Draper loved to play Suzy Homemaker for her husband. When Don invites a crew of coworkers over for dinner, Betty Draper take a page from the Betty Crocker Hostess Cookbook and puts together a hodge podge of food from around the world. Gazpacho, bordeaux, lamb with mint jelly, and German noodles all make appearances — as random as that may seem.