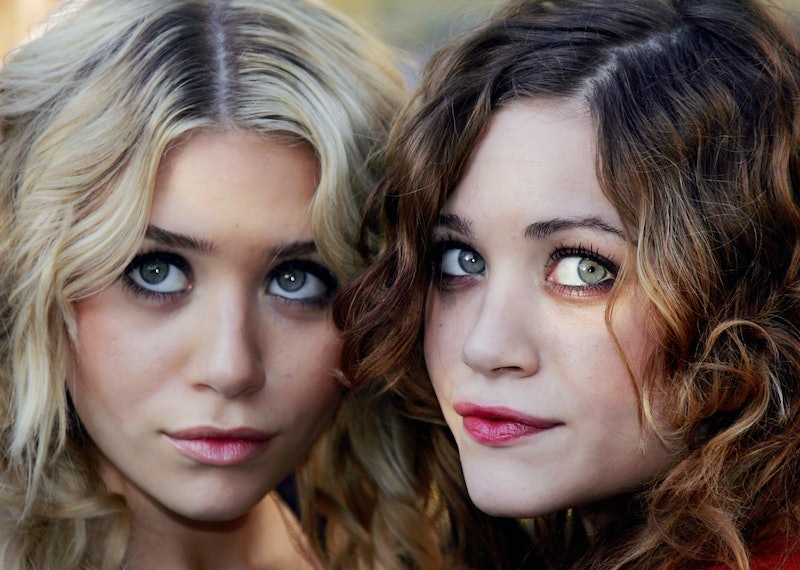 You know when you're at an ice-breaker mixer type thing, and everybody goes around the room and says an interesting fact about themselves, and you rack your brain for a semi-interesting fact about yourself before your turn comes (does the time you met an Aaron Paul lookalike count?). I pretty much never have that problem — I'm a triplet, and it's always been my go-to "cool fact." I'll compound that cool fact with some more cool facts: my siblings and I are fraternal, we look nothing alike, and, as one of my friends put it during the last time I participated in an ice-breaker, "one is a boy." For some reason, the "fraternal" part really causes people to lose their minds.

I totally get that, for the average person, meeting a twin (or triplet, quadruplet, etc.) is a fairly rare and interesting occurrence. I also understand that, as in many life situations, when people learn something novel and interesting about another person, they want to ask them about it. People are naturally curious, I get that. But sometimes (a lot of the time), people let their natural curiosity override their logic. So, on behalf of all fraternal multiple births (and especially me), here are a few etiquette guidelines to follow, so you don't end up with your foot in your mouth.

Quick refresher, guys: identical twins occur when a fertilized egg splits in two. Fraternal twins occur when two eggs are inseminated separately. So since we don't have the exact same DNA, it shouldn't be that hard to grasp that we wouldn't have the same appearances, or even the same sex. And don't get me started on the people who gasp and say, "Triplets! You know you three look nothing alike?" Really, the only time this would be appropriate to ask is if the multiple in question is under the age of three. Otherwise, WE KNOW. We've seen mirrors. And pictures. You're not the first to notice the lack of resemblance.

We really are related. We promise. I mean, unless our parents have been trolling us since birth. But I don't think my parents have that sick of a sense of humor (close, but not that bad). Back to the original point, though: who would make up being twins just to get attention? I don't mean in a "Haha my best friend and I both have blonde hair so we're totally twins" kind of way. Are there any siblings out there who just go around convincing people they were born at the same time for fun? If so, can you guys cut it out?

3. We don't understand your fixation on knowing who's "older"

Or at least, I don't. I can't speak for all multiples on this. I just don't get it? Am I really "the baby" because I was born at 9:20 and my brother was born at 9:19? Does it really warrant that many "awww"s and that high-pitched of a voice? I'm 5'2", I get infantilized enough, please just let me have this one.

4. Really think before you ask if multiples run in our family

Basically people ask this because the assumption is that if there are no other sets of multiples in a family, there's a good chance fertility drugs were involved in the making of those babies. But here's the thing: conceiving is such a private matter, and someone's mother's fertility problems, or lack thereof, are not any stranger's business. Period. Also, again, why does it matter? It doesn't make someone any less of a twin (or quintuplet, or whatever) if their parents got some help along the way from modern medicine.

But my sister and brother and I are pretty close, and sometimes we happen to be thinking the same thing. Sometimes, we even finish each other's......Emily? Andrew? Anybody there? Okay, fine: sentences.