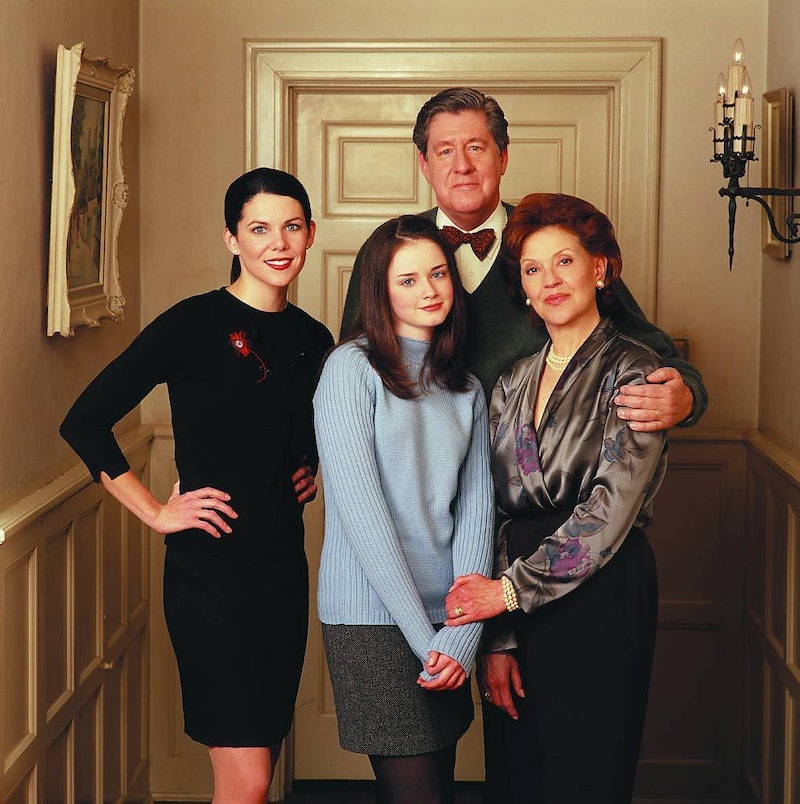 Before Rory Gilmore's daily routine became wearing plaid skirts and commuting to Hartford to engage in the academic Olympics of Chilton Prep, she attended Stars Hollow High and only saw her grandparents on holidays. The Gilmore Girls pilot may not be the single greatest episode of the series (it's up against some stiff competition), but it successfully set the stage for what would become Lorelai and Rory's new reality after that thrilling acceptance letter arrived. Chilton opened countless academic doors for Rory, who dreamed of attending Harvard University practically since she could walk. But more importantly, her acceptance to Chilton was the catalyst that reunited Lorelai with her parents (although a healthy dose of tension would always remain) and allowed Rory the opportunity to develop strong bonds with her grandparents. The pilot was missing a few key characters, but it established the important stuff: Lorelai and Rory's close relationship, Rory's academic drive, and the mother and daughter's unparalleled passion for coffee. Now that Netflix has blessed us with the entire series, we can re-visit the academic competition with Paris, Friday night dinners, what life in Stars Hollow looked like, anytime we want.

So! Here are a few things you've probably forgotten about the Gilmore Girls pilot, which first premiered in 2000.

"Where You Lead" Wasn't The First Song Played

We all know Gilmore Girls has the best theme song ever, but it wasn't the first song we heard in the pilot. The episode opened with "There She Goes" by The La's playing as Lorelai walked through Stars Hollow to (where else?) Luke's Diner.

The first lines of Gilmore Girls were Lorelai begging Luke for more coffee.

Rory was a sophomore at Stars Hollow High in the pilot and was thrilled to be accepted to Chilton, the first step on her path to an Ivy League education.

McCarthy wasn't a household name when Gilmore Girls debuted, but her physical comedy and hilarious one-liners established her as a comedian destined for stardom.

Sean Gunn appeared in Episodes 2 and 3, first as a DSL installer and then as the guy delivering swans to the Independence Inn. His first appearance as Kirk Gleason came in Episode 5, when he introduced himself as the assistant manager at Doose's Market.

And So Was Taylor

Taylor was also absent from the pilot, although Miss Patty referenced him when she helped Dean find a job. His first appearance wasn't until Episode 7 and he remained a staple side character for the rest of the series, enforcing ludicrous town ordinances and bickering with Luke.

But Michel Was There From the Beginning

Michel, the irritable and impeccably dressed concierge, immediately became one of the side characters we were always excited to see on screen.

Drella Was There, Too

The grouchy harpist who preferred playing Black Sabbath to classical was in the pilot, but she mysteriously disappeared after Episode 4. (Seriously, did anyone ever check on Drella? Was she just skipping work for the rest of the series?)

Rory Wasn't Supposed to Know Her Grandparents Were Paying For Chilton

At Lorelai's request, Emily and Richard agreed that Rory didn't need to know her grandparents were funding her Chilton education. That plan fell apart pretty quickly when Rory overheard Emily and Lorelai arguing in the kitchen during the inaugural Friday night dinner (the Gilmore women share strong lungs).

Rory Changed Her Mind About Chilton

After she met Dean, Rory decided she wanted to stay at Stars Hollow High, prompting her first on-screen fight with Lorelai.

Richard doted on his granddaughter for most of the series and the two became very close, but he barely spoke to her at the first Friday night dinner.

Lorelai & Sookie Already Dreamed Of Opening Their Own Inn

Lorelai and Sookie didn't open the Dragonfly Inn until the Season 4 finale, but the pilot included multiple references to their dream of someday owning an inn together. Images: Warner Bros. Television (4); fyeahgilmoregirls (2), tvismylife,