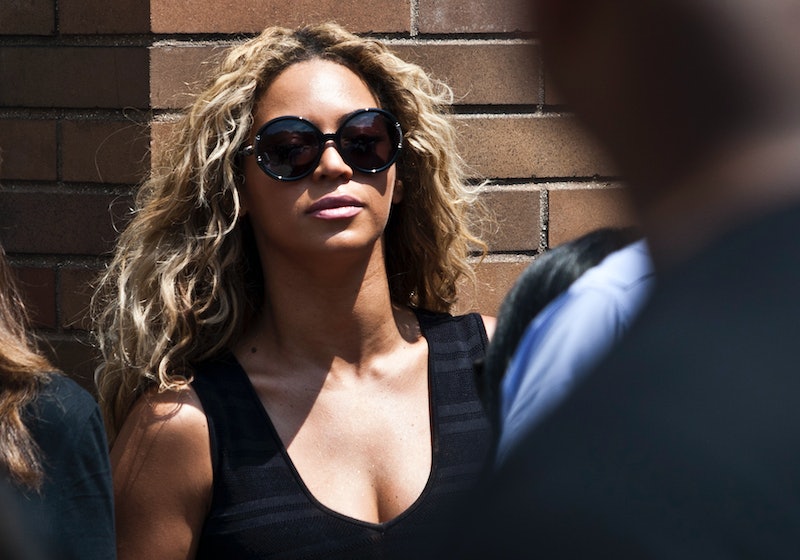 Well, this is new, but not entirely unexpected. A woman gave her boyfriend a "Beyoncé test" she created herself to see if he's worthy of being with her, because priorities. The woman, Allie Davis, who goes by @Fergyonce on Twitter, is potentially the ultimate Beyoncé super fan. So it makes sense (I guess) that the twenty-one year old created a "test" for her boyfriend in order to determine his knowledge of Beyoncé and subsequently whether or not it was worth continuing in a relationship with him. Girl, I've got to tell you, if my boyfriend had an encyclopedic knowledge of my pop icons (Katy Perry, Usher), I think that might be grounds for a divorce. As far as I'm concerned, as long as he knows I like them, that's enough! Only one person in any couple needs to possess that much knowledge of a pop star. Otherwise, it's just...too much to deal with. But then again, I'm not 21 years old, and I wouldn't really consider myself a fanatic supporter of any specific pop star. In other words, I don't know your life, Allie. I do, however, respect that you know what matters to you in a partner and aren't shy about making sure you're getting it. That is something I think all women can get behind.

The test has some questions about One Direction (including the incredibly subjective, "Should Harry Styles cut his hair?"), a few about Jay Z and Kanye West, but focuses mostly, obviously, on Beyoncé. The boyfriend actually passed with flying colors. The only problems he had were deficiencies in his description of the "elevator incident" and identifying Beyoncé as a rapper, which Allie corrected as she is NOT.

If you're interested in testing your loved one on their Bey Knowles-dge, you can grab a blank copy of the test on Allie's site. She's also taken the liberty of creating a One Direction test too, in case that's where your inclination lies. Meanwhile, I think the test is too easy. If you really want to see if your SO loves Beyoncé, here are some deep cuts you can test him/her with:

Q: What food was Beyoncé so obsessed with she allegedly had it flown in from London?

Q: Which famous photographer's set did Beyoncé walk off?

A: David LaChappelle's, in 2003, when the photographer asked her to strip and be covered in honey.

Q: What word in the Oxford English Dictionary does Beyoncé claim she coined?

Q: What is Beyoncé allergic to?

Q: How many number one albums has Jay Z had?

Q: What was Jay Z's first number one single (credited as first artist)?

A: Strangely enough, despite his record breaking album record, his first Billboard number one song on which he was credited as the first artist was "Empire State of Mind" in 2009.