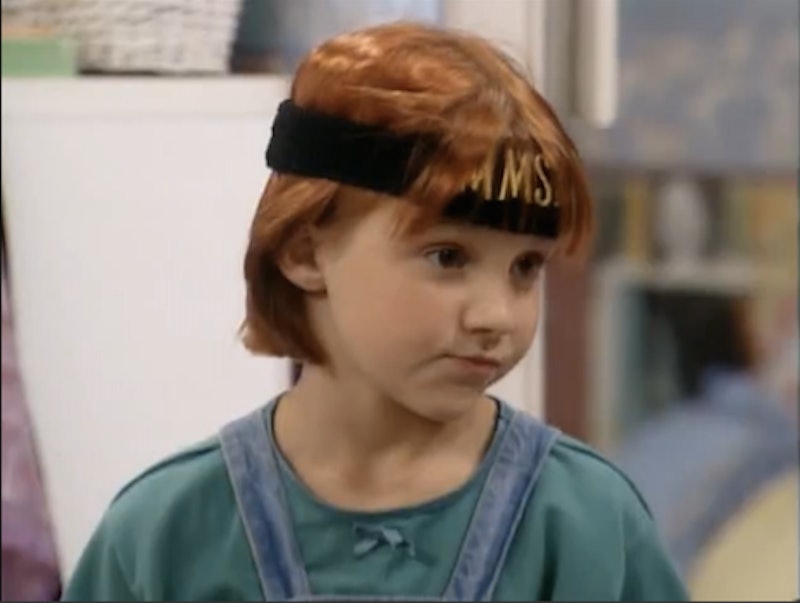 Just like everyone else who grew up in the early '90s, I was obsessed with Full House as a kid, and basically still am. Despite ending in 1995, the show has remained in the spotlight, and now with a rumored revival on the horizon, it will probably get even more attention. The main characters on the show have all kept relatively public profiles since it came to an end, but what about the smaller characters on Full House , like Lisa Leeper, Michelle Tanner's friend? What is she up to nowadays?

Lisa was Michelle's friend who appeared in the final season of the show. She was first seen in the episode when Michelle, Lisa, Derek, and Aaron create a secret club, and Danny accidentally mentions that he knows about it, leading Michelle to be kicked out of the club. I know, super lame move on Danny's part. Lisa, although only featured in five episodes, made a lasting impression, largely due to her unforgettable side-by-side duet with Derek, singing "Don't Go Breaking My Heart." But beyond her career as Michelle Tanner's friend — a career I still wish I was worthy of — what has the actress who portrayed her, Kathryn Zaremba, been doing?

In cased you missed those adorable vocals of Lisa, fear not, because Zaremba starred in the 1993 revival of Annie as the titular character.

Zaremba starred on The Jeff Foxworthy Show for a year when the show transferred to NBC in 1996. She played Nettie, Matt's best friend (Matt was played by Haley Joel Osment, because Zaremba only gets to be TV best friends with the coolest people).

Zaremba's final acting credit is the 1997 film Toothless, which also starred Kirstie Alley as the Tooth Fairy. Zaremba played Carrie, and yes, that's a young Kaley Cuoco next to her (and so the trend of cool best friends continues).

According to her current website, Zaremba got her Bachelor of Fine Arts degree in Interdisciplinary Art Studies from the Kansas City Art Institute in Missouri. In 2009, she went to Washington D.C. — where she currently resides — for graduate school.

Began A Career As An Illustrator & Surface Designer

Zaremba has left behind her Hollywood career for that of a designer. She designs and produces prints for wallpapers, textiles, stationery, and posters. You can look at all of her work on her company's website, Kate Zaremba Company, where it's also available for purchase.

Even though Zaremba hasn't acted since 1997, she doesn't have a problem throwing it back when it's appropriate.

I'm so glad that, just like the rest of us, Zaremba hasn't forgotten about Full House.